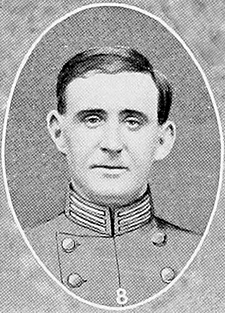 George Patterson, clergyman, was born in Boston, Mass., of Greek-American parentage. His father was Petro Papathakes, a native of Greece and member of the Greek Orthodox faith, and his mother Louisa Miles, a Unitarian of Massachusetts. At his baptism his surname was changed from Papathakes to its English equivalent, Patterson. Patterson received his early education at Nashotah House in Wisconsin and later attended The University of North Carolina. In 1850 he received permission to take his pastoral training in North Carolina. In 1852 Bishop Levi Silliman Ives ordained him deacon in North Carolina, and in 1856 Bishop Thomas Atkinson ordained him priest. In his early years he adopted a vow of celibacy, a promise that he maintained throughout his life.

During his first year in the church, Patterson served as rector of the church at Plymouth. From 1852 to 1861 he was a missionary to the slaves belonging to Josiah Collins, owner of the massive Somerset Plantation in Washington County. Near the onset of the Civil War, he joined the Confederate cause as chaplain of the Third North Carolina Regiment. As a result of his devout service, late in the war he was made post chaplain at the Chimboraze Hospital in Richmond.

Following the Civil War he located in Wilmington, where he served successively as rector of two Episcopal churches, including eleven years at St. James's from 1870 to 1881. During the following year he moved to Tennessee to be financial agent for the University of the South at Sewanee. He then spent four years as a missionary in Tyler, Tex., before returning to Tennessee, where he finished his career (1885–1901) as a beloved rector of Grace Church in Memphis. He was awarded an honorary degree by The University of North Carolina (1877) and the University of the South (1895).

Despite his origins, Patterson became a devotee of the South and of the institution of slavery. His views on slavery were revealed in a pamphlet, entitled The Scripture Doctrine with Regard to Slavery, that he published anonymously in Pennsylvania in 1856. In the pamphlet Patterson asked "Is slavery a sin?" and attempted to argue in the negative by citing dozens of passages from the Old and the New Testament that seemed to provide at least scriptural approval of the practice. The piece became one of the more prominently known defenses of slavery.