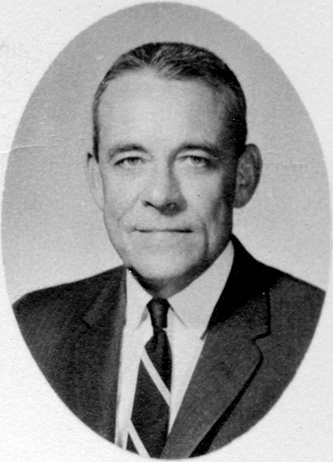 Harvey Cloyd Philpott, manufacturer, legislator, and lieutenant governor, was born in Bassett, Va., the son of Benjamin Cabell, Sr., and Daisy Hundley Philpott. The family moved to Lexington, N.C., in 1920, when the elder Philpott purchased a bankrupt furniture plant. As a young man, Cloyd helped his father in the family business and attended Lexington High School. He also attended Eastman Business College and was graduated from Virginia Military Institute in 1929. Entering the furniture business, he became president and chairman of the board of the United Furniture Corporation and of the Philpott Furniture Corporation of Lexington. As a member of the Southern Furniture Manufacturer's Association, he served a term as its president. In 1956 he was named Furniture Man of the Year at the American Furniture Mart.

Philpott once stated that his interest in politics began with his election in 1934 to the Lexington School Board, where he served until 1945; he was chairman of the board from 1943 to 1945. During all of these years he demonstrated concern for the promotion of education throughout the state. He was a trustee of Wake Forest College and chairman of the Committee of One Hundred for the development of Campbell College.

During the period 1945–49 he was mayor of Lexington and from 1949 to 1956 he was a member of the Lexington Utilities Committee. He also served on the board of directors of the Commercial Bank of Lexington and the Mutual Savings and Loan Association in Lexington. In 1953 he was elected to the state house of representatives, in which he served until 1959. In the house he was a member of the Pearsall Committee and chairman (1958) of the Commission on the Reorganization of State Government. Though conscious of the business interests in the state, Philpott was not a strict conservative and was known in the General Assembly as a man who voted his convictions. He was instrumental in the enactment of the state minimum wage law, though business urged its defeat.

In November 1960 Philpott was elected lieutenant governor, defeating the Republican candidate by more than 230,000 votes. He died in office at age fifty-two and was buried in Forest Hill Memorial Park, Lexington.

We the People of North Carolina, September 1961.