Paul Apperson Reid, a professional educator who in a forty-three-year career served North Carolina at every level of the public education system, was born in Stokes County, the son of Margaret Apperson and William Henry Reid. Nevertheless, he consistently claimed Surry as his native county, noting that his father was only temporarily managing the Vade Mecum mineral springs at the time of his birth. Educated in the Pilot Mountain public schools, Paul Reid entered The University of North Carolina to prepare for a business career. He interrupted his studies to become a temporary teacher in a rural two-teacher Surry school. There he met his future wife Magdalene (later known in Cullowhee as Madeline) Fulk, the other teacher in the Hill's Chapel elementary school, and decided on a career in education. Subsequently, he returned to the university and was awarded a B.A. in education (1929). In 1938 he received the M.A. degree in history. 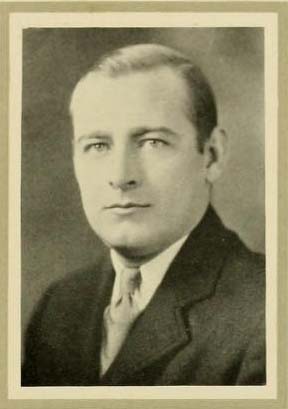 When Reid accepted the presidency of Western Carolina Teachers College in 1949, it was against the advice of some Raleigh friends who believed that the Cullowhee institution had no future and that he would fade into oblivion in the remote mountains of western North Carolina. Indeed Western Carolina, founded in 1889 as Cullowhee High School, had long struggled for survival and was still relatively small and obscure. But Reid, mindful of the efforts of his predecessors, undertook his work with skill, diplomacy, and optimism. He began to plan for an expanded curriculum and for the addition of land and buildings. In 1953 the state legislature authorized a change in function and name; Western Carolina College was authorized to offer baccalaureate degrees in the liberal arts and graduate degrees in education. Subsequently programs in business and industrial arts were developed, and in the 1960s masters' degrees in the arts and sciences were initiated. In 1967 Western Carolina became a regional university and was reorganized into several academic schools, and a faculty senate was established.

When he retired as chancellor of Western Carolina University in 1968, Reid could reflect on two decades of solid accomplishment. The board of trustees praised his "dynamic leadership, exceptional educational statesmanship and wise administrative guidance," noting the following growth during his presidency, 1949–68: student population, from 600 to 4,000; faculty, from about 50 to 240; buildings, from 12 to 36; capital investment, from $1.6 million to $26 million; and operating budget, from $500,000 to $5.5 million per year.

After Madeline Fulk Reid died in March 1955, Paul Reid was lonely, despite numerous friends in Cullowhee and the region. A year later he resigned and returned to Raleigh to become assistant director of the Board of Higher Education, a position he held for eighteen months. During this time he was awarded an honorary Litt.D. by High Point College, and a new physical education-athletic facility on the Cullowhee campus was named in his honor. In August 1957, after his marriage to Nettie Dockery Haywood of Raleigh, Reid resumed the presidency of Western Carolina College. After his retirement in 1968, he and Nettie Reid traveled extensively and divided their time between homes in Florida and at Lake Junaluska before settling in his native Pilot Mountain. But his interest in Western Carolina never flagged. In his last years the Reids gave the institution over $100,000 to support student scholarships and to provide annual awards to outstanding faculty members and administrators.

Trained in history, Reid published one book: Gubernatorial Campaigns and Administrations of David S. Reid, 1848–1854 (1953). Reid and his subject were not related.

Western Carolina University Board of Trustees Resolution, 11 May 1968.