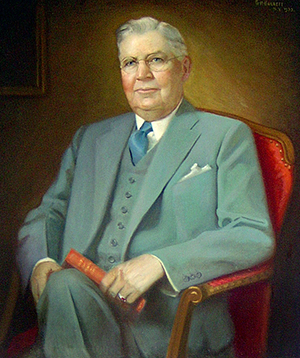 William Neal Reynolds, tobacco manufacturer and philanthropist, was born in Critz, Patrick County, Va., the son of Hardin William and Nancy Jane Cox Reynolds and the younger brother of Richard Joshua Reynolds. (For information on the family and on the business in which both men were involved, see the sketch of Richard J. Reynolds.) In 1881 William Neal Reynolds began working with Richard J. in his plug tobacco manufacturing firm in Winston, and in 1886 they formed a partnership that also included Henry Roan, the company's bookkeeper. The R. J. Reynolds Tobacco Company was chartered as a corporation by the state of North Carolina on 11 Feb. 1890. When it became a part of the American Tobacco Company trust on 4 Apr. 1899, it received a New Jersey charter. It resumed independent operations on 1 Jan. 1912.

William Neal Reynolds served as a director of the R. J. Reynolds Tobacco Company from 12 Feb. 1890 to 14 May 1942. He also was vice-president (the first one) from the beginning of his directorship until 2 Aug. 1918, when he became president. He filled this position until 8 Apr. 1924 and was chairman of the board (again, the first one) from that date until 6 May 1931. He then was chairman of the executive committee of the board until 14 May 1942.

After attending local public schools Reynolds entered King College on the Virginia-Tennessee line in the town of Bristol. His father died shortly afterwards, and in September 1882 he transferred to Trinity College, in Durham, N.C., where he remained for two years. Having worked for several years on an irregular basis in his brother's tobacco factory, he then joined him full time. He learned the business almost from the ground up and after five or six years was in charge of buying the leaf tobacco.

Reynolds had additional business interests. He was president of the Piedmont Park Company and the Winston-Salem Hotel Company and was a director of the W. S. Judy Seed Company. In addition, he was owner of Tanglewood Farm on the Yadkin River west of Winston-Salem where he raised fine stock and was widely known as the owner of standard-bred race horses. In the racing season 1909–10 one of his horses won fifteen of the seventeen races. He trained many of his horses personally and was the first president of the Union Trotting Association. Reynolds also owned the Arrowpoint breeding farm near Lexington, Ky., and held an interest in Seminole Park near Orlando, Fla. With others involved in racing he established the Hambletonian Stakes, and in 1933 one of his horses won the Hambletonian.

Duke University was an early beneficiary of his philanthropy, but he afterwards turned his attention to North Carolina State College and still later to Wake Forest College. He was active in the creation of the Z. Smith Reynolds Foundation, named in honor of the youngest son of his brother, Richard J. The foundation was instrumental in moving Wake Forest College to Winston-Salem, where it was established on the R. J. Reynolds estate. Reynolds also erected and equipped a hospital in Winston-Salem for blacks and named it the Kate Bitting Memorial Hospital in honor of his wife. He founded the Cox School in Stokes County, N.C., as a memorial to his mother and the Hardin Reynolds School in Patrick County, Va., as a memorial to his father.

He was married in 1889 to Kate G. Bitting, but they had no children. His Tanglewood estate was left as "a public park, playground, and amusement center for the white race," but in time the city of Winston-Salem acquired it and opened it to the general public. The Z. Smith Reynolds Foundation received the remainder of his estate to benefit various charitable causes in the state. Reynolds and his wife were members of the Presbyterian church, and he was a member of the Knights of Pythias and the Benevolent and Protective Order of Elks. 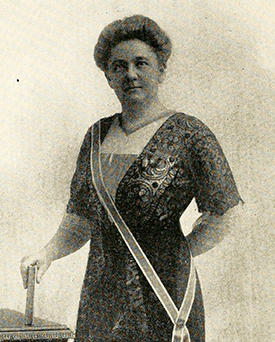 Bryan Haislip, A History of the Z. Smith Reynolds Foundation (1967).