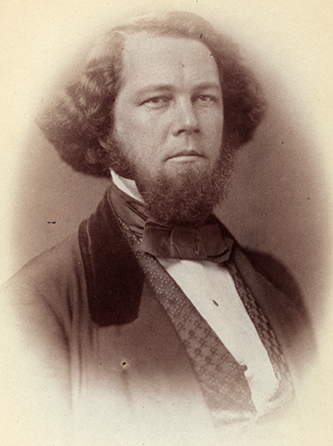 Thomas Ruffin, attorney, congressman, and Confederate officer, was born in Greene County not long before his parents, Henry John Gray and Mary (Polly) Tartt Ruffin, moved to their new plantation near Louisburg in Franklin County. After attending a private academy, he received a B.A. degree from The University of North Carolina in 1841 and then studied law under George E. Badger of Raleigh before beginning his practice in the new town of Goldsboro.

Having decided to try his fortune in the Ozark region of Missouri, Ruffin became circuit attorney for the Seventh Judicial District there and attained considerable recognition in 1844–48 as a fearless upholder of law and order despite the considerable personal risk. In 1846 The University of North Carolina awarded him an M.A. degree. On 31 August he became first lieutenant of the Ozark Mountain Guards, First Infantry Regiment, which had been organized for the Santa Fe Expedition and continued to campaign in the southwest, without actually crossing the border, during the course of the Mexican War.

Returning to Goldsboro by 1850, Ruffin resumed the practice of law and became active in local Democratic affairs. The wealthy and childless Dr. Josiah O. Watson, who had married a sister of Ruffin's mother, thought so highly of him that Watson's will of 1852 enriched Ruffin with a large plantation in Johnston County and fifty-one slaves. The uncle's generosity was not misplaced, because his admired nephew served as a representative to the U.S. Congress from 4 Mar. 1853 to 3 Mar. 1861 and to the special Peace Congress of 4–27 Feb. 1861. Ruffin resigned shortly after the secession of North Carolina and represented the Second North Carolina District in the Provincial Congress of the Confederate States held at Richmond during the period 18 June–25 July 1861.

On 16 May 1861, after declining the rank of colonel of an infantry regiment, Ruffin became captain of Company H, Ninth North Carolina (First Cavalry) Regiment, Confederate States of America. He was actively engaged most of the time until captured on 29 June 1862 at Willis Church, Va., and confined briefly at Fort Warren near Boston before being exchanged at Aiken's Landing on 5 August. In a fierce cavalry charge at the Battle of Gettysburg, he received a serious saber cut on the head but shot and killed the Yankee officer who had inflicted it.

Ruffin had been elevated to the rank of major on 29 June but was promoted to lieutenant colonel on 23 July, the day after being admitted to the military hospital at Richmond. On 15 October he was "mortally wounded during a successful charge" at Auburn's Mill, near Fairfax Court House, where he fell from his horse and was captured with a minié ball in his forehead. He died unmarried in the Federal Military Hospital at Alexandria. His remains were placed in a private vault at the hospital, and all his personal effects were carefully preserved by some Southern women until they could be returned safely to his family in Franklin County. 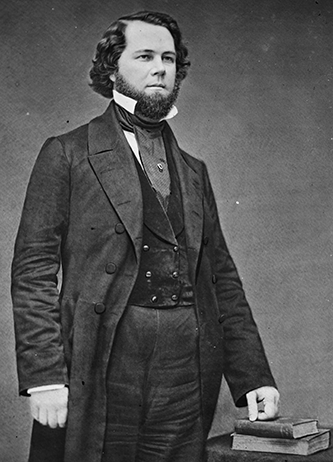 A Biographical Directory of the American Congress (1971).

Vantilla Ruffin was married to my Great-Granduncle Starkey Smith Cowan of Windsor. I am the Great Grandson of Charles Edward Cowan, a brother of Starkey Smith Cowan. My great grandmother was Elizabeth Wynns. Through her I am a first cousin seven times removed to Congressman Thomas Wynn-DR from North Carolina. He father was Col. Benjamin Wynns who founded Winton.