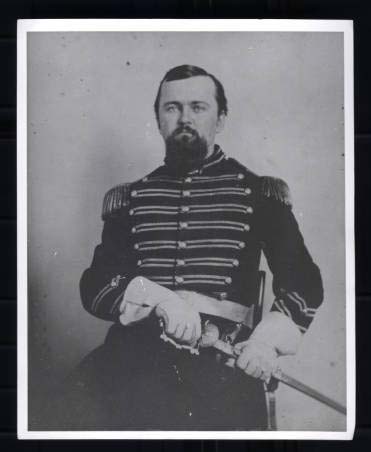 “I decline to answer.” Those words are inscribed on the tombstone of William Laurence Saunders (1835-1891) at Calvary Episcopal Church in Tarboro. The Confederate veteran, North Carolina Secretary of State, and editor of the ten-volume Colonial Records of North Carolina invoked the Fifth Amendment over 100 times in the course of Congressional investigations into Ku Klux Klan activity in the state. The stance earned him the respect of many of his contemporaries but, in the modern era, has proven to be a blemish on a life of notable achievements.

Born in Raleigh, Saunders graduated from the University of North Carolina in 1854. A building on UNC Chapel Hill's campus was originally named for William Laurence Saunders in 1922, but was renamed Carolina Hall in 2015. He tried his hand at the law and at journalism before enlisting in the Confederate army. He rose to a colonelship and commanded the 46th Regiment, North Carolina Troops. Wounded at the Battle of the Wilderness, he took a minie ball in the mouth, thereby permanently impairing his ability to speak clearly.

His complicity in the activity of the KKK (historian J. G. deRoulhac Hamilton indicates that he was the head of the Invisible Empire in the state) led the Congressional committee to call him as a witness in 1871. The following year he joined his brother-in-law Joseph Engelhard in editing the Wilmington Journal, a leading voice for the Democratic Party. When Engelhard was elected Secretary of State, Saunders followed him to Raleigh. When Engelhard died, Saunders succeeded him and went on to reelection in 1880, 1884, and 1888. Suffering from crippling rheumatism, Saunders was confined to a wheelchair after 1880.

Saunders’s major and lasting contribution was to history rather than journalism or politics. With the discovery in 1879 in the Capitol of a cache of documents, Saunders dedicated himself to editing the records for publication.