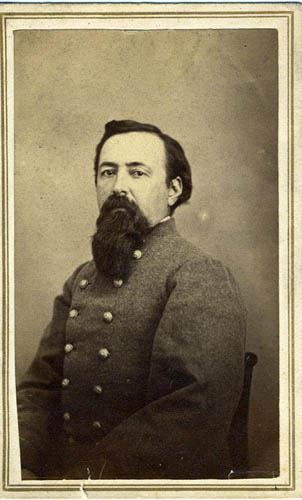 Joseph Adolphus Engelhard, soldier and editor, was born at Monticello, Miss., the only son of Edward and Sarah Benson Engelhard. He attended the local schools of his birthplace, a preparatory school in New Albany, Ind., The University of North Carolina, where he was graduated in 1854, and Harvard Law School, completing his preparation for the law under Judge W. H. Battle in Chapel Hill and Judge Daniel G. Fowle in Raleigh. Two Chapel Hill classmates—R. H. Battle, Jr., and William L. Saunders—were his lifelong friends. The latter also became his brother-in-law on 26 Sept. 1855 when Engelhard married Margaret Eliza Cotten, daughter of John W. Cotten of Raleigh, and Saunders married her sister Florida Cotten. The Engelhards were the parents of two sons and two daughters.

In 1857 Engelhard began a law practice in Tarboro. In May 1861 he left his growing practice to serve as captain and quartermaster of the Thirty-third Regiment, commanded by Colonel L. O'B. Branch who later fell in battle at Sharpsburg. Rising to the rank of major, Engelhard was made adjutant general and transferred to General W. D. Pender's brigade, replacing Captain Samuel Ashe who had been taken prisoner. From May 1863 until the close of hostilities he was division adjutant, first under General Pender, then—after Pender fell at Gettysburg on 2 July 1863—under General C. M. Wilcox. Assuming command of the right flank of his division after the loss and wounding of many officers, Major Engelhard had his horse shot from under him as he reached the opposing lines. At the request of General Robert E. Lee, Engelhard later prepared the official report of the performance of Pender's division during the three-day Battle of Gettysburg.

When the war was over, President Andrew Johnson restored North Carolina to the Union in the summer of 1865 and set up a provisional government. The following November a legislature was elected. A strong Democrat all his life, Engelhard was selected as secretary of the senate; he was reelected to this post in 1866.

Meanwhile in December 1865 death claimed James Fulton, longtime editor of the Wilmington Journal, founded by Alfred Lanier Price. In March 1866 Engelhard acquired a substantial interest in the newspaper, which then had a statewide circulation. For ten years his editorial policies and business management enhanced the appeal and influence of the Journal far beyond Wilmington. In 1872, at Engelhard's instigation, the North Carolina Press Association (NCPA) was organized by journalists in the state who met in Charlotte. On May 14, 1873, Engelhard was elected President of the NCPA during a meeting of member journalists near Walnut Street in Goldsboro, N.C.

The Journal 's editor became the voice of the Cape Fear region in protest of the acts of Reconstruction. In 1870, Engelhard championed the candidacy of Colonel A. M. Waddell in his bid for Congress. He also espoused the Democratic organization of the northern states as "the hope of the South," and so brought white southerners by droves into the Democratic party in North Carolina. In 1872, he was a delegate from the Cape Fear region to the Democratic National Convention in Baltimore. When the African American populace came to dominate county governments in eastern North Carolina, Engelhard called for a state convention in 1875 to revise the Constitution as it related to local governments. Thereafter the unreasonable issues of Reconstruction were considerably mitigated.

By a majority of approximately 18,000 votes Engelhard was elected secretary of state for North Carolina in 1876. Less than three years later, he died in Raleigh after a brief illness. His funeral was held at Christ Episcopal Church and burial was in Oakwood Cemetery. He was succeeded in office by his Chapel Hill classmate and brother-in-law, Colonel William L. Saunders, after John Manning declined the appointment.

NCPEDIA fails to include that

NCPEDIA fails to include that Joseph A. Engelhard was elected the first president of the North Carolina Press Association on May 14, 1873, at a meeting in Goldsboro. This information is reported in a NCDNCR article dated 01-19-2017. There is also an official North Carolina Highway Historical Marker ( #F-51 / erected in 1973 in Goldsboro ) that confirms this fact. Below is part of the NCDNCR article:
" A group of male journalists representing newspapers across North Carolina met in the Goldsboro courthouse and established the North Carolina Press Association “for mutual benefit and protection. The group elected Joseph A. Engelhard, editor of the Wilmington Journal and chief instigator of the new organization, as its first president. One of the NCPA’s early initiatives was to impose regulations on advertising, as the claims of some Victorian-era patent medicine companies had become a point of contention among newspaper professionals. "
Please add this information to the NCPEDIA article. Thank you.