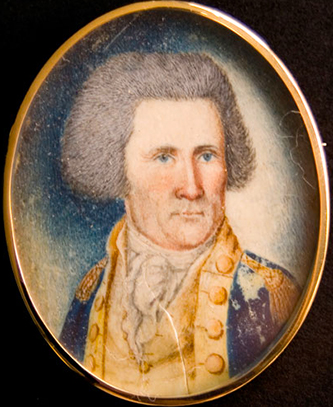 John Sevier, Indian fighter, land speculator, Revolutionary soldier, and statesman, was born near the present town of New Market, Va., the son of Valentine and Joanna Goade Sevier. Religious persecution drove the Xavier family, as the Seviers were known then, from France to England, and by 1740 Valentine and his brother William had arrived in America. Valentine, settling in the Shenandoah Valley in modern Rockingham County, Va., soon married and became a prosperous farmer, trader, merchant, and tavern owner.

The oldest of seven children, John Sevier received little formal education (he studied briefly in Fredericksburg and at Staunton Academy), but even as a youngster he demonstrated qualities of maturity, perseverance, affability, and good judgment, which in adult life made him a leader among the frontier people. At age sixteen he married Sarah Hawkins and settled in the vicinity of his birth where he farmed, dealt in furs, speculated in land, and ran a tavern. By 1773 he had received a commission in the Virginia militia, but in that year he moved with his immediate family to the Watauga region of North Carolina (then the western frontier of the state but now in Tennessee) and settled on the Holston River.

Sevier became a commissioner of the Watauga Association, a homespun government developed by the frontiersmen, and in that capacity was among those who petitioned North Carolina officials for recognition of Watauga. When officials created the Washington District (soon to become Washington County) from the Watauga settlement, Sevier was a delegate to the Provincial Congress in Halifax. Soon appointed a lieutenant colonel in the state militia, he became known for his prowess as an Indian fighter. As one writer has indicated, he was "a scourge of the Cherokees" as he drove the natives from the Watauga area.

Sevier's reputation as a leader and a soldier was greatly enhanced in 1780, when the Revolutionary War reached into the frontier and he, with other colonials, repelled the British at King's Mountain. Major Patrick Ferguson, the British officer assigned to protect the left flank of Lord Cornwallis's troops, had been annoyed by the presence of armed frontiersmen and determined to "march over the mountains" and "lay their country waste with fire and sword." Sevier and others got together a group of frontiersmen and, armed with rifles, went to meet him; they encountered Ferguson's army of more than one thousand men at King's Mountain just over the border in South Carolina. Effectively camouflaged, they killed and wounded more than one-third of the troops and made prisoners of the others. The victory, a turning point in the Revolution in the South, brought widespread recognition to Sevier and gave great impetus to his political and military career, which would continue for thirty-five years.

Several months before King's Mountain Sevier had moved his family southwards from the Holston settlements to land on the Nolichucky River. There he built a comfortable home, established a plantation that he called Plum Grove, served as clerk of the county court of Washington County, and became one of the West's foremost land speculators. It was because of his residence on the Nolichucky River that he acquired the name of "Chucky Jack."

Talk about western statehood began even before the war ended, and frontiersmen listened with considerable interest to plans developed by Thomas Jefferson for more than a dozen new states in the transmontane country. It was a spirit of independence and desire for recognition that brought about in 1784 the "State of Franklin," with Sevier as governor. In defiance of North Carolina, frontier leaders formed a government and petitioned Congress to create Franklin as the fourteenth state of the new Union. National authorities did not wish to defy a sovereign state, however, and within a few years the statehood movement collapsed. Sevier was arrested and charged with treason but was never tried.

In the same year that Franklin collapsed (1788), Sevier was elected to the North Carolina Senate and participated in the passage of a resolution pardoning him for his association with the rebellious Franklinites. He represented Greene County in the convention in which North Carolina voted to ratify the new federal Constitution. In 1790 he was elected to Congress. 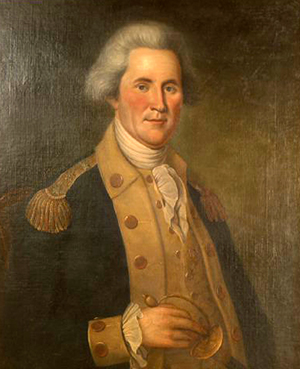 After one term in the House Sevier returned home to participate in the affairs of the newly created Southwest Territory, which eventually would become the state of Tennessee. He probably was the choice of a majority of the backwoodsmen for governor of the territory, but that appointment was given to his friend, William Blount, who immediately appointed Sevier as one of the two brigadier generals. Sevier played a prominent role in the civil as well as military affairs of the territory. In December 1793 freemen possessing a freehold of at least fifty acres elected a territorial house of representatives consisting of thirteen members, who, in turn, selected a group of ten men from whom President George Washington appointed five to serve as a "council," or upper house. Sevier was one of the five appointed; his selection, Blount wrote, was "considered by the people at large a thing certain."

The territorial government continued to function until 1796, when Tennessee was admitted as the sixteenth state. In the selection of officials, voters elected Sevier as governor. The state constitution provided that the first governor should hold office until the fourth Tuesday in September 1797, that the term should be two years, and that an incumbent should "not be eligible more than six years in any term of eight." Sevier was reelected in 1797 and again in 1799.

Constitutionally barred from seeking the governorship in 1801, Sevier plunged into land speculation, farming, and military activity for a year or two but then returned to the hustings in 1803 and defeated incumbent governor Archibald Roane. He was reelected in 1805 and 1807 with little if any opposition and thus served for six terms as governor of Tennessee.

Sevier was faced with the usual problems of establishing a government in the rapidly growing frontier state, more than two-thirds of which was under Indian control when he became chief executive. The population of the state grew from approximately 85,000 to more than 250,000 while he was governor, and frontier towns such as Knoxville, Nashville, Jonesboro, Greeneville, Kingston, and Clarksville became commercial and trade centers. Land prices fluctuated, and Montgomery Bell began to development iron and soon became one of the greatest producers in the West.

After Sevier's term expired in 1809, the frontier leader was elected for one term to the state senate and then to the twelfth, thirteenth, and fourteenth sessions of Congress. Early in 1815, while still in Congress, he was appointed to a commission to survey the boundary provisions after a treaty was executed with the Creek Indians in the territory that soon became the state of Alabama. He died while fulfilling that obligation and was buried with honors by federal troops on the east bank of the Tallapoosa River near Fort Decatur. In 1887 his body was exhumed and reinterred on the court square in Knoxville. His monument over his grave in Knoxville summarizes his career: "John Sevier, Pioneer, soldier, statesman, and one of the founders of the Republic; Governor of the State of Franklin; six times Governor of Tennessee; four times elected to Congress; a typical pioneer, who conquered the wilderness and fashioned the State; a projector and hero of King's Mountain; fought thirty-five battles, won thirty-five victories; his Indian war cry 'Here they are! Come on boys!'"

Samuel C. Williams, History of the Lost State of Franklin (1924).