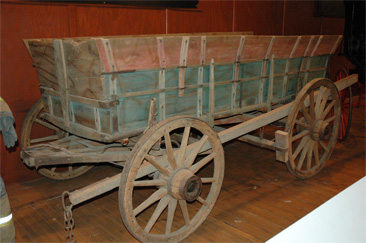 William Elias Spach, wagon maker, was born on his father's farm at Waughtown in Stokes (now Forsyth) County. The son of Christian and Nancy Swaim Spach, he was a fourth-generation descendant of Adam Spach, the pioneer settler in the 1753 wilderness of Piedmont North Carolina. His German forefather established the Friedberg Moravian community and constructed the well-known Rock House, which provided protection for his family and neighbors during the Indian uprisings of the Shawnee and Cherokee tribes. During the Revolutionary War Adam Spach served as a supplier and freighter for General Daniel Morgan's and General Nathanael Greene's southern command of the Continental army.

Young Spach learned the trade of carriage making in the shops of John Vaughters, a native of North Carolina and one of the first wagon manufacturers in the state, and John P. Nissen, the son of Tycho Nissen. He married Mary Ann Vaughters, the daughter of his teacher, and at age twenty-four established his own shop in Waughtown. In 1854 in a 16-by-24-foot shed he started making wagons with limited capital and little equipment. Spach did all of the work himself, and having learned his trade from two of the finest wagon makers in the South, he improved on their product and soon won success and a reputation for his high-quality vehicles. The W. E. Spach wagon was known for its sturdiness and durability, and there was no scarcity of buyers for the vehicles that came from his shop. 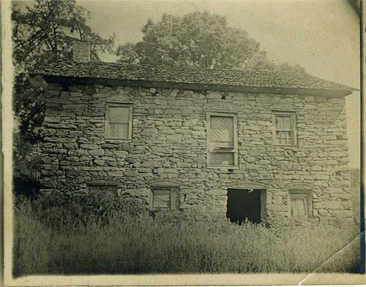 During the first three years of the Civil War he produced wagons and caissons for the Confederacy. In 1864, however, when iron and other supplies became unobtainable, he and his brother Bennett went to Rockingham County, Va., and enlisted in Company B, First Battalion, North Carolina Sharpshooters (formerly Company B, Twenty-first Regiment). It is not known in what engagement Spach was captured, but the Federal provost marshal records show that he took the oath of allegiance to the United States at Washington, D.C., on 27 Feb. 1865 and was provided with transportation to Hope, Ind. That small Moravian community in southern Indiana had been founded by settlers from Friedberg, N.C., and he went there to be among his kin and friends. With the cessation of hostilities he returned home and resumed wagon making. Business prospered, and he took in his sons and taught them the trade.

Spach was married four times and had nineteen children, but it was to his oldest child, John Christian—born in the year he opened his shop—that he turned over his business in 1886, when he retired to his farm at age fifty-six. When John C. took over the plant, it employed a dozen men and produced about three wagons a day. In 1894 he took in as a partner his brother Samuel L., and they erected a large brick factory of Swedish design on five acres purchased in Waughtown. Subsequently they acquired surrounding land until the Spach Brothers Wagon Works occupied an eleven-acre site. Here they erected commodious brick and frame buildings, equipped them with machinery, and put up a flour mill. Production grew to ten wagons per day. The generator in the boiler room furnished most of the power used in the adjoining section of the town of Salem. These enterprises were operated jointly by the brothers for twenty years. In January 1914, when the partnership was dissolved, Samuel took the flour mill and John the wagon manufacturing business. William M., John's son who had joined the firm in 1910, became president of the J. C. Spach Wagon Works in 1914. It was John Christian's hope that the company would always retain the Spach name; therefore, when the company was incorporated to manufacture furniture in March 1925, it kept the designation J. C. Spach Wagon Works, Inc., even though it was selling furniture. In 1928 it ceased to make wagons. Nevertheless, Spach wagons continued to be used in southern Virginia and in western and Piedmont North Carolina for many years.

William E. Spach died on his farm at age sixty-two and was buried in Waughtown Cemetery beside three of his wives: Mary Ann Vaughters, Leanna Reich, and Louisea Lienbach. His fourth wife, Cenith Davis, was buried at Saints' Delight Primitive Baptist Church, Kernersville, of which Spach was a lifelong member.

According to the North Carolina Gazetteer, Waughtown, birthplace of William Elias Spach, is no longer an existing town and is now located within the corporate limits of Winston-Salem.