Ambrose Jessup Tomlinson, charismatic clergyman and sectarian leader, was born near Westfield, Ind., about twenty miles north of Indianapolis. One of six children, he was the only son of Milton and Delilah Tomlinson. The elder Tomlinson had migrated to Indiana from the vicinity of High Point, N.C., and it was in his father's native state that A. J. Tomlinson was later to begin his work as a holiness evangelist and sectarian organizer.

A profoundly religious Quaker, Tomlinson was a restless wanderer and a constant seeker after higher spiritual truths. 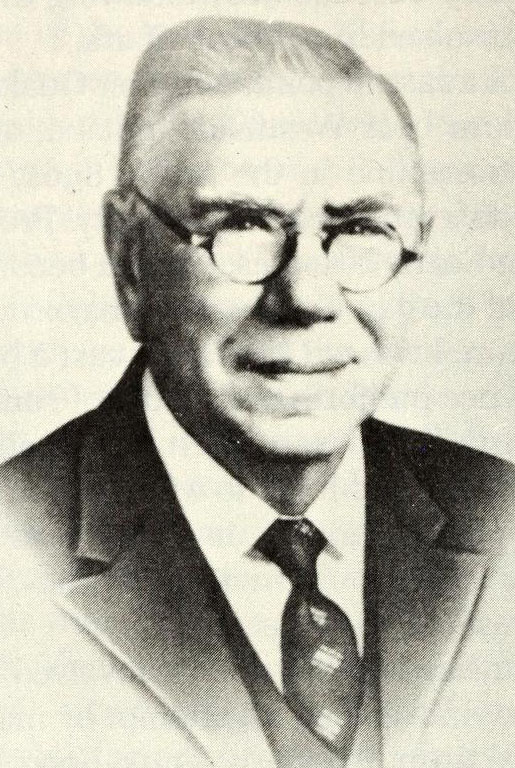 During the 1890s he roamed from Maine to Georgia as a colporteur for the American Bible Society. His travels on several occasions took him to the mountains of North Carolina, and in May 1899 he moved his family to the southwestern corner of that state, settling briefly at Murphey and then for a protracted period at Culbertson. There he operated a small orphanage on his farm and began publication of a religious monthly entitled Samson's Foxes.

Tomlinson's literacy and piety won him the respect of the mountain folk of the region. In 1903 he was persuaded to join the Holiness Church at Camp Creek in Cherokee County. He was soon ordained and appointed pastor of the little holiness congregation, freeing its earlier leadership to engage in evangelistic work. In December 1904 he moved his family to Cleveland in Bradley County, Tenn., approximately fifty miles from Camp Creek; he continued, however, to serve as pastor of the Camp Creek church. Within a year Tomlinson and other evangelists, among them R. G. Spurling, Jr., and W. F. Bryant, had established five small holiness congregations in the rural mountainous region where Tennessee, Georgia, and North Carolina converge; Tomlinson served as the pastor for three of these.

On 26 and 27 Jan. 1906 representatives from these scattered congregations met at Camp Creek and united them into a loose confederation known as the Holiness church. Gradually the center of this burgeoning sect's work shifted from southwestern North Carolina to the area around Cleveland, Tenn. On 9 Jan. 1907 the Second General Assembly of the Holiness church convened at Union Grove near Cleveland. Delegates to this convocation voted to change the name of the organization to the Church of God. By this time Tomlinson had emerged as the informal leader of the sect.

A major theological change occurred within the Church of God in late 1907 and early 1908, when many of its members were converted to pentecostalism and came to regard the baptism in the Holy Spirit, signified by speaking in tongues, as the ultimate religious experience. Tomlinson's own "baptism in the Spirit" on 12 Jan. 1908 effectively sealed the theological destiny of the rapidly growing sect.

Delegates to the 1909 annual assembly of the Church of God voted to create the position of general overseer and named A. J. Tomlinson to the post. His appointment was little more than a formal recognition of what had already become a reality. Tomlinson was at this time probably the most able and energetic man in the organization, and his gifts had naturally resulted in his emergence as leader of the group long before 1909. Under his leadership, the church had grown rapidly, by 1910 having some 1,005 members in 31 churches scattered throughout the South-east.

As general overseer Tomlinson broadened the scope of his activities. In addition to fulfilling his ministerial responsibilities, he made frequent evangelist tours and in 1910 became editor of the sect's first newspaper, the Evening Light and Church of God Evangel, known later as the Church of God Evangel. His successful work as evangelist, administrator, and editor resulted in 1914 in his election as general overseer for life. By 1920 he exercised almost absolute authority in the church. At the zenith of his power, however, Tomlinson's authority was challenged by disgruntled elements within the Church of God. Perhaps his almost unlimited power made him too autocratic, overwork may have clouded his judgment, or the changing character of the sect may have required a different type of leader. In any case, by the early 1920s he was under fire from several quarters for abusing his authority and mismanaging church funds. In 1921 and 1922 new administrative offices, curtailing the general overseer's authority, were created over Tomlinson's objections. In 1923 the Church's Committee on Better Government charged him with misappropriation of $14,000, and that July the Council of Elders removed him from office.

Indignant at his removal, Tomlinson immediately organized another group, proclaiming it the legitimate standard bearer of the Church of God; its members regarded his opponents within the original organization as schismatics. Litigation then ensued in the Tennessee courts over who had legitimate claim to the name Church of God and the legal right to funds that came to Cleveland, Tenn., addressed to that body. On 15 July 1927 the Tennessee Supreme Court decided in favor of Tomlinson's opponents. As a result, on 8 Apr. 1929, the defeated faction adopted the name the Tomlinson Church of God. This sect flourished under Tomlinson's leadership, but following his death it too was racked with dissension because of a power struggle between Milton and Homer Tomlinson for control of their father's church. Milton ultimately emerged the victor in this contest, becoming general overseer, while Homer, expelled from the organization, went to New York and organized the Church of God World Headquarters.

On 6 Mar. 1953 the Tomlinson Church of God changed its name to the Church of God of Prophecy. Later this organization developed the Fields of the Woods shrine in Cherokee County, where by the early 1970s more than $2 million had been spent to mark the spot at which A. J. Tomlinson had, after much prayer, come to regard the holiness congregation at Camp Creek as the Church of God of biblical prophecy.

A. J. Tomlinson was buried in Fort Hill Cemetery at Cleveland, the eastern Tennessee town that had become the headquarters of the two pentecostal sects over which he had presided and the home of the pentecostal college that was named in his honor. Although his reputation was somewhat marred by the struggle that occurred within the Church of God—Cleveland, Tenn., in the early 1920s, he was one of the most important figures in the classical pentecostal revival of the early twentieth century.

Vinson Synan, The Holiness-Pentecostal Movement in the United States (1971).

At the 1909 Gen Asy, the office of "General Moderator" was accepted and AJT, by unanimous agreement, was selected to fill the office until the next Gen Asy. In 1910, the Gen Asy changed the name to "General Overseer" and AJT was again selected until the next Asy. AJT was unanimously selected GO at each Gen Asy until 1914, when the Holy Ghost revealed that this divine office was for life. At that Asy , AJT was unanimously selected GO for the duration of his life.