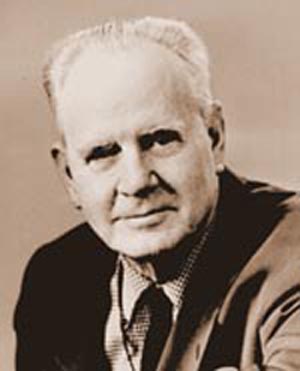 Glenn Irving Tucker, author and historian, was born in Tampico, Ind., to William W. and Bertha Clark Tucker. Reared in Greencastle, Ind., where his father practiced medicine, he was graduated from DePauw University in 1914 and the Columbia University School of Journalism in 1915. He was a reporter for newspapers in Illinois, Wisconsin, Indiana, New Jersey, and New York and a White House correspondent for the New York World during the Wilson, Harding, and Coolidge administrations. Tucker left journalism to work in advertising for N. W. Ayer and Son in Philadelphia; later he was vice-president of Thornley and Jones in New York and then director of public relations for the Radio Corporation of America.

In 1948 Tucker retired and moved to Flat Rock, N.C., where he grew apples and began to research the popular histories he had always wanted to write. In the ensuing twenty-eight years he was the author of fourteen books, beginning with Poltroons and Patriots: A Popular Account of the War of 1812 (1954).

Tucker was an unprecedented three-time winner of the Mayflower Cup Award for Tecumseh: Vision of Glory (1956), Dawn Like Thunder: The Barbary Wars and the Birth of the U.S. Navy (1963), and Zeb Vance: Champion of Personal Freedom (1966). He received the Fletcher Pratt Award for Chicamauga: Bloody Battle in the West (1961), the Thomas Wolfe Memorial Award for Distinguished Writing in 1956, the Historians Cup Award of the Western North Carolina Historical Association in 1958, and the Harry S Truman Award for meritorious achievement in the field of Civil War history in 1968. President of both the North Carolina Literary and Historical Association and the Western North Carolina Historical Association in 1965, he was the recipient of an honorary doctor of literature degree from his alma mater, DePauw University (1960), and an honorary doctor of letters degree from The University of North Carolina (1966), where he was cited for his "careful research, spritely style, and his sense of the dramatic in history and biography."

His other publications include High Tide at Gettysburg (1958), Hancock the Superb (1960), Front Rank (1962), Lee and Longstreet at Gettysburg (1968), The War of 1812: A Compact History (1969), Mad Anthony Wayne and the New Nation (1973), and numerous articles in Civil War Times Illustrated and the North Carolina Historical Review. His writings consistently received critical acclaim.

Tucker married Dorothy Gail Thomas on 10 Nov. 1917, and they had two sons: William T. and Richard C. The Tuckers moved from Flat Rock to Fairview, a suburb of Asheville, in 1966. Tucker died in an Asheville hospital at age eighty-three. He had been a member of the Republican party and the Methodist church.