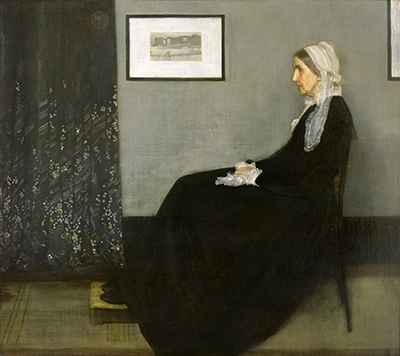 Anna Mathilda McNeill Whistler, was the mother of the artist James Abbott McNeill Whistler and the subject of her son's painting popularly known as Whistler's Mother, though actually titled Arrangement in Grey and Black. This painting, which hangs in the Louvre and was reproduced on the 1934 Mother's Day U.S. postal stamp, as well as in countless art books and encyclopedias, has come to symbolize world motherhood. Certainly her likeness is better known throughout the world than that of any other North Carolina woman.

Anna's father, a physician educated at the University of Edinburgh, settled in North Carolina about 1785 and set up a medical practice in Wilmington. It was here that Anna Mathilda McNeill was born, the fifth of six children. In addition to the two-story brick home on the southwestern corner of Fourth and Orange streets, Dr. McNeill owned a plantation in Bladen County, where young Anna spent many happy summers. She did not receive the formal education her brothers did, but she was interested in music, history, French, cooking, and the social graces, and she became a devout Episcopalian.

As a young girl Anna met and became quite impressed by Cadet George Washington Whistler, a classmate of her brother William at West Point. Whistler had been born at Fort Wayne, in the Indian territory, where his father was commandant of the garrison. Before William and Whistler were graduated, Dr. McNeill left Wilmington to practice in New York. In 1819 the two young lieutenants received their commissions, and Whistler married one of Anna's closest friends, Mary Swift, the daughter of Colonel Joseph Swift, superintendent of West Point. In 1827 Mary died, leaving Whistler with three small children: George, Joseph, and Deborah. Mary had told Whistler on her deathbed that if he were to remarry it must be to Anna and no one else. They were married in New York on 3 Nov. 1831, and for the children "Aunt Annie" became "Mother."

In 1833 Whistler resigned his commission with brevet rank of major and the following spring was made chief engineer of the Locks and Canals Company in Lowell, Mass. The couple's first child was born that summer and in November was christened James Abbott Whistler (he later changed the Abbott to McNeill). Anna's husband was so successful in building locomotives that by 1835 his engines were on the new railroad between Lowell and Boston. No longer did America have to look to England for engines to power the rapidly expanding railway systems. 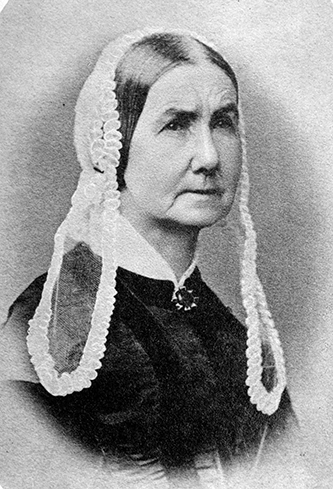 After their second son, William, was born, they moved to Stonington, Conn., where their third son, Kirk, was born, and Joseph, the son of Whistler by his first wife, died. The Whistlers were stern but devoted parents who strictly observed the Sabbath, allowing no toys and no books but the Bible. The year 1841 brought a new son, Charles Donald, and at this time emissaries from the czar were visiting the United States to study railroads. These Russians were so impressed by Whistler's engineering that they invited him to take over the construction of the railroad from St. Petersburg to Moscow. Whistler left the decision to Anna. She said yes. Their last son, John Routtatz, born in 1845, was named after the chief Russian emissary. A quotation in Anna's handwriting on the first page of her journal of their six years in Russia sums up her outlook on her children and life in general: "Gentleness is a mild atmosphere, it enters into a child's soul like sunshine into the rose bud—slowly but surely expanding into beauty and vigor."

The Whistlers became friends of the czar and nobility. Occupying an estate in the most fashionable section of St. Petersburg, they had a retinue of tutors, maids, and servants, a summer house in the country, and a yearly salary of $12,000. For his monumental work of supervising some 60,000 mechanics and laborers building 200 locomotives, 6,000 cars, tracks, depots, and bridges, Major Whistler was held in the highest esteem. The Order of St. Anne was conferred upon him by the emperor. Anna saw that young James was instructed in art at the Academy of Fine Arts. In 1848, when cholera struck St. Petersburg, Anna took the children to England where she arranged more art lessons for James. Whistler stayed behind to supervise the construction. When cool weather came, Anna returned to Russia, but Whistler contracted cholera that winter and died on 7 Apr. 1849. The emperor offered to educate her two living sons at the Imperial School, but she determined to return to America. With her yearly income reduced from $12,000 to $1,500 she began a frugal life raising her family in Pomfret, Conn., then in Scarsdale, N.Y. She was able to get William through medical school and obtain an appointment to West Point for James. James, however, dropped out and after several years of study in Paris moved to London, where he established himself as a painter of note.

With the formation of the Confederate States, William entered service as a surgeon at Richmond. Mrs. Whistler decided to leave America and make her home in England with James, so in August 1863, after a brief visit with William, she went directly to Wilmington and in a notable show of bravery ran through the enemy fleet on the blockade steamer Ad-Vance.

Mrs. Whistler was delighted to find the painter's studio a charming three-story house at 7 Lindsay Row, Chelsea—one of London's most picturesque sections. There she entertained his friends including Ford Madox Ford, Dante Gabriel Rossetti, George Meredith, Charles Augustus Howell, and others in true North Carolina style with homemade biscuits and preserves and tea. William joined them while on furlough. During his visit news came of Lee's surrender, so he remained to set up a medical practice in London. In these years Mrs. Whistler raised funds for stranded Americans, nursed friends' children, and was in close touch with her two other living sons and her stepdaughter Deborah, who had married Seymour Haden, family doctor to the archbishop of Canterbury. Anna and James moved to 2 Lindsay Row, where the famous portrait was finished in 1871 and was sold for 4,000 francs to the French government.

After a severe illness in 1876 Mrs. Whistler moved to Hastings. She died there and was buried at Hastings Borough Cemetery. There is a portrait of George Washington Whistler in the Public Library, Springfield, Mass., and an excellent full-size copy in oils of Mrs. Whistler's portrait at City Hall, Wilmington, N.C.

The painting Arrangement in Grey and Black is currently held by the Musée d'Orsay. 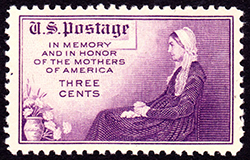 This is an excellent

This is an excellent presentation. I had remembered that the Whistlers were in Lowell, Mass. for that is where my husband was born and educated. My grandson graduated from West Point 23 May 2015 and his Mother recently sent me from the West Point Archives, the letter that Superintendent Robert E. Lee wrote Mrs. Whistler's concerning her son, James McNeill Whistler. My grandson lived in the Robert E. Lee Barracks. I have lived in N.J. these past 61+ years and we are about 45 miles from West Point and this was often a nice ride to show our visitors West Point. My nephew graduated in 1971 and his classmate who was the Academic Dean, Brigadier General Patrick Finnegan was inaugurated as President of my college, now Longwood University, in Farmville, Virginia and resigned because of health reasons. I was born in Nelson County, Virginia about 40 miles from Lexington, Virginia and about 50 miles from Appomattox. Mr. William G. Gardner from Lowell, Mass gave me a booklet about 1960 of a doctor's collection of lighting devices sold in New Haven, Conn, and one was the smashed lamp on the mantle at the McLean house where the Surrender took place. The lamps on the mantle were not the same as in the painting and I wrote the superintendent and the next sumer when i took my sons as I did each summer to Appomattox, the lamps had been changed. My Latin professor at Longwood, Miss Minnie V, Rice, was at the McLean House as a small child when the surrender was signed. General grant put the girls from my school on the train and then blew up the bridge at High Point. One of the saddest things I have read about the Civil War was the young cadet from near Lynchburg, Va. who was top in his class at West Point had to resign when Virginia seceded and by the end of the War he was a brevetted Brigadier General and the Union Brigadier General who fought a duel. The Union General was killed immediately and the young brevetted brigadier General who was only 24 years of age lingered until about a week after the surrender was signed. What a waste of humanity. I am constantly amazed how many of my New England kin married my Southern relatives when boats were the only means of transportation. Thank you so much for this informative article.
Incidentally, my other grandson, and older brother of the above grandson , graduated in 2013 from The Citadel, and my great-nephew from Lexington, Va. graduated in 2005 and since they were restoring the chapel at VMI, he was married in the Lee Chapel at W & L;
MED 5/31/2016 @ 9:17 am