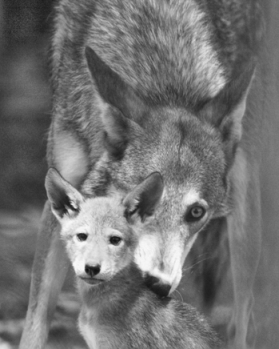 Endangered Species are a topic of great interest and ongoing research in North Carolina. From the Coastal Plain in the east to the forested Mountain region in the west, the state contains a variety of habitats allowing for a rich and diverse flora and fauna. North Carolina is home to roughly 5,700 species of plants, over 700 species of vertebrates, and invertebrate species numbering well into the thousands. Loss of, or damage to, habitat is the major factor affecting the state's flora and fauna, reducing their diversity and numbers. The draw of North Carolina's natural beauty, coupled with economic opportunity and prosperity, has led to a rapid increase in population density and in the amount of land development over the past few decades. These and other factors such as drainage of bogs and wetlands, contamination by pollutants, suppression of natural fires, introduction of aggressive, nonnative species, and exploitation of economically valuable species have all played a part in impacting the landscapes and ecosystems that support North Carolina's wildlife.

Scientists have stated that mastodons, saber-toothed tigers, musk oxen, wooly mammoths, and other beasts walked the fields and forests of North Carolina approximately 15,000 years ago. 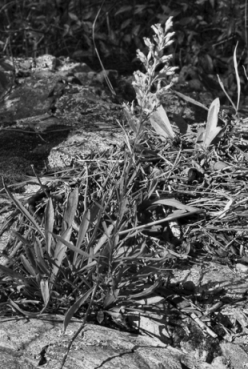 Why these animals became extinct is not fully known, but, for other animals that used to live in North Carolina, it is known that humanity is the main culprit. Overhunting by humans wiped out the passenger pigeon and the Carolina parakeet as well as the woods bison, gray wolf, elk, and other species from North Carolina. The fisher, a northern member of the weasel family that was acclimated to spruce fir forests, was limited to the habitats of the mountaintops. Their small numbers and desirable fur guaranteed that fishers would be trapped out of existence in the Mountains by the 1840s. Other animals succumbed to extinction because they provided food and/or pelts or feathers for the settlers.

Other animals, including eastern cougars, pileated woodpeckers, fox squirrels, and northern flying squirrels are rare-to-extinct in North Carolina because of human destruction of their habitat. Many of the animal species in the state are placed at risk by human carelessness, aggression, or population expansion. When fields and forests are developed for purposes such as housing subdivisions and shopping centers, animals are crowded into smaller spaces or are eliminated. Those that are left also have to deal with polluted runoff waters, human trash, and increased competition for food and shelter, which put greater stresses on the animals and lower their chances for survival.

The North Carolina Wildlife Resources Commission, the National Park Service, and the U.S. Fish and Wildlife Department have worked together to reintroduce some animal species into North Carolina. In the 1930s beavers were reintroduced successfully in a limited area and have since spread throughout the state. Other species such as the peregrine falcon, spotfin chub, yellowfin madtom, river otter, and smoky madtom have also been given another chance in North Carolina. In 1987 red wolves were released into the Alligator River National Wildlife Refuge near the coast, and in 1991 they were set free in Great Smoky Mountains National Park, the largest and most species-rich wilderness in the eastern United States. The brook trout, out-competed in some mountain streams by the nonnative, more aggressive rainbow and brown trout, has been put back after the streams were cleaned of the other trout. Reintroduction of animal species is a controversial, as well as expensive, issue. However, state and federal agencies continue to work to restore as much diversity of animal life to North Carolina as they can.

By the early 2000s in North Carolina there were about 60 species of plants and animals included on federal lists as endangered (in danger of extinction) or threatened (may become endangered in the foreseeable future). At the federal level, these species receive protection from the U.S. Fish and Wildlife Service under the amended Endangered Species Act of 1973. At the state level, North Carolina has additional laws to protect plants and animals under the jurisdictions of the Plant Conservation Program, a unit of the Department of Agriculture, and the Wildlife Resources Commission, part of the Department of Environment, Health, and Natural Resources. In addition, the state extends its legal protection beyond endangered and threatened status to include species determined to be of "special concern" (requiring close monitoring). In 2006, 159 plant species and 194 animal species have legally protected status at the state level. North Carolina currently has a number of different funding initiatives and mechanisms in place, such as the tax check-off and license plate programs, to enable the public to contribute to its conservation and management efforts.