The Massachusetts Circular Letter was written by Samuel Adams on behalf of the Massachusetts legislature in reaction to the unpopular Townshend Acts passed by Parliament in 1767. Dated 11 Feb. 1768, the letter asserted that Parliament had no right to tax Americans, as they were not represented by that legislative body. Further, as Parliament was separated from the colonies by 3,000 miles of ocean and could never properly represent them, legislative power was vested in a "subordinate legislature" in each colony, which alone had the right to tax the colonists. Objections were also raised to the Crown's appointment of governors, judges, and other officers at the expense of the colonies without their consent. The letter ended with professions of loyalty to the Crown and the hope that the "united & dutifull Supplications" of the colonists would be granted by the king. Copies of the letter were sent to the legislatures of most North American colonies. 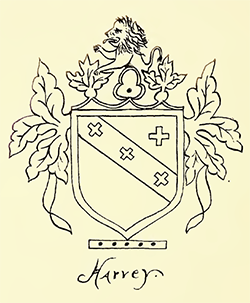 The circular letter was received in North Carolina on 1 Apr. 1768 by John Harvey, Speaker of the House. The British government was quite concerned at the prospect of the American colonies uniting to resist their directives. The Massachusetts Assembly had been ordered to withdraw the letter, and the other colonial legislatures were directed to ignore it or face "an immediate prorogation or dissolution." The earl of Hillsborough, secretary of state for the colonies, instructed Governor William Tryon to end the present session of the Assembly if he thought that it was likely to act on the letter from Massachusetts; he did so at the end of April, before the legislature took any action.

When the Assembly reconvened in November, Harvey presented the Massachusetts Circular Letter to the delegates. Harvey and some others advocated a strong response, but the majority of the delegates voted for moderation. They verbally directed the Speaker to answer the letter and appointed a committee to compose "an humble, dutiful and loyal address" to the king. The rather mild response angered Samuel Johnston and Joseph Hewes, who refused to serve on the committee. The address to the king, while polite, firmly stated the Assembly's belief that the Townshend Acts were illegal because "free men cannot be legally taxed but by themselves or their representatives." The Assembly also instructed the colony's agent, Henry Eustace McCulloh, to work with the agents of the other colonies to try to persuade Parliament to repeal the Townshend Acts.

Speaker Harvey's answer to the Massachusetts legislature was dated 11 Feb. 1769, a year after the date of the Massachusetts Circular Letter. Harvey called for a stronger friendship between North Carolina and the other colonies, especially Massachusetts. He wrote that "the Assembly of this Colony will at all Times receive with Pleasure the Opinion of your House in Matters of general Concern to America, and be equally willing on every such Occasion to communicate their Sentiments," and he promised that North Carolina would "ever be ready, firmly to unite with their sister colonies, in pursuing every constitutional measure for redress of the grievances so justly complained of." After Harvey's letter was received in Massachusetts, the Boston Evening Post wrote: "The colonies, no longer disconnected, form one body." The Massachusetts Circular Letter forged an early link between North Carolina and the other colonies in their united resistance to Britain's policies.