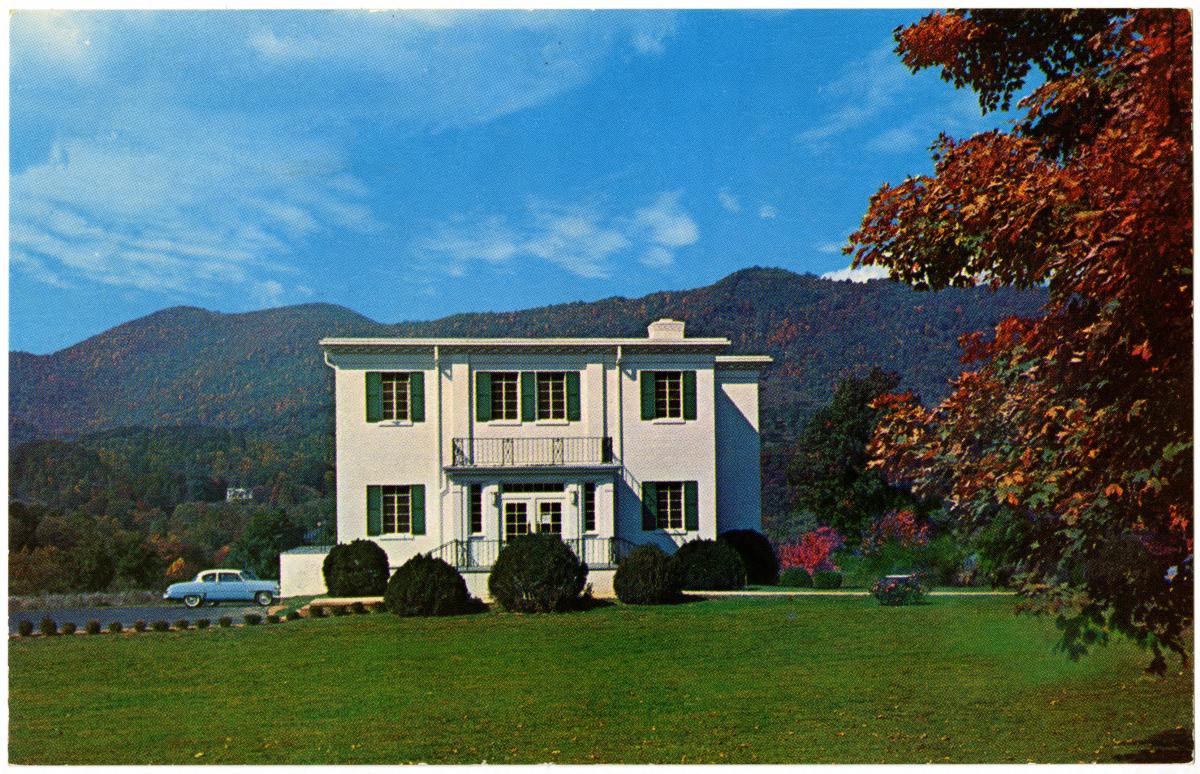 North Carolina has a long and rich history in public library service and in support of education and lifelong learning. Most libraries in the state trace their official beginnings to the early 20th century, with a few notable exceptions. Bath had a circulating library in the 1700s and claims the honor of being the only pre-revolutionary lending library in the state. Statesville had a circulating collection in the 1840s (Statesville Landmark, Mar. 31, 1882). Buncombe County, too, can claim with pride that their first subscription library was established in 1879. The Durham Public Library, established in 1897, holds the distinction of being the first free tax-supported library in the State. The success of Durham's public library led to a library boom, with institutions being established in the counties of Wake (1901), Anson (1902), Wayne (1902), Guilford (1902), Mecklenburg (1903), Craven (1906), Cumberland (1907), and Granville (1908).

Libraries were often the product of public service groups within the community. The Thornton Library in Granville County was the outgrowth of the Women’s Service Association, while others grew out of local school boards, home demonstration clubs, and church groups.

In the early 1900s, millionaire and business tycoon Andrew Carnegie began supplying Library Building Grants to communities throughout the country. Many North Carolina communities used these Carnegie grants to construct library buildings including: Charlotte, Winston-Salem, Andrews, Asheville, Durham, Hickory, Murphy, and Greensboro (which received grants to build two libraries—one for whites, and one for African Americans). Rather uniquely, because Henderson County’s population fell below the minimum threshold to receive a Carnegie Foundation grant, Carnegie personally donated $10,000 to build their library. 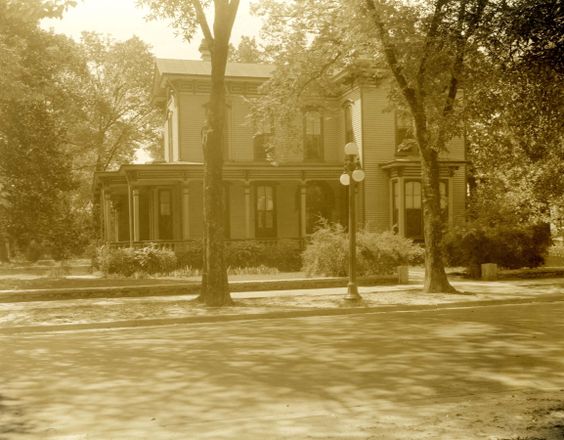 In the 1930s, the Federal Government was responsible for the founding and maintenance of many North Carolina libraries through the Works Progress Administration (WPA). The aid supported building new libraries, paying library salaries, repairing old library buildings, running bookmobile service (paying for the bookmobile, driver, and collections), and funding special library programs such as the statewide book mending program which trained women to repair damaged library books.

At one point, two-thirds of the public libraries in North Carolina were completely staffed by WPA workers. With the advent of World War II, the federal government had to terminate the WPA library project. Even so, it left a profound impact on the state. In 1926 prior to the WPA, only 32% of North Carolinians had access to a library. By 1942, over 80% of the state's population had access to library materials.

Because so much of North Carolina is rural, bookmobiles have always been a vital part of library services. In 1923, Durham Public Library became the owners of the state's first bookmobile. Named “Miss Kiwanis”, the blue Ford half-ton truck was a donation from the Durham chapter of the Kiwanis Club. The Durham Public Library bookmobile program was so successful that several other libraries acquired bookmobiles in the years that followed, often using retired school buses and donated pickup trucks to transport the library materials. Some libraries existed solely to run these mobile services, and didn’t have permanent homes until fairly recently (Jackson County, 1970; Rutherford County, 1983). By the mid-1950s, North Carolina led the country in bookmobile service, with 101 bookmobiles serving 94 counties.

Housing a collection has always been a challenge, and several communities found novel means by which to provide collections to their populations. Gaston County’s library was officially established in 1937, but a collection was available in a local dentist’s office as early as 1902 (after which it moved to the YMCA), and a library in New Bern operated out of what had been the New Bern Yacht Club (and it also rented out row boats). One persistent librarian in the 1930s was able to persuade Pender County officials to house the collection in the Grand Jury Room of the courthouse, with the understanding that it would only be used when court was not in session.

Today libraries remain a vibrant and vital part of North Carolina. As of 2017, North Carolina has 81 publicly supported regional, county, and municipal libraries -- comprised of nearly 400 central and branch libraries in all -- plus more than 90 mobile units still covering the state.  In 2010, the State Library of North Carolina's launched a 21st century library program to create a shared state-wide public library consortium that provides a common online library catalog. Appropriately named after the State Bird, NC Cardinal provides membership to independent local, county, and regional libraries to add their holdings to the shared catolg.  Member libraries and their patrons can search the holdings of the consortium libraries and request items beyond those of their local library. Start-up for the consortium is supported by the State Library of North Carolina with grants from the Institute of Museum and Library Services. The project went live in February 2013 and uses an open-source and customizable integrated library system called Evergreen developed by the Georgia Public Library Sysytem in 2006. 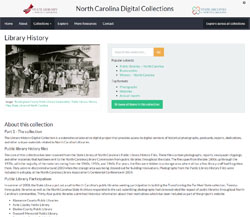 In the summer of 2008, the State Library began a project to collect and document the state's public library history and put out a call to North Carolina's public libraries for participation. Called Transforming the Tar Heel State, the project sought to collect and digitize photographs and other historic items and make them available online through NC Digital Collections.  More than thirty libraries responded with postcards, reports, dedications, and other unique materials that are now available online. The core of this collection comes from items at the State Library of North Carolina that are known informally as the Public Library History Files. This "collection" was a compilation of photographs, reports, newspaper clippings, and other materials that had been sent over the years from the state’s public libraries to the North Carolina Library Commission and date from the 1880s into the 1970s. Photographs from the Public Library History Files were included in a display at the North Carolina Library Association's Centennial Conference in 2004.  Today what became known as Transforming the Tar Heel State can be found online at the Library History collection in NC Digital Collections.

There are I believe 82 public

There are I believe 82 public libraries, including regional, and municipal in NC.
Check with LD to be sure. I've been gone a while and don't remember anymore.

Thank you for letting us know!  I have updated the entry.  Please let me know if there are any other updates for the entry.

The Lanier Library in Tryon

The Lanier Library in Tryon ought to be mentioned, established 1890. It remains as the only subscription library in NC but is open to free use by the public.

Thanks for letting us know about this!  I will update the entry.

Also -- if you or someone you know is interesting in writing a short entry on the library for NCpedia, that would be great. (You can find submission and editorial guidelines here: http://ncpedia.org/contribute).