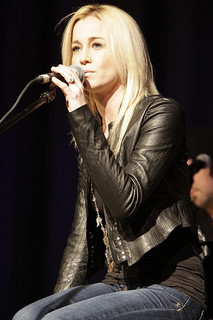 Country music artist Kellie Pickler was born in Albemarle, North Carolina on June 28, 1986. Pickler’s mother, Cynthia Morton, left when she was only two years old, and her father, Clyde Raymond Pickler, was incarcerated during her childhood. Her grandparents, Clyde Raymond Pickler, Sr, and Faye Pickler, raised Kellie in Albemarle. During high school at North Stanly High in New London, NC, Pickler was a cheerleader and Miss North Carolina contestant.