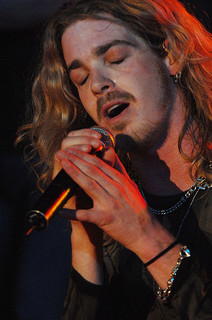 Singer Bucky Covington was born on November  8, 1977 in Rockingham, North Carolina to Gene Covington and Deborah Gates. Bucky Covington first gained notice in 2006 when he took the eighth spot on the television series American Idol.He has an identical twin brother, Robert David Covington. Covington went to Scotland High School in Laurinburg, North Carolina, and graduated in 1996.Prior to auditioning American Idol, Bucky painted automobiles at his family’s auto body shop, Covington’s Body Shop in Hamlet, NC. His musical interests vary from rock to country, and he was previously a member a local North Carolina band Swampdogs.

After his successful performance on American Idol, Covington moved to Franklin, TN, near Nashville, where he continues to pursue a career in music.