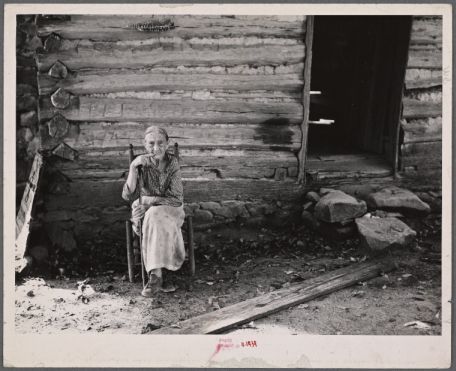 The North Carolina Constitution of 1868 established a five-member Board of Public Charities to reform the state's treatment of the poor. Inadequate funding hampered the board until Governor Daniel G. Fowle reorganized it in 1889. After securing extra funding from the General Assembly in 1891, the board introduced uniform registration books for county home superintendents, abolished the practice of awarding care of the poor to the lowest bidder, required quarterly visits to the poor by a committee that included a member of the board of county commissioners, and established a juvenile correctional school.

The Board of Public Charities made great strides in social welfare reform in the 1890s and 1910s, obtaining its first regular office space in the State Capitol in 1904. In 1917 the board was reorganized as the Board of Charities and Public Welfare. Its primary function continued to be the supervision and investigation of the entire system of penal and charitable institutions, and it was given greater fiscal and legal resources to accomplish its mission. The board was authorized to hire a commissioner of public welfare and other employees and to spend appropriated funds. Charitable institutions for children, such as private orphanages, were required to submit to the board an annual statement of moneys received and expended and work performed. They were also to be licensed annually by the board before soliciting funds from the public.

In subsequent years the General Assembly gradually broadened the state welfare program. In 1925, for instance, the Bureau of Work among Negroes was created to study the social problems of blacks and to coordinate community-based programs. Also in 1925 the Board of Charities and Public Welfare began close cooperation with the newly established School of Public Welfare at the University of North Carolina in the training of social workers. (The school became the School of Social Work in 1950.)

In 1937, as a result of the Great Depression and federal remedial legislation, the General Assembly created the Division of Public Assistance within the state board to coordinate assistance for the aged and dependent children. The State Old Age Assistance Fund and the State Aid to Dependent Children Fund were established to administer both federal Social Security funds and state and county funds set aside to assist these groups. In 1945 the legislature changed the name of the state welfare agency to the State Board of Public Welfare, and the various county boards incorporated the term "public" in their titles. This subtle change brought North Carolina into accord with a modern social understanding of social service as genuinely public welfare, not charity.

Public housing for North Carolina's low-income families has traditionally been provided by city housing authorities, which were established under state laws that permit their participation in federally aided programs. These housing authorities may either build new housing or purchase it from a developer, buy existing housing and restore it, or lease existing homes. Despite the efforts of a variety of private agencies-including church-related rescue missions, organizations like Habitat for Humanity, and government agencies-homelessness, lack of affordable housing, and substandard housing remain.

By the early 2000s, the Division of Social Services, operating under the North Carolina Department of Health and Human Resources, existed to help children and adults in need of various kinds of assistance, including shelter from abusive environments, economic hardship, and disabling physical or mental problems. North Carolina's Temporary Assistance for Needy Families program, called "Work First," reflected contemporary approaches to public welfare by emphasizing individual responsibility and accountability, job training, literacy and education, and other measures to help people on welfare become self-supporting as quickly as possible. In addition, about 40,000 North Carolinians were enrolled in the federal Food Stamp Program, aimed at temporarily helping individuals in the areas of nutrition and health.

A. Laurance Aydlett, "The North Carolina State Board of Public Welfare," NCHR 24 (January 1947).

Robert S. Rankin, The Government and Administration of North Carolina (1955).