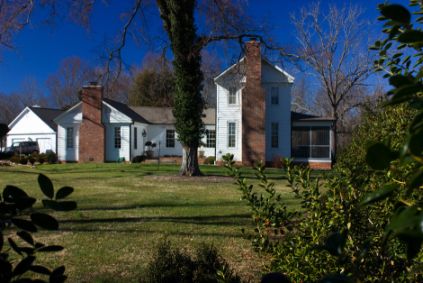 South Lowell Academy was the inspiration of John Archibald McMannen, a lay preacher of the Methodist Church, and his close friend, Claiborn Parrish. With a board of trustees made up of themselves and three local physicians, McMannen and Parrish established a classical academy at South Lowell in what is today Durham County in 1849. Its first headmaster was the Reverend James A. Dean, a graduate of Wesleyan College in Connecticut, who gave the school a luster it maintained even after his departure for larger arenas.

A brick dormitory for the students who flocked there from all parts of the state, as well as a hotel, were soon added to the school, mills, and general store that made up the community. A preparatory school for Randolph-Macon College, the academy became a cultural center with a library, lecture program, debating and temperance societies, and the electrifying preaching of McMannen, who could also play the fiddle. In 1856 Edward Scott added to the school's attraction with a medical school.

The general poverty caused by the Civil War and its aftermath depleted South Lowell's pool of applicants, though the school continued at least until 1897, when it was still listed in the state business directory.

I believe that my great

I believe that my great-grandfather, Robert Harrison Harris, went to the South Lowell Academy for Men in South Lowell, NC probably in the time frame of 1849 - 1856. However, I cannot prove this as a fact. Can you provide possible ways to confirm this as fact or fiction?
Aubrey Harris

Hello, I sent you an email to

Hello, I sent you an email to connect you with Reference Services at the NC Government & Heritage Library. I'm not sure if the records from the school are held anywhere, but they can help you find out.