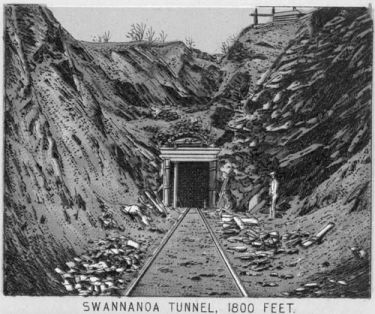 The Swannanoa Gap Tunnel, a 1,832-foot-long railway tunnel through Swannanoa Mountain near Asheville, was completed on 11 Mar. 1879. After chipping away the final barrier, workers tunneling from opposite sides of the mountain were elated to discover that the two tunnels lined up perfectly. James H. Wilson, chief engineer of the Western North Carolina Railroad, immediately sent a telegram to Governor Zebulon B. Vance stating that "daylight entered Buncombe County this morning through the Swannanoa Tunnel." The first train finally steamed through the tunnel into Asheville on 3 Oct. 1880.

Plans for the Swannanoa Gap Tunnel were drawn up after the Civil War in an effort to make Asheville a railway hub for North Carolina's western counties. The tunnel, which cost about $120,000 to build, was cut with the help of nitroglycerine, marking an early use of the explosive in engineering.

The tunnel was largely built by imprisoned African Americans from across the state.  According to the 1887 reports to the North Carolina Bureau of Labor Statistics, "the state's convict labor crews were overwhelmingly dominated by black men who in most cases had only been convicted of minor infractions of the law."  Due to the use of explosives many cave-ins occurred throughout construction, killing at least 300 people. 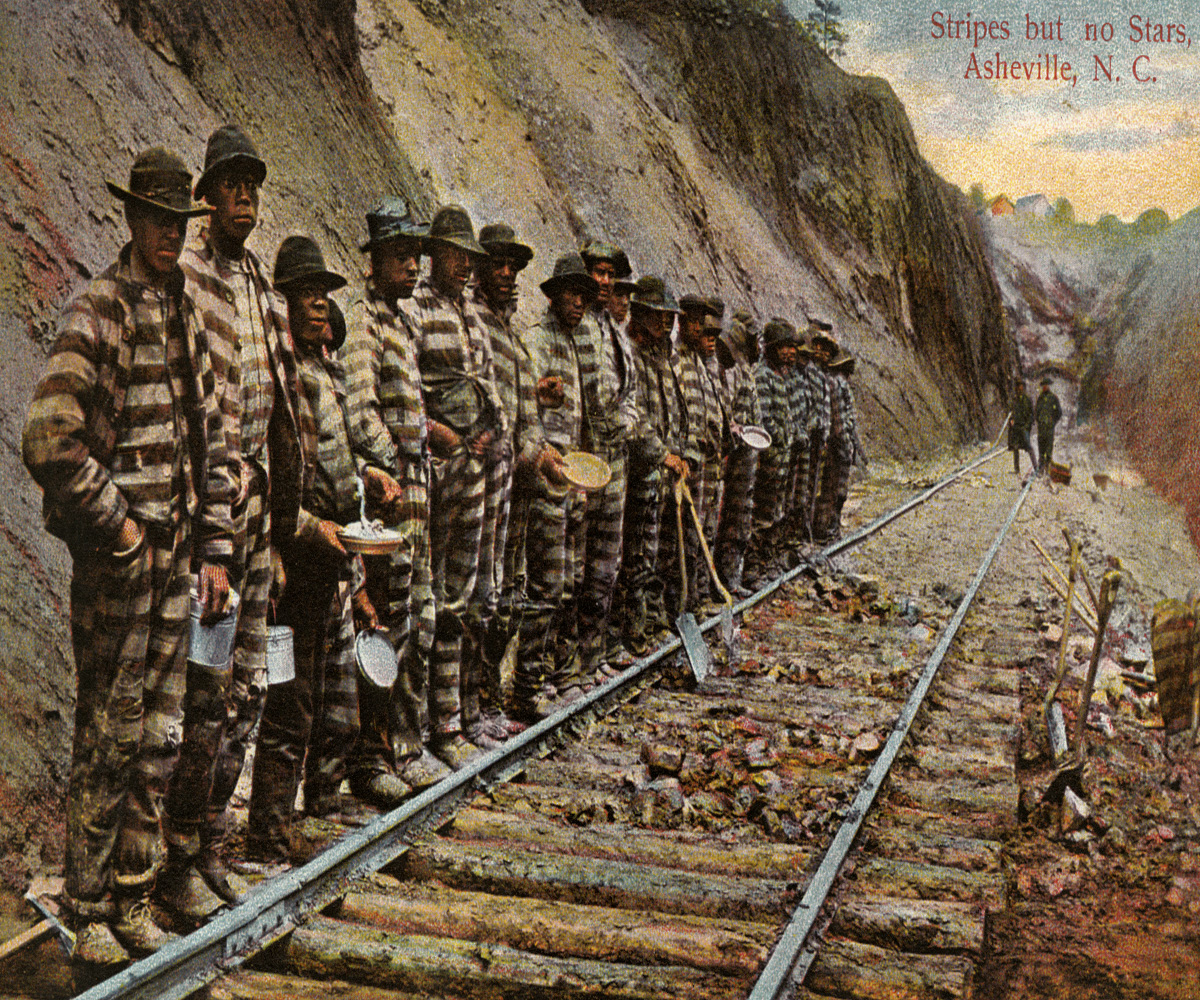