A Revolution in Agriculture

Despite the great gains in industry, agriculture remained the nation's basic occupation. The revolution in agriculture – paralleling that in manufacturing after the Civil War – involved a shift from hand labor to machine farming, and from subsistence to commercial agriculture. Between 1860 and 1910, the number of farms in the United States tripled, increasing from two million to six million, while the area farmed more than doubled from 160 million to 352 million hectares.

Between 1860 and 1890, the production of such basic commodities as wheat, corn, and cotton outstripped all previous figures in the United States. In the same period, the nation's population more than doubled, with the largest growth in the cities. But the American farmer grew enough grain and cotton, raised enough beef and pork, and clipped enough wool not only to supply American workers and their families but also to create ever-increasing surpluses.

Several factors accounted for this extraordinary achievement. One was the expansion into the West. Another was a technological revolution. The farmer of 1800, using a hand sickle, could hope to cut a fifth of a hectare of wheat a day. With the cradle, 30 years later, he might cut four-fifths. In 1840 Cyrus McCormick performed a miracle by cutting from two to two-and-a-half hectares a day with the reaper, a machine he had been developing for nearly 10 years. He headed west to the young prairie town of Chicago, where he set up a factory – and by 1860 sold a quarter of a million reapers.

Other farm machines were developed in rapid succession: the automatic wire binder, the threshing machine, and the reaper-thresher or combine. Mechanical planters, cutters, huskers, and shellers appeared, as did cream separators, manure spreaders, potato planters, hay driers, poultry incubators, and a hundred other inventions. 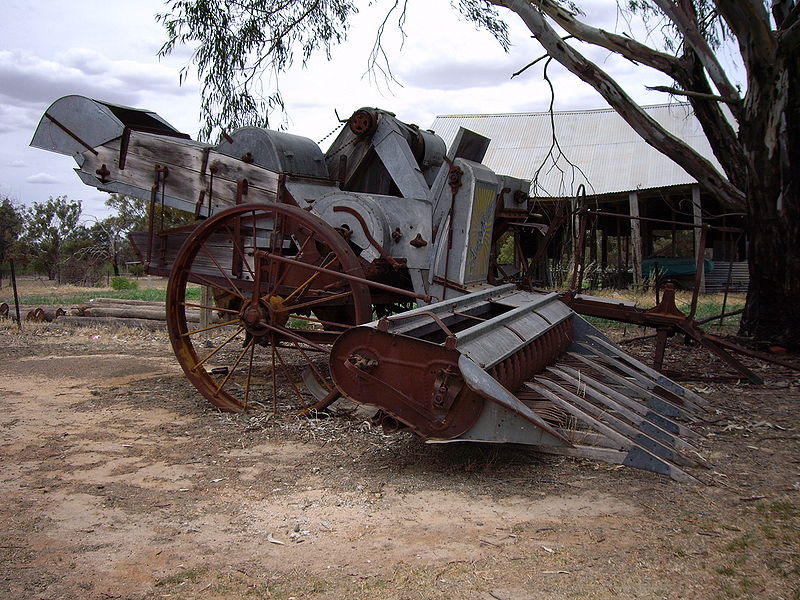 Scarcely less important than machinery in the agricultural revolution was science. In 1862 the Morrill Land Grant College Act allotted public land to each state for the establishment of agricultural and industrial colleges. These were to serve both as educational institutions and as centers for research in scientific farming. Congress subsequently appropriated funds for the creation of agricultural experiment stations throughout the country and granted funds directly to the Department of Agriculture for research purposes. By the beginning of the new century, scientists throughout the United States were at work on a wide variety of agricultural projects.

One of these scientists, Mark Carleton, traveled for the Department of Agriculture to Russia. There he found and exported to his homeland the rust- and drought-resistant winter wheat that now accounts for more than half the U.S. wheat crop. Another scientist, Marion Dorset, conquered the dreaded hog cholera, while still another, George Mohler, helped prevent hoof-and-mouth disease. From North Africa, one researcher brought back Kaffir corn; from Turkestan, another imported the yellow-flowering alfalfa. Luther Burbank in California produced scores of new fruits and vegetables; in Wisconsin, Stephen Babcock devised a test for determining the butterfat content of milk; at Tuskegee Institute in Alabama, the African-American scientist George Washington Carver found hundreds of new uses for the peanut, sweet potato, and soybean.

In varying degrees, the explosion in agricultural science and technology affected farmers all over the world, raising yields, squeezing out small producers, and driving migration to industrial cities. Railroads and steamships, moreover, began to pull regional markets into one large world market with prices instantly communicated by trans-Atlantic cable as well as ground wires. Good news for urban consumers, falling agricultural prices threatened the livelihood of many American farmers and touched off a wave of agrarian discontent.

subsistence to commercial agriculture. Between 1860 and 1910, the number of farms in the United States tripled, increasing from two million to six million, while the area farmed more than doubled from 160 million to 352 million hectares." data-share-imageurl=""> 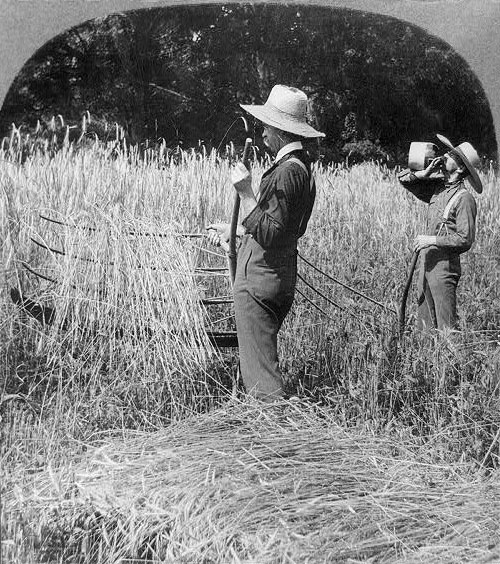 George McCormick's 1834 patent for the "Improved Reaping Machine" at the National Archives. 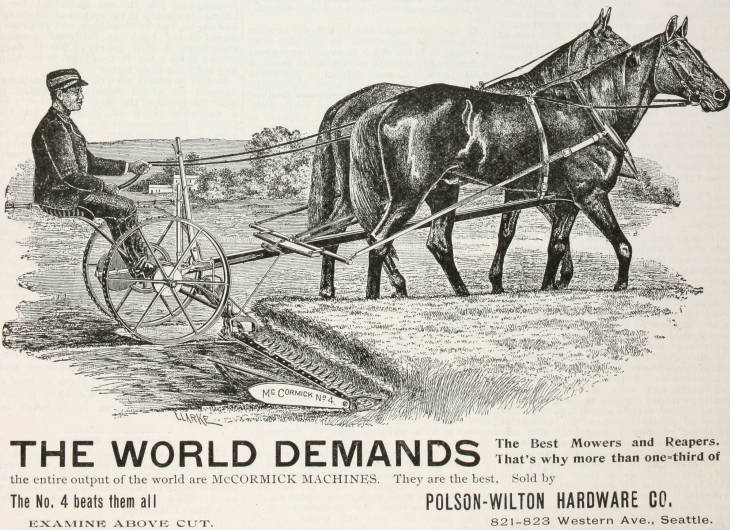 Advertisement for the McCormick Reaper stating that "more than one-third of the entire output of the world are McCormick Machines." Printed in 1896.