For several years during the late 19th and early 20th centuries, tuberculosis was the leading cause of death in the United States. Consequently, a wide variety of treatments emerged claiming to sooth, even reverse, the disease. The most popular and widely accepted of those treatments involved placing the afflicted in an environment that boasted clean air, low humidity, cool nights, and abundant sunshine. By the late 1800s, “sanitariums” designated for TB treatment were being built in various temperate locations throughout the country. Due to its climate, Western North Carolina quickly emerged as one of the premier destinations for those suffering from tuberculosis.

Records of European settlers dating to 1795 describe the healing effects of Appalachia’s natural environment. For centuries, Native Americans had designated the lands around modern-day Hot Springs as "neutral," thus reserving the region as a sanctuary where the ill from various tribes could go to convalesce. By the mid-1800s, though travel was difficult and the area relatively isolated, doctors around the country were prescribing a beneficial relocation to Western North Carolina for TB patients. When the railroad was completed in the 1880s, the region’s largest city, Asheville, found itself host to thousands of TB sufferers. In order to accommodate the sick, grand facilities were constructed.

One representative structure, now an apartment house, is located in the residential neighborhood of Montford at 33 Starnes Avenue. Built in 1895 and run by Asheville’s Sisters of Mercy, it is a large, three-story Victorian mansion circled by balconies and porches. The porches provided plenty of sunlight and soothing mountain air, believed to provide patients with natural therapy. A larger sanitarium, also operated by the Sisters, was St. Joseph’s on Biltmore Avenue. It advertised a fireproof facility with 95 beds, steam heat, and a location far away from the center of town to ensure peace and quiet. Each room had a connecting bath and a private sleeping porch. Regardless of temperature, sleeping outdoors was recommended for tuberculosis patients. Rooms ranged from $18 to $40 a week, depending on required care.

Another well-known sanitarium opened in the 1930s, a state-financed 1,000-bed facility just east of Asheville in the community of Oteen. It provided care to war veterans. Today, its impressive buildings command a majestic, eerie presence as they sit abandoned across from the modern VA hospital.

From the beginning, Asheville was wary of a large influx of outsiders suffering from infectious disease. A 1912 bulletin from the local health department demanded that the sick conduct themselves so as not to become a menace to local citizens. Like many communities, Asheville passed laws prohibiting "spitting on the sidewalk," reflecting the fear of TB transmission. Other ordinances required spittoons to be present in public venues.

Despite the purported benefits of mountain air and specialized treatment in Asheville’s sanitariums, 75 percent of those who entered the facilities were dead within five years. It was not until the 1940s, with the development of antibiotics like streptomycin, that treatment for TB became effective and a cure truly possible. Within a few short years, sanitarium care fell out of favor. New medicines enabled patients to receive treatment without leaving their home communities.

The impact of the dozens of tuberculosis sanitariums constructed in Asheville was great. Facilities originally designed to nurse the sick have been preserved and renovated into stately homes. Their rich architecture provide for attractive offices and condominiums. Many of the physicians who came to Asheville, initially to staff sanitariums, ended up staying. They built private practices and expanded into various fields of medicine, furthering the region’s reputation as a health retreat.

One influential caretaker, Dr. Westray Battle, was followed to Asheville by many of his wealthy patients and their families. Among them was George Vanderbilt, who accompanied his ailing mother. While in Asheville, Vanderbilt fell in love with the area and returned to build his now famous Biltmore Estate. Edwin Grove also came to the area as one of Battle's patients and stayed on to build the Grove Park Inn.

Asheville is still a health center where people come for specialized treatment. The legacy of alternative medical treatment that began with the sanitariums continues today. In fact, Asheville is considered to be the "New Age Mecca of the East." The area boasts many massage therapists, acupuncturists and other alternative health care practitioners.

Though the link between health care and mountain culture may initially appear remote, the relationship between the two is an influential part of our Appalachian Heritage.

tuberculosis was the leading cause of death in the United States. Consequently, a wide variety of treatments emerged claiming to sooth, even reverse, the disease. The most popular and widely accepted of those treatments involved placing the afflicted in an environment that boasted clean air, low humidity, cool nights, and abundant sunshine." data-share-imageurl=""> 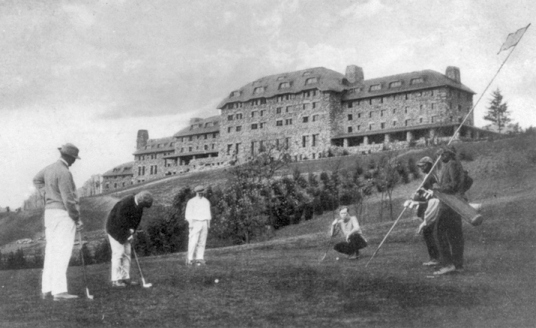 The Grove Park Inn was built by Edwin Grove, who came to Asheville as a tuberculosis patient. 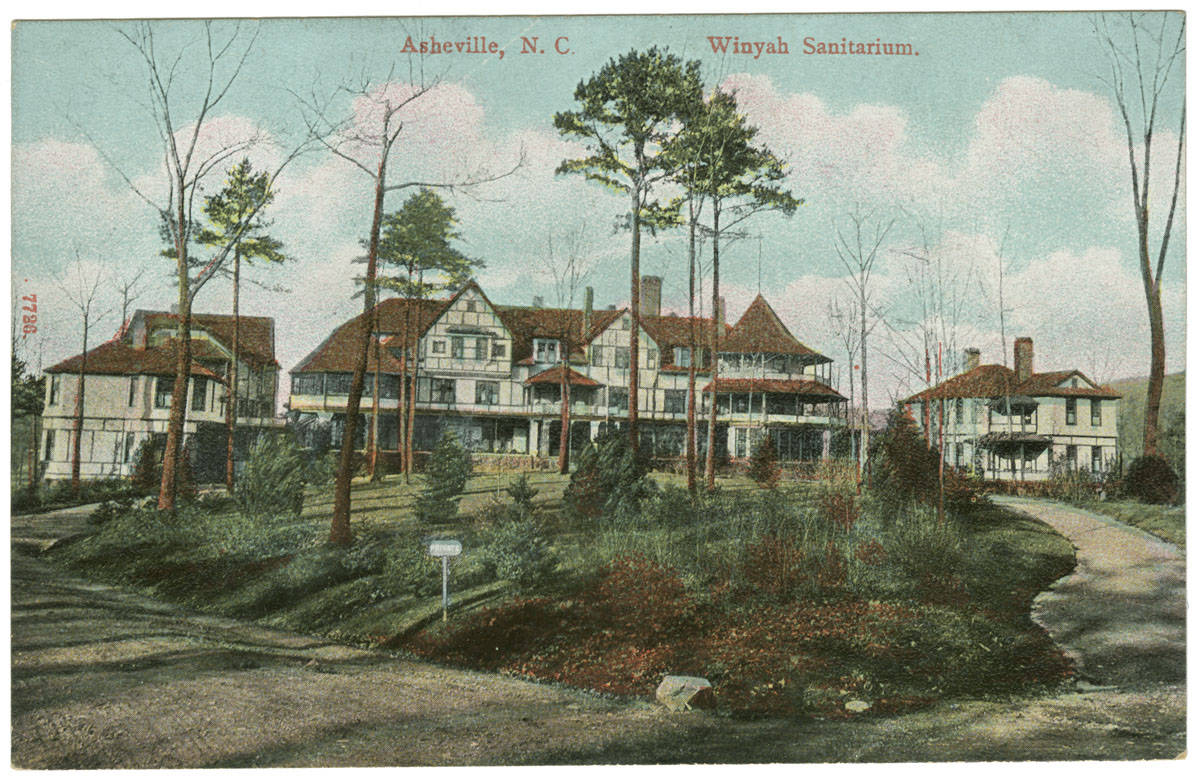 Postcard depicting the Winyah Sanitarium in Asheville, N.C., circa 1919.