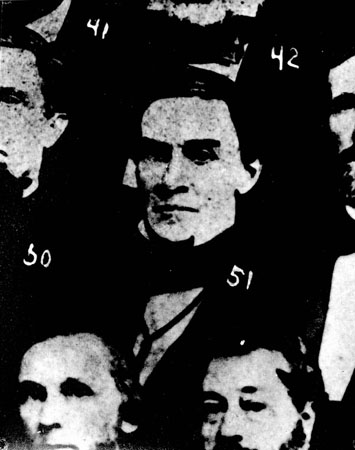 John Beard, Jr., newspaper editor and politician, was born in Salisbury, the son of Lewis and Susan Dunn Beard. He was graduated from Yale University and was elected to the House of Commons from Salisbury in 1818 shortly after his graduation. An ardent Federalist, he represented Federalist views in declining to call for a constitutional convention in 1818. He served in the state senate in 1826–27 and 1833–34. Changing his political stand and becoming a follower of Jeffersonian principles, he was again elected to the state senate, over the popular Thomas G. Polk, in 1834.

While he was in the senate, the constitutional convention question again arose and he was appointed chairman of the committee to which the question was referred. Beard's report for a convention to change the outmoded 1776 state constitution was carried, and the convention was subsequently called.

In local affairs, Beard was no less active. He was appointed in 1824 one of the commissioners to build a bridge across the South Yadkin River; he was elected secretary of the Rowan Agricultural Society in 1826 and was a member of the building committee for Saint Luke's Episcopal Church in 1827. He was elected county trustee in 1828.

In 1833, Beard purchased the Western Carolinian from Burton Craige. After three years of giving journalistic support to John C. Calhoun and later the Whig party and Senator Willie P. Mangum, he relinquished the paper to John W. Hampton in 1835. He was in this year unsuccessful in his attempt to purchase half interest in the Raleigh Star.

In the last issue of the Carolinian, Beard took leave of his readers by announcing his intention of removing to the Southwest. He first went to Missouri and then in 1838 moved to St. Augustine, Fla. Between 1838 and 1845 he held the offices of clerk of the U.S. Court and U.S. marshal.

After Florida became a state in 1845, he was elected registrar of public lands and moved to Tallahassee, the new state capital. His bid for Congress in 1850 was not successful because of his opposition to the admission of California as a "Free State." Following this attempt, he was elected comptroller of the state but resigned in 1854 to accept the agency of the Appalachicola Land Company.

A member of the Florida Secession Convention of 1861 he later did all in his power for the cause of the South. After the war he was appointed again to the comptroller's office.

In 1869, Beard was attacked by vertigo and gave up his position. He died in Tallahassee.

Beard first married Maria Kelley, who died in 1830. There were nine children of the marriage. In 1838 he married Maria William Anderson, daughter of George Anderson of St. Augustine, Fla.

Makers of America: An Historical and Biographical Work by an Able Corps of Writers, Volume 2: Google eBook.