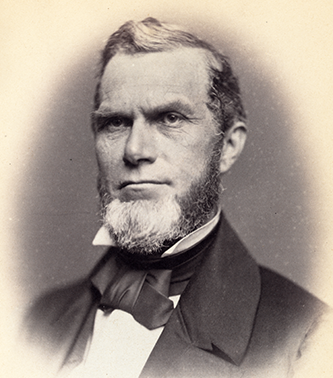 Francis Burton Craige, editor, lawyer, and congressman, the youngest son of David and Mary Foster Craige, was born on the south fork of the Yadkin River five miles from Salisbury. He attended classical school in Salisbury, was graduated from The University of North Carolina in 1829, studied law with David F. Caldwell, and was admitted to the bar in 1832 when he was barely twenty-one.

While reading law, Craige edited the Salisbury Western Carolinian (1830–33), making it the chief advocate of Nullification in the state and suggesting full cooperation with South Carolina in the dispute with Andrew Jackson. Craige was also a leader in the campaign to revise the state constitution. He represented the borough of Salisbury and the County of Rowan in the House of Commons from 1832 to 1835, continually attacking those who upheld Jackson and supporting the call for a state constitutional convention.

Craige was decisively defeated by Abraham Rencher in 1835, when he challenged Rencher for his seat in Congress. The following year, Craige married Elizabeth Phifer Erwin (1815–81), daughter of Colonel James Erwin of Burke and granddaughter of General Matthew Locke of Revolutionary War fame. He settled down to practice law, farm, and raise a family. James Alexander was born in 1841, Kerr in 1843, Francis Burton, Jr., in 1846, Mary Elizabeth in 1848, and finally Annie Erwin in 1852. Craige was active in the Episcopal church. In 1847, The University of North Carolina awarded him a master's degree. But these were the years of the Mexican war, the abolitionist activity to the north, and the Compromise of 1850, and politics were never far from Craige's attention.

In 1853, as a Democrat, Craige opposed Whig James W. Osborne for the Seventh Congressional District seat, winning by 316 votes. He was returned in 1855 over Know-Nothing competitors, in 1857 without opposition, and in 1859 over S. H. Walkup, a Whig. In Congress he was an ardent defender of southern rights and opponent of compromise. After the election of 1860 he favored secession, and in March 1861 he attended the Goldsboro convention of the Southern Rights party, which called for North Carolina to leave the Union.

Craige left Congress in 1861 and was elected a delegate to North Carolina's Secession Convention in Raleigh. At the request of Governor John W. Ellis, Craige introduced the ordinance that repealed the state's ratification of the federal Constitution. He then became a delegate to the provisional Confederate Congress meeting in Richmond from July 1861 to February 1862. His three sons saw service in the Confederate Army.

After the war, Craige continued his farming activities and returned to the practice of law. He died at Concord while attending the Cabarrus County Superior Court. He was buried in Old English Cemetery in Salisbury. 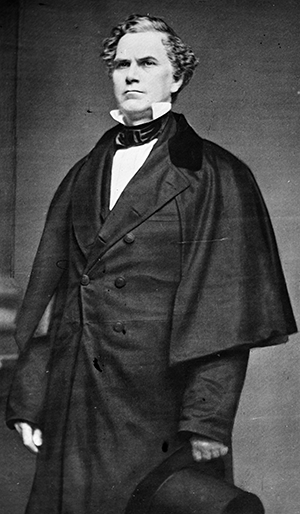