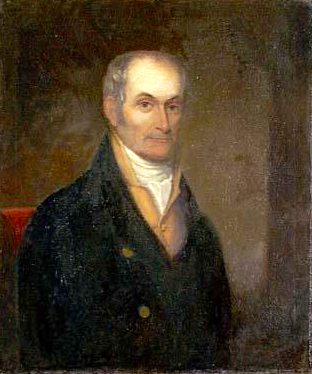 Willie Blount, lawyer, judge, and governor of Tennessee, was born at Blount Hall, Craven County, the son of Jacob Blount and Hannah Salter Baker, widow of William Baker. He was educated at Princeton and Columbia and studied law in New Bern with Judge John Sitgreaves. His half brother William was appointed governor of the Territory South of the River Ohio in 1789, and Willie joined him there as his private secretary.

Willie Blount represented Montgomery County, Tenn., in the provincial assemblies of 1794 and 1795. When a portion of the territory became the State of Tennessee in 1796, he was elected by the legislature as a judge of superior court, but he soon resigned. He settled in Montgomery County in Tennessee, where he married Lucinda Baker, daughter of Major John and Ann Norfleet Baker, originally of Bertie County but residents of Tennessee at the time of the marriage. Willie and Lucinda Blount were the parents of two daughters, Eliza Ann and Lucinda.

In 1807, Blount was elected to the legislature; after one term he was elected governor of the state, in 1809. He served until 1815, the constitutional maximum of three consecutive terms. As governor he was instrumental in removing the Indian title to much of the land in the state and in improving transportation and communication facilities. His third term was devoted largely to warfare with the Indians and the British, as the War of 1812 was then in progress.

After the death of his first wife, Blount was married on 19 Feb. 1812 to Mary White, the widow of Hugh Lawson White, a native of Iredell County.

At the end of his third term as governor in 1815, Blount retired to his home, Bakerdon, in Montgomery County, Tenn., where he wrote a history of his adopted state (never published). He was a candidate for governor against Sam Houston in 1827 but was defeated. He was a Democrat, a strong supporter of Andrew Jackson, and an active member of the constitutional convention of 1834.

Blount was buried in Clarksville.