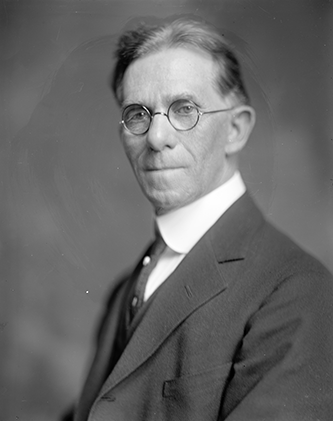 James Jefferson Britt, educator, lawyer, and U.S. congressman, was born six miles from Johnson City in Carter County, Tenn. His father was James Jefferson Britt, a farmer and mechanic, who served in the Union army during the Civil War; his mother was Nancy J. Underwood. The family farm was raided by both armies during the war, leaving an austere environment for Britt, the youngest of ten children. He attended school for only ten months during his childhood; all further education he gained on his own. By the time he was eleven years old, he was working in a shoe shop and learning the trade. After diligent self-education, Britt qualified as a teacher in 1877, at the age of sixteen. He taught for the next ten years, moving to North Carolina in 1880, and in the course of his continued studies earned a B.A. degree. Subsequently, he was principal of the Burnsville Academy for nine years, principal of the Bowman Academy in Bakersville for three years, and superintendent of public schools in Mitchell County for four years. He was offered a teaching position in mathematics at the State Agricultural and Mechanic College of North Carolina but declined because of poor health.

Having become interested in law, Britt studied in private law offices in the area. In 1903 he entered The University of North Carolina to study law; he completed his studies and was admitted to the bar in 1905, returning to the mountains to practice in Asheville. Combining his legal training with government service, Britt was cashier of the Internal Revenue office in Asheville from 1906 to 1909; special attorney for the U.S. Department of Justice 1906–9; assistant attorney general for the United States for the prosecution of civil cases in the Post Office Department, 1910; and third assistant postmaster general, by appointment of President Taft, from December 1910 to March 1913. In 1913 he returned to Asheville to practice law as the senior member of the law firm Britt and Toms.

Taking an active interest in politics, Britt became a leader in the Republican party. He was a delegate to the Republican National Convention in 1904 as a supporter of Theodore Roosevelt. He was the Republican nominee for Congress in North Carolina's Tenth District in 1906 but was defeated. Offered the nomination for governor on the Republican ticket in 1908, he declined, but he ran for the state senate and was elected, serving as minority leader during the 1908–9 term. In 1914, Britt was elected to the U.S. Congress from the Tenth District of North Carolina to serve in the Sixty-fourth Congress. He sought reelection for the next term in a notable race against Zebulon Weaver, the man he defeated in 1914. Weaver was declared the winner and seated in Congress, but Britt contested the election and ultimately prevailed after a diligent fight. Britt was seated on 1 Mar. 1919 and served until 3 Mar., drawing his salary for the full term although he actually served only three days. After this episode he retired from active political life. He served as chief counsel of the Prohibition agency in Washington and in 1926 was an unsuccessful candidate for chief justice of the North Carolina Supreme Court. In 1933 he retired from his Washington activities and returned to Asheville. In 1937 he was named to the National Republican Policy Committee to draft plans for the 1940 presidential race.

Britt was a member of the National Economy League and the Academy of Political Science. He held fraternal memberships with the Masons, the Odd Fellows, the Knights of Pythias, the Kiwanis International Club, and the Pen and Plate Literary Club of Asheville. He belonged to the First Baptist Church of Asheville and was well known as a Bible teacher. On 4 Apr. 1880, Britt married Mary J. Mosley, daughter of Reuben B. Mosley of Carter County, Tenn. They had eight children.

Britt died at his home in Asheville, and funeral services were held there at the First Baptist Church. 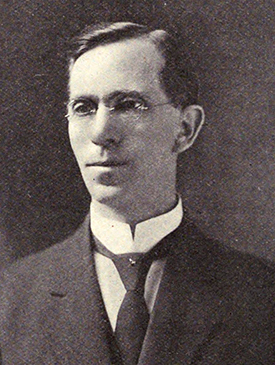 Britt, James J. (James Jefferson). Enlargement of federal powers, or, The relation of the states and the nation : a paper read before the Pen and Plate Club, at Battery Park Hotel, Asheville, N.C., on Thursday evening, May 9, 1907. [S.l. : s.n.]. 1907. https://archive.org/details/enlargementoffed00brit (accessed December 5, 2013)