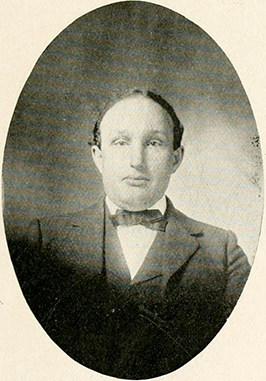 Eugene Clyde Brooks, educator and public servant, eldest son of Edward and Martha Brooks, was born in Greene County and grew up on a farm in Lenoir County. He attended private and public schools near Grifton. After his graduation from Trinity College in 1894, he embarked upon a career in journalism, first as an assistant to Josephus Daniels, the new owner of the Raleigh News and Observer, and later as editor of the Mirror in Wilson. In 1898 he left newspaper work to become principal of the Ormandsville High School in his native Greene County, and in the following year he assumed direction of the Kinston Graded School. Despite his brief tenure in these positions, Brooks won a reputation as a "progressive school man" and inspired considerable enthusiasm for education in each community. He accepted an invitation to become the first superintendent of the Monroe City Schools in June 1900 and within a short time established one of the model school systems in the state. His efficient administration and bold innovations in Monroe attracted considerable attention in educational circles and actually marked the beginning of his rise to state-wide prominence.

In 1902, Brooks joined Charles D. McIver, James Y. Joyner, and others in an educational campaign initiated by Governor Charles B. Aycock, largely for the purpose of fulfilling his promise to provide white school children with the literacy qualifications required by the state's new suffrage laws. The campaign sought to win popular support for public education that would result in greater local taxation and school consolidation. As the first secretary of the central campaign committee, Brooks arranged hundreds of public addresses of prominent citizens, prepared and distributed large quantities of publicity literature, and issued periodic statements on educational conditions. Impressed by his conduct of the campaign, state superintendent James Y. Joyner persuaded him to leave Monroe and accept a position in the North Carolina Department of Public Instruction. His work there concerned rural libraries, courses of study, and loans for school construction. In this capacity he gained experience in educational administration, widened his circle of influential friends, and acquired an intimate knowledge of school conditions. Above all, he won the enduring respect and admiration of James Y. Joyner.

In 1904, with Joyner's aid, Brooks was appointed superintendent of the Goldsboro schools. His three years in this post were marked by several notable improvements in the city's schools, especially in increased salaries for teachers, larger libraries, an expanded curriculum, and the establishment of a textbook rental system. While in Goldsboro, Brooks was appointed a member of the Committee of Eight on History in the Elementary Schools, a national group sponsored by the American Historical Association, whose recommendations had a profound impact upon the teaching of history in public schools. He also became an influential figure in the North Carolina Teachers' Assembly and various other state school associations. In 1906, when these organizations decided to publish a journal, Brooks was selected editor, and for the next seventeen years he waged a relentless crusade for better public schools through the columns of North Carolina Education. His most persistent editorial campaign was in behalf of the six-month school term, which was finally established in 1918 by a constitutional amendment.

In the meantime, Brooks had left Goldsboro in 1907 to establish a department of education at Trinity College. For the next twelve years he gave his alma mater a preeminence in teacher training in the state. This unorthodox professor of education inspired a generation of teachers not only in his regular college classes but also through his extension program, the first in North Carolina for teachers already in service. His extension courses became the model for similar efforts elsewhere and served as a basis for his correspondence course, known as the Teachers' Reading Circle. While at Trinity, he served the Association of College and Preparatory Schools of the Southern States in various capacities and found time for research and writing. Six of the seven books he published were designed for public school use.

In 1919, Brooks was appointed state superintendent of public instruction to fill Joyner's unexpired term. A year later, he was elected by a vote larger than that of the heads of the ticket. Under his leadership between 1919 and 1923, the state's public schools underwent an extraordinary transformation. Largely through his efforts, the state adopted a uniform certification plan and salary schedule, improved the qualifications of its teaching and administrative personnel, and introduced sweeping changes in the method of financing public education, changes that placed greater emphasis on state control. No less impressive were his accomplishments in expanding high schools, vocational training, and pupil transportation facilities. His particular concern for black schools led to the launching of "the golden period of Negro education in North Carolina." The rapid changes and expansion during his tenure prompted Brooks to initiate an overall administrative reorganization of the department of public instruction on a divisional basis in an effort to achieve greater efficiency. He rounded out his term of office by codifying the public school laws in 1923.

In that year he assumed the presidency of North Carolina State College in Raleigh in order to direct its reorganization. During his administration the college witnessed a spectacular physical transformation and rose from the status of a trade school to that of a technological and professional institution of recognized standing. Despite his misgivings about the movement to make the college a part of the consolidated University of North Carolina, he refused to become either an obstructionist or a rallying point for opponents of the plan. Always sensitive to the interests of State College, he played a key role in the consolidation process and remained head of the Raleigh institution for several years after it had become a unit within The University of North Carolina.

While president of the college, Brooks devoted much of his energy to county government reform, a subject that had first attracted his attention during his tenure as state superintendent of public instruction. He was in no small measure responsible for securing legislation in 1927 and 1931 that wrought a veritable revolution in the administration of county fiscal affairs. At the same time he served as secretary of the North Carolina Park Commission, a position that exemplified his persistent interest in conservation. Largely through the work of the commission and its counterpart in Tennessee, the Great Smoky Mountains National Park became a reality in 1930.

Brooks married Ida Myrtle Sapp of Kernersville. They had three children, two daughters and a son.

"Prof. E. C. Brooks." Photograph. Sketches of Monroe and Union County : together with general and individual characteristics of their people and a description of the natural resources and business enterprises. Charlotte, N.C. : News and Times Print. 1902. 61. https://archive.org/stream/sketchesofmonroe00stac#page/60/mode/2up/search/brooks (accessed October 7, 2013).