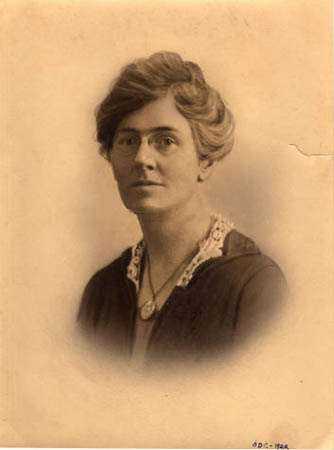 Olive Dame Campbell, founder of the John C. Campbell Folk School, was born to Lorin Low and Isabel Arnold Dame in Medford, Mass. She married John C. Campbell on 21 Mar. 1907 and moved to the mountains of north Georgia, where her husband was president of Piedmont College. From 1908 to 1912 she accompanied him through the mountains of Tennessee, Kentucky, Georgia, West Virginia, and North Carolina, surveying social and economic conditions. After 1913 she established residence in Asheville, where her husband was chief executive officer of the Southern Highlands Division of the Russell Sage Foundation. At his death in 1919, only the preface and first chapter of a projected study of the Appalachian region had been written; she completed the manuscript, which was published under her husband's name as The Southern Highlander and His Homeland in 1921.

During her early travels in the mountains, Mrs. Campbell began collecting traditional ballads and songs. She soon concluded, as she wrote in the Survey in 1915, that "the rich store still hidden away in the mountains has only been touched." Hearing in 1916 that the English collector Cecil J. Sharp was in the United States, she journeyed to Lincoln, Mass., to show him her collection. Their subsequent collaboration during a nine-week collecting trip produced major finds in such North Carolina locations as Hot Springs ("The False Knight upon the Road" and "Black Is the Color of My True Love's Hair"), White Rock ("Earl Brand"), Allanstand ("Lord Randall" and "Pretty Saro"), Big Laurel ("Cherry Tree Carol"), Allegheny ("The Wife of Usher's Well" and "The Wagoner's Lad"), Black Mountain ("The Maid Freed from the Gallows"), Spillcorn ("Hicks's Farewell"), and elsewhere. Of the 122 songs and ballads included in the collection published by Olive Dame Campbell and Cecil J. Sharp in 1917, English Folk Songs from the Southern Appalachians, thirty-nine had been collected by Mrs. Campbell before her expedition with Sharp. 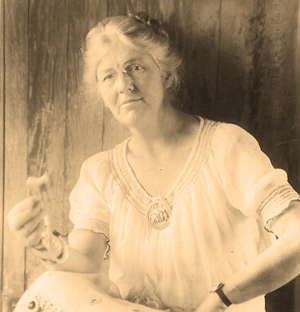 After her husband's death, Mrs. Campbell became executive secretary of the Conference of Southern Mountain Workers, which he had founded; she held the position until 1928. In 1921 she joined the staff of the Russell Sage Foundation. Her lifelong interest in using traditional folk culture as a basis for social reconstruction led her in 1922 to accept a Scandinavian-American Foundation fellowship for an eighteen-month study of adult education in the Scandinavian folk schools.

In late 1925 she returned to North Carolina and established the John C. Campbell Folk School in Brasstown. In an adult education curriculum modeled upon the Scandinavian experience, the school offered courses in arts, crafts, music, dancing, agriculture, forestry, the organization and operation of cooperatives, and other subjects and skills judged necessary to improve the economic and social life of the community. In 1928, Mrs. Campbell published The Danish Folkschool: Its Influence in the Life of Denmark and the North. In 1928–29 she was instrumental in establishing the Southern Highlands Handicraft Guild, a marketing organization for mountain craftsmen that maintains its headquarters in Asheville.