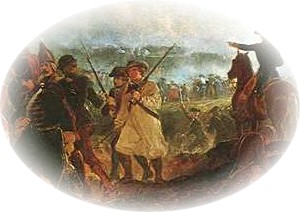 William Chronicle, a Lincoln County citizen-soldier of the Revolution, one of the heroes slain in the Battle of Kings Mountain, was the only son of William Chronicle, Sr. (ca. 1722–86), of Lincoln County and his wife, Dinah McKee Chronicle (ca. 1727–86), farmers of Pennsylvania Dutch origin. William Chronicle, Jr., was born in Rowan County. He received only the elementary education made available to youth in those days by the tutorship of family kindred, or a clergyman, or such a local schoolmaster as Frederic Baldstaff, who before the Revolution taught school in the neighborhood where the Chronicle family lived. Chronicle was appointed an officer in the county militia before he was twenty years old and, though he continued to retain his militia rank and responsibilities, was commissioned a captain in the guerilla organization known as the North Carolina Partisan Rangers.

From 1768 to 1779 the Chronicle family resided in Tryon County, created in 1768 from Mecklenburg County in honor of royal Governor William Tryon. Many leading people of the county, including the elder William Chronicle, did not like Tryon and favored the Regulator rebellion, which was crushed at the Battle of Alamance in 1771. Tryon County was abolished at the request of its own people, in order to curry support from its ex-Regulators at a crucial phase of the Revolution. Lincoln, one of two new counties formed in 1779 when Tryon was abolished, was named for a Continental Army officer from Massachusetts, General Benjamin Lincoln. When the Lincoln County militia regiment was organized in 1780, with William Graham as colonel and Fredrick Hambright as lieutenant colonel, William 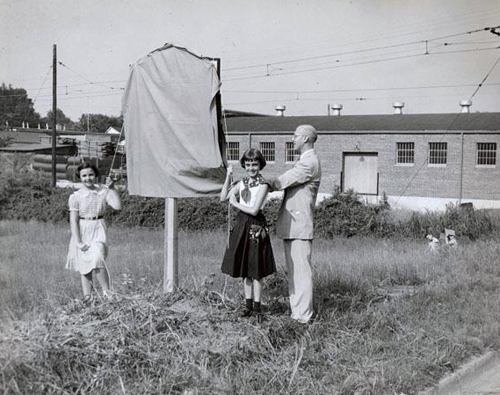 Chronicle the younger was elected major. Graham did not accompany the regiment to Kings Mountain because of illness in his family, and Chronicle led the charge of his regiment up the mountain slope. He was killed in action; his sword and spurs were brought home by his comrades and were given by his father to Chronicle's half brother, James McKee. Chronicle was never married. He had a sister, Sarah (ca. 1757–86), who married Abraham Scott and by 1785 had daughters (unnamed in the records) and sons named William and John. Chronicle's mother, whose maiden name has not been found, had been first married in Pennsylvania to a McKee who died in about 1753, during or soon after migration with his family to North Carolina. He left his widow with an infant son, James. The widow married William Chronicle, Sr., in 1754.

James McKee, in December 1801, while a resident of Lincoln County, petitioned the General Assembly to be allowed to inherit military lands and other benefits accruing to the estate of his deceased half-brother, "who was killed at the Battle of King's Mountain and died intestate leaving behind him no legal heirs." Petitioner McKee stated that "if the law of descent had been the same as it is at the time of this petition, then petitioner would be entitled to inherit this officer's estate." The General Assembly passed a special act in his favor. The statement that Chronicle left behind him no legal heirs at the time of his death was quite contrary to fact, however, inasmuch as his father, mother, sister, nieces, and nephews were still alive five years after the Battle of Kings Mountain, when Chronicle's father wrote his will. The will was duly probated and executed in Lincoln County in 1786. It is possible that all these legal heirs had died without descendants by 1801, but the failure to account for them is itself remarkable. McKee attained prominence in Lincoln County. Among his descendants was a grandson, William Henry, M.D. (7 Sept. 1814–Apr. 1875), of Raleigh, who was the father of James, M.D. (5 Jan. 1844–5 Jan. 1912), also of Raleigh.

Chronicle's place of burial is unknown, but presumably he was buried near where he fell at Kings Mountain battleground in South Carolina.