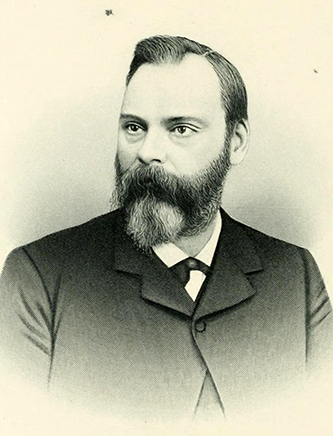 James McKee, physician, educator, and Confederate officer, was born in Raleigh, one of four children of William Henry and Susan E. Battle McKee. His father was a prominent medical doctor in Raleigh; his mother, who died when he was eight, was the sister of Judge William H. Battle. James McKee attended the Lovejoy Academy in Raleigh until 1859, then entered The University of North Carolina. He left the university to join the Confederate army and never returned to study there, although the trustees awarded him a B.A. degree in 1911.

In 1861 McKee enlisted as a private in Company D, First Regiment of North Carolina Volunteers, and was mustered out in October. After reenlisting as a lieutenant and serving as a drill master in Confederate instructional camps at Raleigh and Morganton until December 1862, he entered active service and participated in the Battle of Kinston. He then joined the Seventh North Carolina Regiment and remained with it until the end of the Civil War.

Returning to Raleigh after the war, McKee was employed as a special messenger for the National Express and Transportation Company for about a year before he began the study of medicine in his father's office. He entered Bellevue Hospital Medical College in New York in October 1867 and was graduated with an M.D. degree in March 1869. At first McKee practiced in Raleigh with his father but soon established a successful practice of his own. Thereafter he earned the admiration and respect of his acquaintances, both personal and professional.

McKee contributed to the improvement of health care in his community as a member and for a time as president of the Raleigh Medical Academy, as president of the Raleigh Board of Health, as an organizer of the Wake County Medical Society, and as the first superintendent of the Wake County Board of Health. He was secretary of the Medical Society of the State of North Carolina for six years and a delegate to the American Medical Association. In addition, he was an alderman of the city of Raleigh, a surgeon for the Southern Railway Company, and a trustee of Rex Hospital. One of the directors of the state Hospital for the Insane (now Dorothea Dix Hospital) from 1896 to 1901, McKee was in the latter year unanimously elected superintendent of that institution. Under his leadership the hospital's facilities greatly improved, and he remained dedicated to his work there until the end of his life.

His chief contribution to education was as a pioneer in providing instructional programs in medical science for blacks. This he did as professor of obstetrics and gynecology and dean of the faculty at the state's first four-year medical school, the Leonard Medical School of Shaw University, until failing health forced his retirement; he was emeritus dean of the faculty at the time of his death. McKee was also professor of nervous and mental diseases in the medical department of The University of North Carolina.

An oil portrait of McKee, now privately owned, originally hung in Raleigh's Capital Club, of which he was a founder and president for twenty years. A Democrat, an Odd Fellow, and a member of Christ Episcopal Church, he married, on 30 Sept. 1873, Mildred Sasser, the daughter of John W. and Lucinda Haywood Sasser of Wayne County. The couple had six sons: William Henry, John Sasser, James Battle, Edwin Borden, Lewis Middleton, and Philip Sasser. McKee died in Raleigh and was buried in Oakwood Cemetery.

Cyclopedia of Eminent and Representative Men of the Carolinas of the Nineteenth Century, vol. 2 (1892 [engraving]).

Transactions of the Medical Society of the State of North Carolina 59 (1912).

Prince, Monique. "Summary of the Report of the Board of Directors and Superintendent of the State Hospital, Raleigh, N.C., for the Two Years Ending November 30, 1904." The North Carolina Experience. Documenting the American South, University of North Carolina at Chapel Hill. https://docsouth.unc.edu/nc/statehospital1904/summary.html (accessed September 5, 2013).