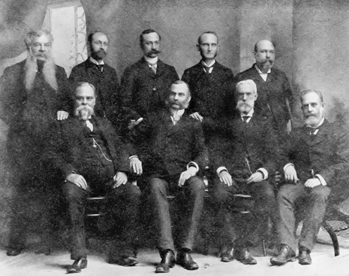 The Leonard Medical School, established in Raleigh by Shaw University in 1880, was the first four-year medical school in the United States and trained more than 400 Black and African American physicians during the nearly 40 years of its existence. Soon after Henry Martin Tupper of Massachusetts, a missionary representing the American Baptist Home Mission Society, founded Shaw in 1865, he cited the need for educating black physicians. Stressing the absence of any institution for their training between Washington, D.C., and New Orleans, he finally persuaded Shaw's trustees to organize a medical department on the Raleigh campus. Partial funding came from the American Baptist Home Mission Society and other northern philanthropists, primarily Judson Wade Leonard, of Hampden, Mass., the brother of Tupper's wife. In his honor the new department was named Leonard Medical School. The site, a square acre at the southeast corner of the antebellum governor's mansion lot, then occupied by Raleigh's Centennial Graded School, was donated by the North Carolina General Assembly.

The Leonard Medical Building, or Leonard Hall, was under construction by the spring of 1881 and opened on 1 November with a faculty of two white Raleigh physicians. Dr. James McKee held the chair of physiology and medical principles and practices, while continuing his own medical practice, and Dr. F. A. Spafford, already a classics professor at Shaw, taught anatomy. As enrollment increased, as many as 23 other members of Raleigh's white medical profession acted as part-time faculty over the life of the school.

Tuition for the initial student body was partially financed by a small endowment and later by the John F. Slater Fund. The students helped reduce their expenses by performing some of the maintenance work in Leonard Hall. Their first-year curriculum of necessity included some preparatory science classes as well as medical courses. By the first graduation, in 1886, Leonard offered a graded program requiring a full four years, thus becoming the first four-year medical school in the nation. 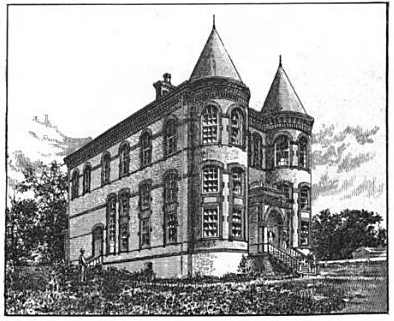 Leonard's first graduates included six doctors, all of whom passed their licensing board examinations. Two of them were North Carolinians, and the others were from Georgia, South Carolina, Virginia, and West Virginia. Two of the six began their medical practice in the state. One of these, class valedictorian Lawson Andrew Scruggs, was resident physician at Leonard Hospital for several years.

Although Leonard continued to graduate well-trained, successful physicians, its limited endowment made it increasingly difficult to expand and keep pace with other black medical schools. Meharry Medical College in Nashville, Tenn., and Howard Medical College in Washington, D.C., received much more funding. In Raleigh, Saint Augustine's College completed a massive new three-story building for its St. Agnes Hospital during the 1908-9 academic year.

In 1914 the Shaw trustees shortened the medical curriculum to two years, with the expectation that graduates with bachelor of science in medicine degrees would go on to Meharry or Howard, which were by then receiving considerable Rockefeller funding. Finally, the decision was made to close the school, with the last classes apparently held during 1918-19.

Two structures built for the Leonard Medical School are extant, both on the west side of the 700 block of South Wilmington Street -- Leonard Hall and the adjacent Tyler Hall (1910). After the medical school and hospital closed, these structures were used for a variety of purposes. Both buildings are within Raleigh's East Raleigh-South Park Historic District, which was entered in the National Register of Historic Places in 1990.

Wilmoth A. Carter, Shaw's Universe: A Monument to Educational Innovation (1973).