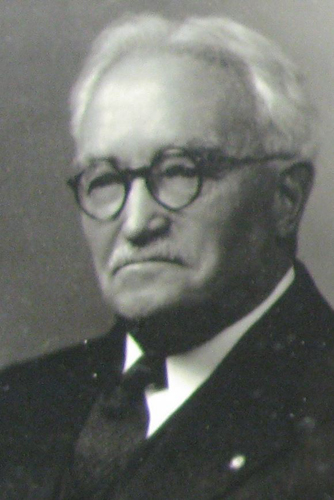 Colburn was educated at the University of Michigan, receiving a B.S. in civil engineering in 1896. He joined the Detroit Bridge and Iron Works as a draftsman that same year. In 1898 he became resident engineer for the Victoria Jubilee Bridge in Montreal, and in 1900 he was one of the organizers of the Canadian Bridge Company of Walkerville, Ont., of which he was secretary-treasurer until 1911. From 1911 until 1913 he was vice-president of the People's State Bank of Detroit. During the First World War he served as a field director (major) in the American Red Cross in Pensacola, Fla.

In 1920 the Colburns moved to North Carolina. One of Colburn's first projects was to assist in organizing the Biltmore Estate Company, of which he served as vice-president and treasurer until 1936; this company developed Biltmore Forest. From 1933 to 1953 he was president of the First National Bank and Trust Company in Asheville, and after his retirement in 1953 he retained his position as chairman of the board of directors. At the time of the merger with the Union National Bank of Charlotte, forming the First Union National Bank of North Carolina, Colburn was named honorary chairman of the board of the new organization.

Colburn was instrumental in the founding of the Southern Appalachian Mineral Society, the Society of Mayflower Descendants of North Carolina, and the Archaeological Society of North Carolina. He brought to all his activities a warm, genial personality, a liveliness of mind, an energetic temperament, and frequent extensions of the hospitality of his home.

Colburn's interest in mineralogy dated from childhood, his father having owned a large iron mine. Roaming throughout the Southern Appalachian region in North Carolina, he acquired a collection of North Carolina minerals rated as the finest of its kind in the country. He reopened at great personal expense of both time and money the Hiddenite Mine near Stony Point. Most of his collection was purchased in 1945 by friends and alumni of the University of South Carolina and presented to the university for permanent exhibition in the geology department. The remainder of the collection has been donated by Colburn's family to form the nucleus of the Burnham S. Colburn Memorial Mineral Museum in Asheville, sponsored by the Southern Appalachian Mineral Society.

Throughout his life, Colburn did all he could to foster knowledge of and interest in the mineral world. He became a member of the Mineralogical Society of America in 1930, and in December 1936, in recognition of his lifelong interest in minerals and his great kindness and generosity to amateurs and professionals alike, he was elected a fellow. He served as vice-president for the year 1939.

Colburn initially joined the Mayflower Society in Detroit, Mich., in 1905; he served as governor of the Michigan society from 1909 to 1911 and as deputy governor general for several years. In 1927 he joined the Massachusetts society as a life member, and he was also a member of the Francis Cooke Colony of the Florida Society, for he was a winter resident of Ormond Beach, Fla. The organization of the North Carolina Society in 1924 was the result of the efforts of Addison Pierce Munroe, Macon Rush Dunnagan, and Colburn. Colburn served as governor from 1924 until 1933, and under his leadership the society grew rapidly. He continued as historian of the society and remained an active member for the rest of his life, enjoying the genealogical work associated with the society. His valuable collection of genealogical books is at Duke, with duplicates in the society's library in Plymouth. Colburn also contributed to the society and to North Carolina assistance in the establishment of the prestigious Mayflower Cup, presented to a North Carolina writer of nonfiction each year.

Colburn's activity in the Mayflower Society culminated with his service as governor general of the national society for two terms, from 1933 until 1939. Despite the depression, the society grew under Colburn's leadership, with three new state societies added. During his tenure in office the Mayflower Quarterly was begun, with the first edition dated 15 Oct. 1935. Colburn served as editor until July 1939.

After his death, the Society of Mayflower Descendants of North Carolina established a memorial to him, which took the form of furnishings for the Myles Standish House in Plymouth and a tablet there to Colburn's memory. The dedicatory service of the Standish House was held on 22 May 1965.

Colburn was active in the Archaeological Society of North Carolina—indeed, the organizational meeting was held in his home in 1934. His fine collection of Cherokee artifacts was sold to Samuel Beck of Asheville and through his generosity has come to form a part of the museum of the Cherokee Indians in Cherokee, N.C.

Colburn held membership in Psi Upsilon, the Asheville Civitan Club, Pen and Plate, and the Biltmore Forest Country Club. He served as president of the board of trustees of the Asheville School. He was a deacon of the First Presbyterian Church and a Republican. Interest in the Pack Memorial Library of Asheville led him to donate a rare Bible, an ancient map of the British colonies, and an 1875 circular promoting a bond issue to finance a railroad in Buncombe County.

Sturgis E. Leavitt, A History of the Society of Mayflower Decendants in the State of North Carolina (1966), and "Tribute—North Carolina Society," Mayflower Quarterly, 25 Feb. 1960.

Charter Members of the Society of Mayflower Descendants in the State of North Carolina: http://www.ncmayflower.org/nc-charter-mbrs.htm