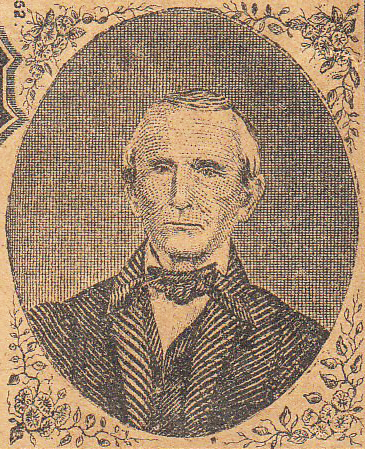 Daniel William Courts, legislator and state treasurer, was born in Culpeper County, Va., and by 1806 moved with his father, George Courts, to Rockingham County. Reared in Rockingham County, Courts was graduated from The University of North Carolina with an A.B. degree in 1823; he received an A.M. degree in 1832. After reading law in his home county, he began practice there, serving a term as county attorney; but within a few years he moved to Surry County. He was appointed to the board of trustees of The University of North Carolina in 1832 and remained on the board a total of twenty-nine years in two terms: 1832–39 and 1846–68; he became a member of the board's executive committee.

Entering politics as a Jacksonian Democrat, Courts represented Surry County in the House of Commons for four terms in 1831–33 and in 1836. In the last session of the legislature he was elected state treasurer, a position he held for two years until 1839, when he resigned to take an appointment by President Martin Van Buren as U.S. consul at Matanzas, Cuba. Following a short tenure in this post, he returned to North Carolina and his home county, Rockingham. Reentering politics, he was elected from Rockingham County to the House of Commons in 1846 and 1848 and to the senate in 1850. While in the senate he was again elected state treasurer, serving ably from 1852 until January 1863. When North Carolina seceded from the United States, he became a member of the prosecession faction of the Democratic party. He was defeated in 1862 by Jonathan Worth, the nominee of the party led by the newly elected governor, Zebulon Vance.

From Raleigh, Courts returned to his substantial Rockingham County plantation, which had in 1860 over a thousand acres and forty-six slaves. His last political office was a term in the state senate in 1864. During the economic disruption of the postwar period, he sold his property in Rockingham County to satisfy debts and moved back to Raleigh, where he lived quietly until his death. He was buried in Rockingham County.

Kemp P. Battle, Sketches of the History of the University of North Carolina (1889).