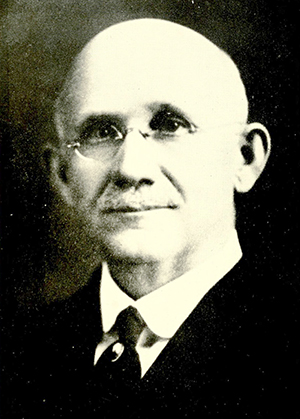 Willis Richard Cullom, clergyman and educator, was born in Halifax County, near Weldon. He was the fifth child and second son of Joseph Joel and Mary E. Johnson Cullom, who ultimately became the parents of fourteen children. He was taught to read by a maiden aunt, Amanda Cullom, and completed his education at various private schools in Halifax and Warren counties.

Joseph and Mary Cullom were pious Methodists with strong convictions concerning the importance of religion to the individual, and Willis early demonstrated an interest in church matters. In 1880 he came under the influence of the Reverend Albert G. Willcox, a young Baptist preacher who comforted the Cullom family in the long illness and the death from typhoid of Willis's older brother, Charles. In the summer of 1881, Willis Cullom was converted during a revival conducted in a brush arbor near the Cullom home by Willcox and Dr. James D. Hufham of Scotland Neck. On the following 1 Sept., Cullom and eleven fellow converts covenanted together to form the Quankie Baptist Church, which Cullom's parents soon joined. In the spring of 1883, sixteen-year-old Cullom became superintendent of the Quankie Church Sunday school.

Cullom's first employment away from his father's farm was as bookkeeper at the cotton gin of Burwell Davis in Warren County, where he worked in the fall of 1882 and again in 1883. In 1884 he took a job as clerk in J. L. Rodwell's store at Axtell, Warren County. There he remained until the fall of 1885, when he became the teacher of the elementary grades of a school at Yadkin Valley, Davie County; the school's principal, Gilbert L. Finch, who taught the higher grades, agreed to teach Cullom at night and on weekends in return for his assistance at the school during the weekdays. At the end of the school year, in June 1886, Cullom returned to Axtell, where he occupied his old room in Rodwell's store while teaching a six-week summer school nearby. There, at some time during July, he concluded that he was called to preach. Upon the invitation of the pastor of the Baptist church at Warrenton, the Reverend Thomas J. Taylor, Cullom conducted a prayer meeting at Warrenton and lost his lingering doubts of the genuineness of his call.

Cullom gave up the principalship of the school at Yadkin Valley, to which he had been named following Finch's resignation, and the following September entered the preparatory department of Wake Forest College. There, in addition to the regular course of study, he read widely in the college library in such varied areas as biography, history, philosophy, theology, economics, sociology, and literary criticism. His favorite periodical was apparently the Edinburgh Review. In the fall of 1887 he entered the freshman class of Wake Forest College, becoming an excellent student. In 1888 he was called to the pastorate of the Warren Plains Baptist Church, where he served while continuing his studies at Wake Forest. On 22 July 1888 he was ordained to the ministry by his home church, Quankie Baptist. As a devout Christian of conservative background, he, like many of his fellow students, was deeply disturbed by the implications for religious faith of the discussion of Darwinian evolution agitating the campus. Gradually, he was able to work out a reconciliation of Christian doctrine and evolutionary theory that satisfied his own mind and strongly influenced his later work as a pioneer teacher of religion at the college level.

In June 1892, after six years of study pursued despite financial difficulties, Cullom was graduated by Wake Forest College with the A.M. degree. The following 1 Oct. he was one of approximately two hundred young men who were enrolled at the Southern Baptist Theological Seminary, Louisville, Ky., to study under such giants of Baptist theological education as John A. Broadus, A. T. Robertson, and John R. Sampey. Cullom received the Th.M. degree in 1895 but remained at the seminary for doctoral studies during 1895–96. Although seriously ill with typhoid for several weeks, he managed to complete the school year. Following the approval of his dissertation, "The Final State of the Impenitent," by the seminary's board of examiners, he was awarded the Th.D. in 1904.

In the meantime he had become professor of the Bible in Wake Forest College in 1896. In addition to his teaching duties, he served over the years in a number of North Carolina pastorates, at Youngsville, Wakefield, Dunn, Forestville, Spring Hope, and elsewhere. He was also a frequent contributor to the press of his denomination, especially the Biblical Recorder, the official journal of the Baptist State Convention of North Carolina, and he directed and taught in a number of Bible and Pastors' Institutes, first at Wake Forest and later at Meredith College. He planned and taught correspondence courses to help the Baptist pastors of the state keep abreast of developments in their areas of professional interest. For fourteen years (1901–15) he served as executive secretary of the board of education of the Baptist State Convention of North Carolina, the predecessor of the present Council of Christian Higher Education. In the 1930s he served as the state representative on the Education Commission of the Southern Baptist Convention; in 1931 he was its chairman. His contributions to the religious and educational life of his denomination were recognized by the University of Richmond (Va.) in 1915, with the honorary D.D. degree. Cullom's interests, however, were in no sense narrowly denominational; his associates "caught a glimpse more than once of . . . his truly ecumenical Christian spirit."

From 1 June 1918 to 1 Sept. 1920, Cullom was on leave of absence from Wake Forest College to serve as a special fund-raiser for the Southern and North Carolina Baptist conventions and as director of the "Mobile Schools," a system of twenty-eight centers scattered over the state, at which North Carolina Baptists gathered on 19–23 July 1920 "to pray, to counsel, to think, to plan." During 1922–23 he served as acting dean of Wake Forest College. In December 1922 the Baptist State Convention meeting at Winston-Salem rejected a move to depose W. L. Poteat as president of Wake Forest College on a heresy charge growing out of his support of theistic evolution; Cullom's unobtrusive influence counted heavily in Poteat's favor. Though as much a theistic evolutionist as Poteat, Cullom was protected from a similar charge of heresy by his conservative appearance, his close friendship with many of the convention's more conservative leaders, and his less exalted position at the college.

After his mandatory retirement from teaching in 1938, Cullom continued to write pamphlets on various theological topics as well as articles for the Biblical Recorder, Charity and Children, the Review and Expositor, and Christian Horizons. Especially noteworthy was the series "Wayside Heroism," which he contributed during the 1940s to Charity and Children, the official organ of the North Carolina Baptist Children's homes; the series told the stories of "ordinary people who faced poverty, illness, misfortunes with heroic faith." He also followed a busy schedule of preaching and speaking, and for some years after his retirement from the faculty of Wake Forest College he continued to serve as the regular pastor of the Spring Hope Baptist Church. In 1956, at age eighty-nine, he delivered the last commencement sermon of Wake Forest College prior to its removal from Wake Forest to Winston-Salem.

Cullom visited Europe and the Near East in 1914 and returned to Europe in 1924. His interest in the latest developments in the theological field and in world affairs continued almost to the moment of his death. After his eyesight failed, he was assisted by readers who came to his home each day.

Cullom married Fanny Farmer of Louisville, Ky., on 2 June 1897. They became the parents of five children, Edward, Nancy, Elizabeth, Sarah, and a son who died at birth. Cullom died at Wake Forest, and funeral services were held in the Wake Forest Baptist Church, where he had been a member for seventy-seven years. Burial was in the Wake Forest Cemetery.