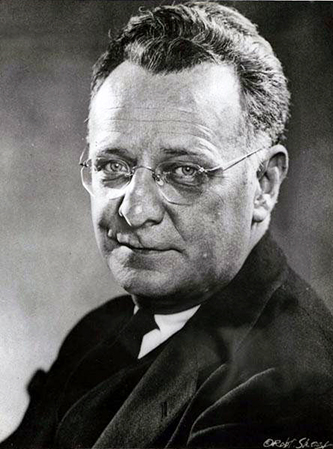 Jonathan Worth Daniels, editor and author, was born in Raleigh to Josephus and Addie Worth Bagley Daniels. Named for his maternal grandfather, Jonathan Worth, who was governor of North Carolina, he was the third son of the owner and editor of the Raleigh News and Observer. After attending Centennial School in Raleigh (1908–13), he moved to Washington, D.C., with his family in 1913 when his father became secretary of the navy. After studying there at John Eaton School (1913–15) and St. Albans School (1915–18), he continued his education at The University of North Carolina. He received a B.A. in 1921 and an M.A. in English the following year. As a student in Chapel Hill, he edited The Daily Tar Heel and participated in the Carolina Playmakers; during the summers he worked as a reporter for his father's newspaper.

After completing his studies at the university, Daniels briefly reported for the Louisville (Ky.) Times before studying law at Columbia University in 1922–23. Failing out of law school, he passed the North Carolina bar examination after an intensive summer course in Chapel Hill. He never practiced law. He returned to Raleigh in 1923 as a reporter and sports editor for the News and Observer ; from 1925 to 1928 he served as the paper's correspondent from the nation's capital. In 1930 he moved to New York City to write for Fortune magazine. His novel Clash of Angels, published in the same year, brought him a year-long Guggenheim Fellowship in creative writing that allowed him to travel and write in France, Italy, and Switzerland during 1930–31. He resumed work on the staff of Fortune before rejoining the News and Observer in 1932 as associate editor. When Josephus Daniels became ambassador to Mexico in 1933, Jonathan Daniels assumed the editorship of the family's newspaper and held the post until 1942.

During the 1930s Daniels strongly supported President Franklin D. Roosevelt's New Deal, advocated equal treatment for Negroes, defended the rights of organized labor, and, as a result, gained a reputation as a southern liberal. In The Mind of the South, W. J. Cash described Daniels as "sometimes waxing almost too uncritical in his eagerness to champion the underdog." While expressing his opinions on the News and Observer's editorial page, he also contributed scores of articles and reviews to national magazines and wrote A Southerner Discovers the South (1938) and Tar Heels: A Portrait of North Carolina (1941). In 1940–42 his column, "A Native at Large," appeared weekly in the Nation.

Early in 1942 Daniels joined the war effort in Washington, D.C., as assistant director of the Office of Civilian Defense in charge of civilian mobilization. In the fall of 1942 he began special assignments for President Roosevelt, and in March 1943 the president appointed Daniels one of his six administrative assistants. His work for Roosevelt involved the Tennessee Valley Authority, wartime baseball overseas, the Rural Electrification Administration, and domestic race relations. In March 1945 Roosevelt named him his press secretary, and he continued in the position temporarily under President Harry S Truman. Daniels campaigned with Truman in 1948 and wrote a biography of the president, The Man of Independence, in 1950. 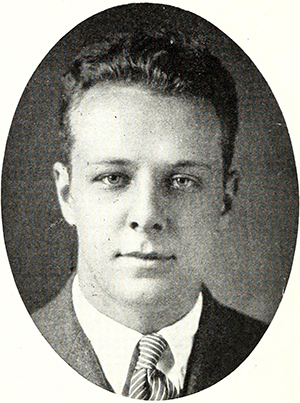 Daniels moved back to Raleigh in the summer of 1945 and continued his writing. His Frontier on the Potomac (1946) recounted his wartime impressions and experiences. He assisted his father as the News and Observer's executive editor in 1947 and succeeded to the editorship after Josephus Daniels's death the next year. Under his direction the newspaper followed a liberal editorial policy. Daniels supported W. Kerr Scott's gubernatorial candidacy in 1948 and, while Democratic national committeeman (1949–52), suggested in 1949 that Governor Scott name Frank P. Graham to the seat left vacant by the death of Senator J. Melville Broughton. In 1950 Daniels endorsed Senator Graham and worked for his campaign for reelection. During the 1950s he urged the South to accept school desegregation, and in 1956 he strenuously opposed Governor Luther H. Hodges's program for the state's schools. As an editor and politician, Daniels was, according to the Charlotte Observer, not only "a graceful writer and tart social critic" but "also a force for progress in North Carolina," especially in race relations.

In addition to his editorials, Daniels in the postwar years wrote dozens of books and articles. The Time Between the Wars (1966) and Washington Quadrille (1968) first publicized Franklin D. Roosevelt's affair with Lucy Mercer Rutherford. His historical studies included three children's books and a biography of General Milton Littlefield in Prince of the Carpetbaggers (1958), an account of crusading editors in They Will Be Heard (1965), and Ordeal of Ambition: Jefferson, Hamilton, Burr (1970). White House Witness 1942–1945 (1975) covered his work for Roosevelt.

Daniels also devoted much time to public service. He represented the United States on the United Nations Subcommission for the Prevention of Discrimination and the Protection of Minorities (1947–53), was a member of the public advisory board of the Economic Cooperation Administration and the Mutual Security Agency (1948–53), and served on the Federal Hospital Council (1948–53). He also was a member of the board of trustees of Vassar College in the 1940s and of the United States Advisory Commission on Information in the 1960s.

In the 1960s Daniels began spending increasing time at his home in Hilton Head, S.C.; in 1970 he moved there. He helped establish the Hilton Head Island Packet and contributed a weekly column, "Sojourner's Scrapbook," to the paper.

Daniels was a lifelong loyal Democrat. He belonged to the Episcopal Church of the Good Shepherd in Raleigh and St. Luke's Episcopal Church in Hilton Head. He was a member of Delta Kappa Epsilon, the National Press Club, the Watauga Club, and the Century Club of New York.

On 5 Sept. 1923 Daniels married Elizabeth Bridgers; they had one daughter, Elizabeth. His first wife died in December 1929. He married Lucy Billing Cathcart on 30 Apr. 1932, and they had three daughters, Lucy, Adelaide, and Mary Cleves. His second wife died in January 1979. Daniels died in Hilton Head and was buried in Six Oaks Cemetery on the island.