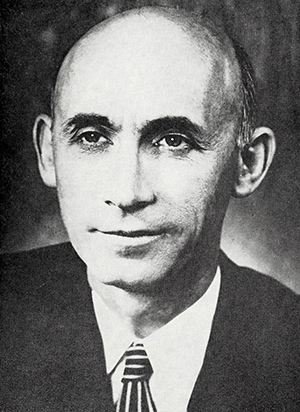 Charles Bennett Deane, lawyer and congressman, was born in Anson County, the youngest son of John Leaird and Florence Boyette Deane. The elder Deane was employed as a tenant farmer in Ansonville Township until shortly after the turn of the century, when he accepted employment with Pee Dee Mills and moved his family to Mill Village No. 2, Rockingham. Upon completion of grammar school at Pee Dee Academy, young Deane joined his father as a mill hand. Convinced, however, that he should further his education, Deane attended Trinity Park Preparatory School in Durham from 1918 to 1920 and was graduated from the law school of Wake Forest College in 1923. He was awarded the honorary doctor of humanities degree by Wake Forest in 1961.

Deane spent three years as a practicing attorney in Rockingham before being elected register of deeds for Richmond County in 1926; he retained the latter post until 1934. Returning to his private law practice, he spent considerable time in Washington, D.C., in the succeeding years as the compiler of the United States Congressional Directory (1935–39) and as an attorney for the Wage and Hour Division of the Department of Labor (1938–39). In 1940 he purchased an insurance business in Rockingham and for six years was engaged in administrative law and general insurance.

Though he had waged unsuccessful campaigns in 1938 and 1940 to represent North Carolina's Eighth Congressional District, Deane was victorious in his third bid to capture this seat in 1946. He then served five successive terms in the House of Representatives before he was defeated for reelection in 1956. Retirement from national politics found him spending the last thirteen years of his life in Rockingham, devoting his time and energies to the practice of law and to a multitude of civic and religious pursuits.

It was Deane's service on the House Appropriations Committee for National Defense that made him acutely aware of America's role in the ideological battle with world communism. He urged the ethical absolutes of moral rearmament—a movement with which he was closely allied—as the strategy for waging and winning this ideological warfare. It was his application of these same moral absolutes in personal decisions that dictated his refusal to sign the Declaration of Constitutional Principles (the so-called "Southern Manifesto") of 11 Mar. 1956—a document pledging its signers to the use of "every lawful means" to resist what they considered the usurpation of power by the federal judiciary in public school desegregation. Deane's subsequent defeat for reelection, in what was generally considered a "safe" district, is attributable to this refusal. In a later comment to his pastor, he said: "I do not have to remain in Washington but I do have to live with myself. I shall not sign my name to any document which will make any man anywhere a second-class citizen."

Deane was a Democrat and a Mason. He was also a prominent churchman within the Baptist denomination, serving in important positions of leadership locally, in the Baptist State Convention of North Carolina, and in the Southern Baptist Convention.