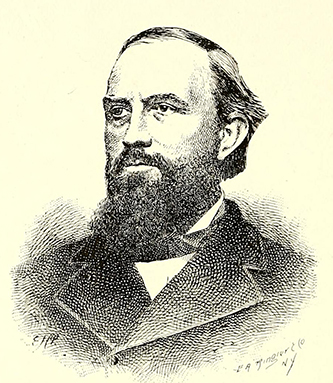 James Dinwiddie, educator, was born in Campbell County, Va., to William Walthal Dinwiddie, who followed agricultural and mechanical pursuits, and Nancy Bryan Dinwiddie. He was the grandson of Joseph Dinwiddie, a Virginian, and the great-grandson of William Dinwiddie, first of the family in America and a soldier who fought at Kings Mountain in 1780 and at Cowpens. He was educated at Hampden-Sydney College and the University of Virginia where he earned the M.A. degree in 1861. During the Civil War he joined the University Volunteers and received promotions to lieutenant, assistant adjutant general, and captain of artillery in General "Stonewall" Jackson's corps; he was major of infantry when the war ended. A valiant soldier, he participated in engagements at Cross Keys, Port Republic, the Seven Days Fight Around Richmond, Second Manassas, First Fredericksburg, and others.

Dinwiddie began his career in education as principal of Sayre Institute, Lexington, Ky., for one year. He was professor of mathematics at Southwestern Presbyterian University, Clarksville, Tenn., for ten years and served in the same position at the University of Tennessee for five years. In 1885 he purchased the Central Female Institute at Gordonsville, Va., where he remained for five years. In 1890 he assumed the presidency of Peace Institute, Raleigh, following the administration of John Burwell and his son Robert, and served seventeen years until his health failed in 1907. The family lived on the campus. During his tenure he bought most of the stock in the institute and became its virtual owner. The institute had ten "schools": mathematics, English, history, natural science, mental and moral philosophy, languages, pedagogy, music, art, and commerce. Associated with the institute at the time were Dr. Hubert Haywood, physician; Mrs. Mary T. Fowler, matron and nurse for thirty years; Professor James T. Brawley, music; William McSwain, helper for forty years; Dr. William A. Withers; Miss Pearl Rodman; Charles Duncan McIver, later first president of Woman's College of The University of North Carolina at Greensboro; and Miss Nannie, daughter of the president. Dinwiddie's chief contribution was to make Peace "a more progressive school" and to assist in its evolution into a form recognizable today as a college. In 1922–23 the renovated chapel was named The James Dinwiddie Chapel; his portrait hangs outside.

The educator was a member of the Odd Fellows, the Masonic Order (William G. Hill Lodge, No. 218, Ancient, Free, and Accepted Masons), Royal Arch Masons, and Raleigh Commandery, No. 4, Knights Templar. He was a Whig but became a Democrat and was a member of Raleigh's First Presbyterian Church.

Dinwiddie married Betty Morton Carrington, daughter of Dr. William Carrington of Halifax County, Va. To this union were born ten children, two of whom died in infancy. At his death in San Francisco, Calif., seven children survived him: James of New York; William of San Francisco; Nannie and Jane of Raleigh; Mrs. B. W. Kilgore and Mrs. E. B. Crow of Raleigh; and Mrs. A. B. Croom of Maxton. Burial was in Raleigh's Oakwood Cemetery.

Sidney A. Wilson, Personae: The History of Peace College (1972).