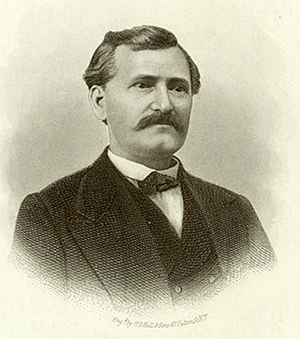 Joseph Dixon, congressman, was born in rural Greene County just across the county line from the town of Farmville in Pitt County. There apparently is no record of the names of his parents nor information on his early education. It is reported that he was tutored privately but his schooling probably did not include college. As a young adult he operated a farm and a grocery store in Greene County. On 4 July 1861 he enlisted as a private in Company H, Ninth Regiment (which became the First North Carolina Cavalry); he was discharged at Kinston on 19 May 1862 by reason of "frequent attacks of inflammatory rheumatism following typhoid fever." After the Civil War, however, he served as a colonel in the state militia.

In 1864 and 1865 Dixon served as a judge of the Greene County court, although he had not been trained in law. Elected from Greene County, he served two terms (1868–69, 1869–70) in the North Carolina House of Representatives. In 1870, upon the death of the incumbent, David Heaton, he was elected to the U.S. House of Representatives as a Republican, defeating his Democratic opponent, Dr. C. J. O'Hagan, by a vote of 14,076 to 12,333. He served in the closing days of the forty-second Congress, from 5 Dec. 1870 to 3 Mar. 1871, at the end of the first term of President Ulysses S. Grant. He did not seek election to a full term thereafter. Later that year he was appointed U.S. commissioner of claims, a post he held for two years (1871–73); he then returned to his farming interests in Greene County where he remained until his death. His only additional public activity was service as a delegate from Greene County to the North Carolina Constitutional Convention of 1875. He died eight years later, a month before his fifty-first birthday.

On 24 Dec. 1850 at Holly Grove, near Greenville, Pitt County, Dixon married Sallie A. E. Brown, daughter of Captain John S. Brown of the county. If they had children, their names are unknown, although one may have been Joseph Dixon from Fountain Hill who was a student at The University of North Carolina during 1882–84. The elder Dixon died in Pitt County near Fountain Hill, but it is not known whether he had been living there. He was buried in the Edwards Chapel Cemetery in Lenoir County.