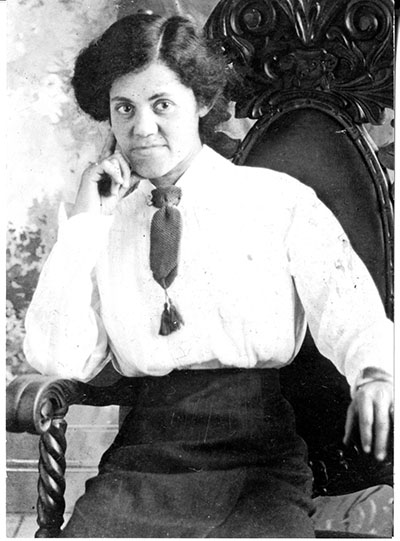 Susan Wright Sampson Dudley was an educator, dramatist, missionary aide, civil leader, socialite and spouse of James Benson Dudley. She was born in Wilmington to James Drawhorn Sampson (1806-1861) and Fannie J. (Kellogg) Sampson (1811-1882), both of whom were free people of color from Wilmington, NC. Affectionately regarded as "Susie" by family and friends, she was the fourteenth in a family of fifteen brothers and sisters. Her family was of mixed-race heritage and were members of the African Methodist Episcopal Church. Susan’s father was a wealthy carpenter/contractor who gained a reputation as a Master Builder in North Carolina. The family owned several properties and even shares of stock in the Wilmington and Manchester Railroads. Her family also owned over 60 slave apprentices.

Susan’s parents placed great emphasis on providing educational opportunities for her and her siblings. They hired live-in tutors and even sent most of her brothers to northern states for schooling. During her early years, Susan was coached in the home by her older siblings. Her formal education began at a small private school in Wilmington, NC. After completing her primary education she briefly attended Oberlin College in Cleveland, Ohio where she lived with her older brother and his family. Unfortunately, the death of her sister-in-law disrupted her education at Oberlin after only a few years of attendance. Upon returning to Wilmington, she decided to pursue training to become a licensed public-school teacher.

After earning her teachers’ license in 1880, Susan received a teaching position at Peabody Freedman’s School in Wilmington. She had only been teaching at Peabody School a short while when a new principal was appointed named James B. Dudley. Eventually, a courtship developed between teacher and principal, and they were married on February 23, 1882. Mr. and Mrs Dudley had two children, both girls. Their eldest daughter Vivian, was born in 1887, she would later become the wife of Dr. S.B. Jones, governor and health officer of Saint Kitts in the West Indies. Their younger daughter Inez died in 1904 but was one of the first graduates of the A & M college preparatory school. The Dudley’s, stayed on at Peabody School for fifteen years before James accepted the post of president at Agricultural and Mechanical College (now North Carolina A&T) at Greensboro, NC in 1895. 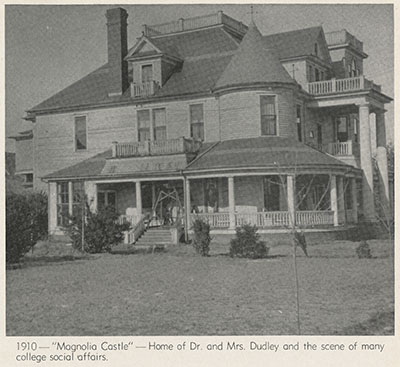 After moving to Greensboro, Susan immersed herself in her dual roles of first lady and faculty member at A&M College. The family’s 20 room mansion, “Magnolia Castle” was open to students and visitors and she was known to plan elaborate events for the community. Her first instructional assignment included teaching English literature and ancient history for the college preparatory school. She also coordinated activities such as dramatics and debate. During her tenure as “nominal” leader of dramatics, she wrote, produced and directed a number of plays which were performed the Wednesday night of commencement week also known as "Industrial Night'.  She also wrote many songs and poems including the words to A&T’s Alma Mater which she is most famous. Music for the poem was composed by Charles E. Stewart, an A&T music professor.

After resigning as faculty from A&T College, Susan focused more on community and civic activities. She started a small private school in her home and a music club for those in the community interested in learning the piano. She and some of her close friends also started a literary, dramatics and social club called the Chatauqua Triangle. In terms of religious activities, she dedicated much of her time to raising funds in support of foreign missions, eventually becoming president of the Women's Home and Foreign Missionary Society of the African Methodist Episcopal Church. One of her greatest accomplishments as a member of the Missionary Society was becoming editor of its small publication, "The Missionary Gleaner".

Upon Mr. Dudley’s sudden passing in 1925, Susan began to make several trips to St. Kitts to visit her daughter Vivian and her family. During these visits Susan was able to see several historic places including; the birthplace of Alexander Hamilton and the church where Lord Nelson was married. Unfortunately, Susan fell ill on a boat back to the U.S during one of her trips which affected her health for the remainder of her life. In her later days, she spent much of her time tending to her gardens and was often spotted playing board games with individuals on her homes' porch.  Mrs. Susan B. Dudley passed away on April 10, 1933 from complications related to diabetes and pneumonia. She is buried in Pine Forest Cemetery in Wilmington, NC.

Spruill, Albert W. "Alma Mater's Greatest First Lady." In Great Recollections from Aggieland, a Human-Interest Account of the Development of the Agricultural and Technical College of North Carolina from 1893-1960, 17-18. Whitehead Print. Company, 1964.