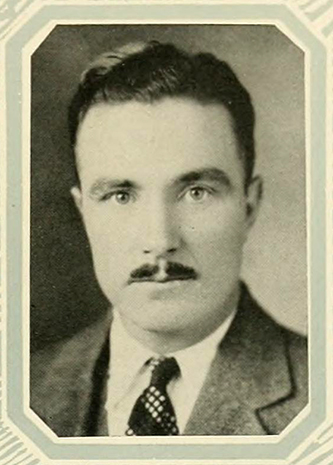 Howard Gibson Godwin, lawyer and jurist, was born near Dunn in rural Harnett County, the son of Leander A. and Ella Norris Godwin. After attending the public schools of Dunn, he entered The University of North Carolina where he received a bachelor of arts degree in 1928 and a bachelor of laws in 1934. At Chapel Hill, he completed a normal six-year course in five years and worked in many student jobs to defray his college expenses. Nevertheless, he found time for numerous campus activities. He was a member of the Debating Council, played varsity football during his three undergraduate years, won the Holt Scholarship as a junior, and joined Lambda Chi Alpha (social) and Phi Delta Phi (legal) fraternities. He also was a law librarian and an editor of the North Carolina Law Review.

Godwin was admitted to the North Carolina bar in the late summer of 1928, and in the same year accepted an editorial position with the Edward Thompson Law Publishing Company, Northport, N.Y., where he worked for five years. However, preferring active participation in the legal profession, he returned to Dunn where he engaged in private practice from 1933 to 1938. In the latter year he was elected clerk of the superior court of Harnett County and served with distinction until 1950, when Governor W. Kerr Scott appointed him a special judge of the state superior court. The appeal of private practice and the desire to spend more time at home caused him to resign from the bench in 1953. He spent the remaining years of his life as a practicing attorney in Dunn. For seven of those years he was city attorney and for four years, prosecuting attorney of the Dunn recorder's court.

An active churchman, Godwin was a member of the First Baptist Church, Dunn, where he taught Sunday school and was a longtime member of the diaconate. He belonged to the Dunn club of Lions International, serving in many leadership posts. He was also a lifelong Democrat and a member of the Harnett County (president), North Carolina, and American Bar associations.