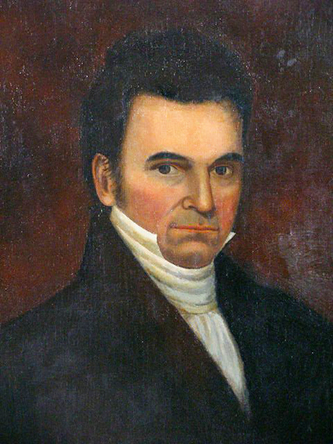 Charles Applewhite Hill, state senator, schoolmaster, minister, textbook writer, and author of the state's first Literary Fund law for the financing of public schools, was born in Franklin County. His father was William Hill (1750–ca. 1786), a landowner of substantial means, who was named a militia lieutenant for Bute County Company No. 6 in 1776. William was one of the witnesses to the deeding of the 100-acre tract on which the town of Louisburg, seat of Franklin, was established in 1779. After his death, his brother Henry qualified as guardian for William's four sons—William Bennett, Samuel Sugan, James Jones, and Charles Applewhite. In 1788 Thomas Brickell disputed the legality of Henry Hill's holding the post of guardian on the ground that he, as public register, thus held two offices. Green Hill, the clerk of court, upheld this position, removing his brother and appointing as new guardian William Brickell, brother of the objector. Several years after Henry Hill appealed through the courts, the decision was overturned and his nephews were restored to him.

Charles Applewhite Hill, like his cousins, Confederate Major General Matt W. Ransom and Congressman, House Speaker, and U.S. Senator Nathaniel Macon, was a descendant of Edward and Abigail Sugan Jones, pioneer eighteenth-century settlers on Shocco Creek in present Warren County. Another cousin of Hill was U.S. Senator Augustus Hill Garland, of Arkansas, who was attorney general of the United States under President Grover Cleveland. His uncle, Henry Hill, was elected to fourteen one-year terms in the state senate (1780–95); his uncle, Green Hill, Jr., served one term in the state house (1779); his first cousin, Jordan Hill, served three house terms (1787–88, 1790) and five terms in the senate (1799–1805); and his brother, James Jones Hill, served in the house (1805, 1808–9) and in the senate (1812–13, 1817–18). Charles himself served four terms in the senate (1823–26). In total, the Hills of Franklin County served thirty-three terms in the state legislature between 1779 and 1826.

When Hill entered The University of North Carolina in 1802, his residence was listed in university records as Franklinton. That year he was a member of the Philanthropic Society. In 1804, he was one of twenty students who left the university to protest the "Monitorial law, imposing an oath on all by turns to act the part of spies on each other's conduct." This anti-honor code group is said to have enrolled en masse at the Franklin Academy in Louisburg under the tutelage of the aggressive Yale graduate Matthew Dickinson when he opened the school in January 1805. Dickinson was later accused of trying to rival the university.

During 1807 and 1808 Hill served as a trustee of Franklin Academy. After 1808, he moved to Georgia and taught school for several years. He was in Washington County, N.C., in 1812 and returned to Louisburg in 1815. At that time he decided to finish his studies at Chapel Hill; he was graduated in 1816 with an A.B. degree at age thirty-two. In 1818 his textbook, An Improved American Grammar of the English Language for the Use of Schools, was published by the Gales printing firm in Raleigh. Two years later he was granted the M.A. degree by The University of North Carolina in recognition of his teaching career.

For four years (1816–20), Hill conducted the Warrenton Male Academy. Afterwards he taught a private school in Warrenton for one year and then moved back to Franklin County. From 1822 to 1828, he was principal of Midway Academy, which he founded in Franklin County, about halfway between Louisburg and Warrenton, near the present Ingleside community. The school burned in 1824, but was soon rebuilt and reopened. In newspaper advertisements for his school, Hill announced that if advice and admonition were unheeded he would use the rod, with parental prudence, to administer corporal punishment to his charges. And he further gave notice that his plan of education was designed to be preparatory for entrance to The University of North Carolina. 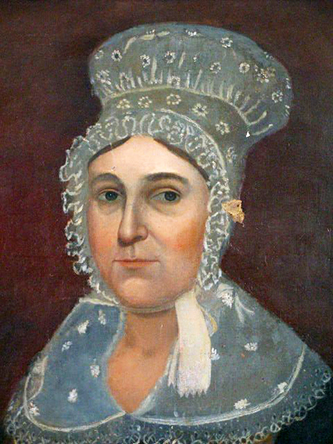 Hill was elected to the North Carolina Senate for four consecutive terms in 1823–26, when he was known as a champion of public education and a foe of lotteries. In 1824 he was chairman of the senate committee on education, and on 6 December of that year he introduced a bill to create a public school, or literary, fund by using the proceeds from state-owned bank stock and taxes from "gates, natural and artificial curiosities, peddlers, negro traders, and Billiard tables." On the third reading the Senate passed the bill 38 to 16, but it failed in the House of Commons, which earlier had postponed indefinitely a similar bill by one of its own members. Hill tried again, and on 22 Dec. 1825 he introduced legislation which, with slight amendment, passed both houses of the legislature and became the Literary Fund law, titled "An Act to Create a Fund for the Establishment of Common Schools." It was to be backed by income from various stocks, taxes, and vacant state lands. The money thereby generated was inadequate to institute any significant program on a statewide scale, and efforts to increase the fund's income failed for ten consecutive years. Nevertheless, the legislature's initial action eventually led to establishment of the state's public school system. "It has so often been asserted by North Carolina writers that [Bartlett] Yancey was the author of the Literary Fund Law of 1825, that I hesitate to utter a dissenting opinion. But the credit for the authorship of that law belongs to Charles A. Hill of Franklin," wrote Charles L. Coon in his 1915 history of North Carolina schools. In 1826, Hill was a leader of the opposition to lotteries and was a factor in creating enough sentiment to do away with what he considered gambling devices that ostensibly were for the aid of schools and churches.

In 1827 Hill announced that he was going to devote full time to school work, and in 1828, in addition to his duties at Midway, he became principal of Louisburg Academy. He retained both connections until his death, and for many years he was also a Methodist preacher.

Stephen B. Weeks, ed., Register of Members of the Philanthropic Society, University of North Carolina (1887).