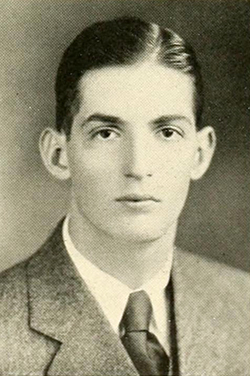 Donnell Shaw Holt, president and chairman of the board of Cannon Mills, was born in a mill house 100 feet from the gate of Trevora Mills in Graham, the son of Glenna and Seymour Holt, who eventually became superintendent of the mill. His grandfather, Isaac Holt, started as a day laborer, working his way up to head of the carding section of Trevora Mills. Don Holt was graduated from Graham High School in 1925 and The University of North Carolina in December 1929. At Chapel Hill he majored in chemistry, hoping to attend medical school; joined the Delta Tau Delta fraternity and was inducted into the Order of the Davians; and, at 6 feet 2 1/2 inches and 200 pounds, played end for the football team. He was named All-State in 1927 and 1928, and All-Southern in 1929. Though accepted by The University of North Carolina Medical School for the 1930 fall quarter, the depression frustrated his ambitions.

Having spent his summers working in textile mills since age fourteen, Holt found a job with Esther Hosiery Mill that paid $125 a month. After six months he obtained a position in the accounting and business section at Trevora. He took business courses at night for several years and swiftly rose in the organization, becoming vice-president of the mill in March 1937.

With America's entry into World War II, Holt joined the navy and was commissioned as a lieutenant in June 1942. For eighteen months he served in the New Hebrides as ground control officer for an aircraft scouting unit. While helping to pull an American flyer from his plane that had crashed in the ocean, Holt received a permanent injury to his back. He spent the last eighteen months of his three-year tour in Long Beach, Calif., as executive officer for a navy aircraft carrier service unit. Before his discharge in 1945 he was promoted to the rank of lieutenant commander.

After the war Holt returned to Trevora. Shortly after it was acquired by the Cannon Mills as a subsidiary in 1949, he was hired by Cannon and began a meteoric rise in that company. In 1950, he represented the Cotton Manufacturers Institute during an American textile mission to Japan to convince the Japanese to raise textile prices. The following year Charles A. Cannon promoted him to vice-president. Holt subsequently orchestrated the establishment of the decorative fabric and bedsheet division and in 1959 was elected executive vice-president. In 1960 he was named president of Cannon Mills of New York, the sales organization for the company. When Charles Cannon stepped aside in 1962 to fill the newly created position of chairman of the board, Holt—Cannon's personal choice—succeeded him as president and chief executive officer. Under Cannon's watchful eye, he introduced a more modern management style and brought younger men up in the organization. On the death of "Mr. Charlie" Cannon in 1971, Holt was reelected president and named chairman of the board, the first non-Cannon to head the company. He took over an organization recently under fire by the Justice Department for alleged discriminatory practices in company-owned housing and by "Nader's Raiders" for alleged corporate dominance of Kannapolis civic affairs. Holt quickly implemented a public relations campaign to counter negative perceptions of Cannon Mills. He also struggled with a slumping economy and a nearly successful attempt to unionize the company before retiring at the end of 1974. He remained on the board of directors until 1980, when he stepped down because of ill health. Two years later he died of kidney disease. 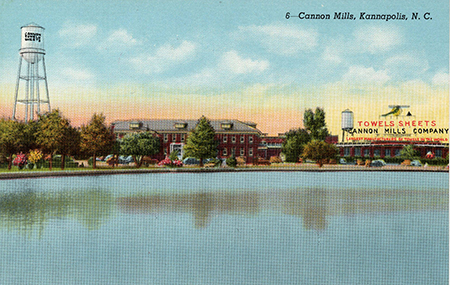 Holt was long active in civic and church affairs, receiving numerous awards. Before World War II he was appointed secretary to the board in charge of overseeing the bond issue for, and development of, the Alamance County Hospital. He also helped establish the Alamance Country Club. During his career he served on the board of directors of Wiscasset Mills, Wachovia Bank and Trust, North Carolina Cotton Manufacturers Association, National Bank of Alamance, and Alamance County Tubercular Sanatorium. In 1975 he was chairmain of the United Way campaign for Cabarrus County. Elon College and Livingstone College both awarded him a doctor of laws degree. He was inducted as an honorary member of the Phi Psi textile fraternity of North Carolina State University and named its "Man of the Year in Textiles" in 1973.

On 12 July 1932 Holt married Margaret McConnell, who was superintendent of the music curriculum for the Graham schools. They had no children. He was survived by his wife and his younger brother, Sidney.