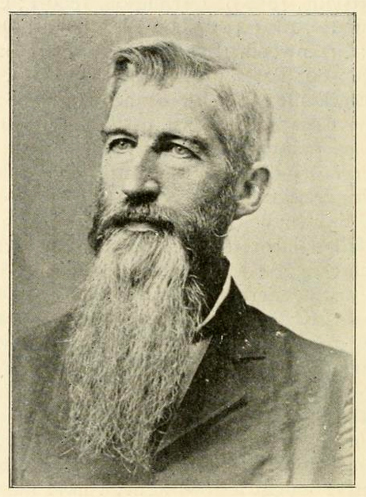 Samuel Lander, teacher, author, and clergyman, born in Lincolnton, was the son of the Reverend Samuel Lander and his wife, Elizabeth (Eliza) Ann Miller, both natives of Ireland. He began school at age four and after the school day was introduced to Greek and Latin by his uncle, J. W. Murphy, even before he had studied English grammar. Soon afterwards his sisters began to teach him to play the piano and guitar, while a teacher at the local academy taught him sight singing. In 1847 or 1848 he was sent to Lexington to continue his studies under Murphy, who had moved to that town. In 1849 Lander entered the sophomore class at Randolph-Macon College in Virginia; he was graduated in 1852, at age nineteen, with highest honors. While in college he taught himself fine penmanship and developed the habit of taking long walks with friends while discussing scholarly subjects.

Returning home to Lincolnton after graduation, Lander studied civil engineering and participated in the surveying of a new road from Lincolnton to Charlotte. He also began a practice that he continued almost until the year of his death—the study of foreign languages. Although he never learned to speak them, he was able to read German, French, Spanish, Italian, Hebrew, and Portuguese; further, he made considerable progress during a three-year study of Volapük, an artificial international language. Young Lander became tutor to the children in the Michael Hoke family but in 1853 joined the faculty of Catawba College as an instructor. In 1855 he received a master's degree from Trinity College, which also awarded him an honorary D.D. degree in 1878.

From Catawba College, Lander moved for a brief time to Olin Institute in the northern part of Iredell County. He then taught foreign languages at Randolph-Macon College for a year before accepting a post at Greensboro Female College, where he remained for three years. He next became president of the High Point Female Seminary. Returning to his native town, he founded the Lincolnton Female Seminary, but in 1868–70 he was president of Davenport Female College in Lenoir. Late in 1870 Lander moved to South Carolina to become copresident of Spartanburg Female College. However, after less than a year he was persuaded to accept appointment as a Methodist minister in charge of the Williamston Circuit and to establish and direct the Williamston Female College. In February 1872, he began the work that was to occupy him for the remainder of his life at the new school, then in Williamston, S.C., that now bears his name—Lander College. In 1904 the college was moved to Greenwood.

In 1861 Lander was licensed as a local preacher. During the Civil War, to meet the need of Southern schools, he was persuaded by North Carolina educational leaders to write several textbooks. He was the author of Our Own Primary Arithmetic and Our Own School Arithmetic, both published in Greensboro in 1863, and of The Verbal Primer, published in 1865. The latter was a pioneer in teaching reading by the word rather than with the alphabet.

When I discovered that

When I discovered that Amherst College was named for Jeffrey Amherst (gave Natives blankets with smallpox) I had to know more about other colleges and their origins. Thank you very much.