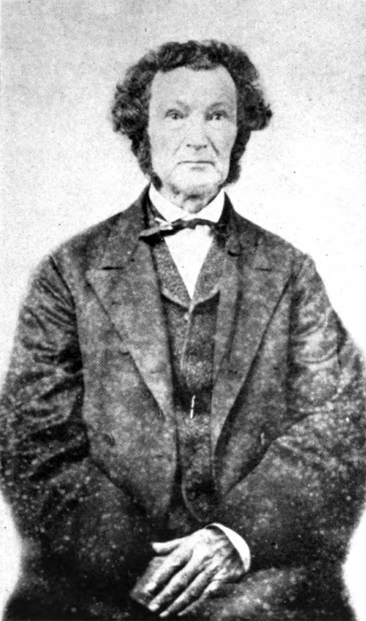 Solomon Lea, Methodist minister and educator, was born in Leasburg, the son of William, a merchant and a county sheriff, and Sarah McNeil Lea. He was a descendant of James Lea, of King and Queen County, Va., a pioneer settler of Caswell County and a founder of Leasburg. Solomon's brothers, Lorenzo Dow and Addison, were also Methodist ministers. Lea was reared in Leasburg and attended The University of North Carolina, where he received an A.B. degree in 1833. He was awarded an A.M. degree in 1838.

Beginning in 1834, Lea taught for a year in the Warrenton Academy. There he met Sophia Ainger (1810–66), a native of England and a music teacher in the school, whom he married in 1837. Leaving Warrenton, he accepted a teaching position in the preparatory department of Randolph Macon College in Boydton, Va., where he remained until 1841, when he became president of Farmville Female School, also in Virginia.

On 1 Feb. 1846 Lea became the first president of Greensboro Female College in Greensboro, N.C. This new Methodist institution was the first chartered women's college in North Carolina and the second in the South. In addition to serving as president, he was professor of mathematics and ancient languages. Sophia Lea taught modern languages and was principal of the music department. Lea resigned from his position in December 1847 because of difficulties with a faculty member and lack of support from the trustees.

From Greensboro the Leas returned to Leasburg; here they resided for the rest of their lives except for two years when Solomon taught in Shelby, Tenn. In 1848 Lea opened the Somerville Female Institute, a preparatory school that gained a wide reputation for quality secondary education. His interest in astronomy led to naming the school for Miss Mary Somerville, a noted Scottish mathematician and astronomer. At its height, the institute employed four teachers and enrolled between fifty and seventy-five students from several states; Sophia Lea taught music until her death in 1866. Solomon operated the school for forty-four years, until declining health forced him to close it in 1892. In 1848 he had been licensed by the Methodist church to preach. Although he held no regular pastorates, he assisted on the Leasburg circuit for over fifty years and was in demand as a guest minister.

Solomon and Sophia Lea had six daughters and two sons, one of whom died in infancy. The surviving children were Annis Sophia, Lilyanne, Wilhelmina, Adeline, Eugenia, Henrietta, and Edward W. Wilhelmina studied music and taught for many years in the Somerville Female Institute and at Louisburg College.

William S. Powell, When the Past Refused to Die: A History of Caswell County (1977 [portrait]).

Hi I would love to have more

Hi I would love to have more information about Solomon Lea , thank you very much

Thank you for visiting NCpedia!

If you haven't already, I recommend checking out the list of References at the bottom of this article for additional information about Solomon Lea.

I've also forwarded your inquiry to reference services at the Government & Heritage Library at the State Library of NC. A librarian will contact you shortly to help with your question.