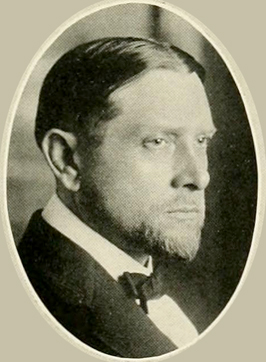 Thomas Bailey Lee, lawyer and judge, was born in Mocksville, the son of the Reverend William Drayton, M.D., and Sarah Ann Bailey Lee. He attended the Bingham School in Mebane and was graduated with honors from The University of North Carolina in 1894. In Chapel Hill, he was a member of the Order of the Gimghoul and the Dialectic Society and was editor of the yearbook, The Hellenian, and of the student newspaper, The Tar Heel. From 1894 to 1898 he taught languages at the Bingham School, then located in Asheville.

In 1897 Lee was admitted to the bar, having studied law at The University of North Carolina between his teaching stints. The following year he moved to Butte, Mont., where he was admitted to the Montana bar and began practicing. He moved to Burley, Idaho, in 1904 and was prosecuting attorney for Cassia County from 1908 to 1912 and again from 1916 to 1920. Between 1912 and 1914 he served as municipal attorney for Burley. In 1920 Lee was elected district judge for Idaho's Eleventh District, a post he held until 1926, when he became an associate justice of the state supreme court. He served as chief justice in 1931–32 before losing his seat on the court in the election of 1932. In 1934 he was reelected to the judgeship of the Eleventh District.

A Republican, Lee was a member of the American Bar Association and the Idaho Bar Association. In 1895 he served as a captain in the North Carolina State Guard. He was also a Mason, an Elk, a Rotarian, and a member of the Sons of the American Revolution. On 4 Nov. 1907 he married Irene Teasdale of Pocatello, Idaho, and they became the parents of four children: Sarah Belle, Mary Katherine, Eleanor Jane, and Thomas Bailey, Jr.

John W. Leonard, Who's Who in Jurisprudence: A Biographical Dictionary of Contemporary Lawyers and Jurists (1925).