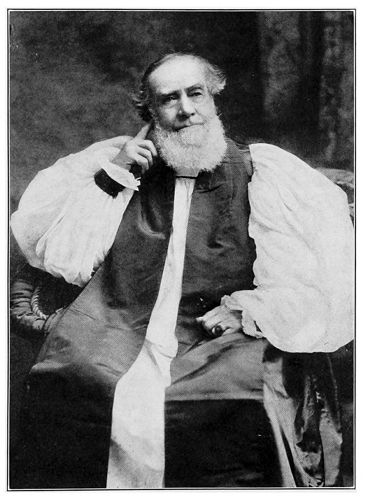 Theodore Benedict Lyman, Episcopal bishop of North Carolina, was born at Brighton, Mass., the son of Asa Lyman (1777–1836), Congregational clergyman, educator, and bookseller, and Mary Benedict Lyman; both were of distinguished New England families. His brother was a priest in the Roman Catholic church. After graduation in 1837 from Hamilton College in New York, Lyman entered the General Theological Seminary in New York City to prepare for the ministry. He was graduated in 1840, and on 20 September of that year, at Christ Church, Baltimore, he was ordained a deacon by the Right Reverend William Rollinson Whittingham. On 19 Dec. 1841 he was ordained to the priesthood by Bishop Whittingham.

From 1841 to 1850 Lyman was rector at St. John's Church in Hagerstown, Md., where he assisted in founding the College of St. James. From 1850 to 1860 he was rector at Trinity Church in Pittsburgh, Pa. For a decade he and his family lived in Europe, where he established a church outside the Vatican; he traveled extensively in Europe and the Orient. In 1870 he accepted a call, arranged in part by tourists in Rome, to the rectorship of Trinity Church in San Francisco.

On 30 May 1873 at the diocesan convention in Fayetteville, N.C., Lyman was elected assistant bishop of the Diocese of North Carolina; on 11 Dec. 1873 consecration services were held at Christ Church, Raleigh, the first such ceremony in the diocese. Following the selection of Raleigh as his official residence, he built a house at North and Wilmington streets, where he housed his collection of art works. His summer home, Buena Vista, was in Hillsborough. The family became members of the Church of the Good Shepherd on Hillsborough Street, Raleigh, which had been founded in 1874 and to which he left a legacy in his will for the construction of a new sanctuary. At the death of Bishop Thomas Atkinson on 4 Jan. 1881, Lyman succeeded to the bishopric of North Carolina (fourth of North Carolina and one hundred and third in succession of the American episcopacy). In 1883 the Diocese of East Carolina was formed from the Diocese of North Carolina, with Alfred Augustin Watson, whom Lyman had consecrated, elected first bishop.

Lyman attended several Lambeth conferences in England and traveled in Europe. In 1886 he was selected as successor to the Right Reverend Abram Newkirk Little-john to supervise American Episcopal churches on the Continent. He was the recipient of honorary degrees from Hamilton College (D.C.L.), the College of Saint James (D.D.), and The University of North Carolina (LL.D.).

Bishop Lyman was married twice. On 24 June 1845 he married Anna Margaret Albert, and they had six children: Albert Benedict, M.D., Frances Augusta, William Whittingham, Theodore Benedict, Augustus Julian, and Anna Cornelia Roma. Anna Lyman died on 13 Apr. 1889. On 6 Feb. 1893 he married Susan Boone Robertson. After his death at age seventy-eight, he was interred in Oakwood Cemetery, Raleigh; in 1914 he was reinterred in the sanctuary of the Church of the Good Shepherd, and a stone marks the location. On display in the Parish House of Christ Church, Raleigh, are portraits of all the Episcopal bishops of North Carolina. Lyman was succeeded by Joseph Blount Cheshire (1850–1932), whom he consecrated.