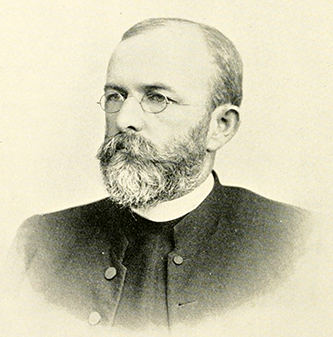 Cheshire received his earliest education at home from his mother. At the age of nine he went to a school taught by the Reverend and Mrs. Thomas R. Owen. Two years later he entered the Tarboro Male Academy, where he was prepared for college by Frank S. Wilkinson. In February 1866 he was able to enter the freshman class at Trinity College, Hartford, Conn.; his father chose this school because it was under the control of the Episcopal church and because its president, Dr. John B. Kerfoot, was a personal friend. While at Trinity, Cheshire was a member of the Alpha Delta Phi Fraternity and in his senior year was president of his class. After three and a half years there, he was graduated in June 1869 with the degree of B.A.

From 1869 to 1871, Cheshire taught Greek and Latin at St. Clement's Hall, Ellicott City, Md. Then he began the study of law under the direction of William K. Ruffin of Hillsborough, son of Chief Justice Thomas Ruffin. Following several months' study with Ruffin and three months' work in the law office of Judge George Howard of Tarboro, he received his license to practice law in January 1872. He commenced his law practice in Baltimore in partnership with George Hooper, a Trinity College friend. This connection continued for fifteen months, until Cheshire returned to Tarboro to join the law firm of Colonel John L. Bridgers and his son, John L., Jr. Together they made up the firm of Bridgers, Cheshire and Bridgers. In addition to his law practice, Cheshire became secretary and treasurer of the Pamlico Banking and Insurance Company, a position requiring only a few hours of work each day.

As early as 1876, Cheshire decided that he would offer himself as a candidate for holy orders. He had been contemplating making this important step for several years but did not want to do so until he had made a success in his law practice. He began the systematic study of theology under the direction of his father. On 21 Apr. 1878 he was ordered deacon by Bishop Thomas A. Atkinson in Calvary Church, Tarboro. Following his ordination, Bishop Atkinson, upon the request of Kemp P. Battle, president of The University of North Carolina, assigned him to the Chapel of the Cross, Chapel Hill, where he was to serve his diaconate under the direction of Dr. Robert Sutton, rector of St. Bartholomew's parish, Pittsboro. On 30 May 1880, two years after going to Chapel Hill, Cheshire was ordained priest. In addition to his work at the Chapel of the Cross, he organized a mission and built a church in Durham, which he named for St. Philip, the Deacon.

In the spring of 1881, Cheshire accepted a call to become the rector of St. Peter's Church in Charlotte, one of the largest parishes in the Diocese of North Carolina. His ministry at St. Peter's was characterized by his activities in extending the missionary work of the Episcopal church not only in Charlotte but also in Mecklenburg and Union counties. During his twelve years as rector of St. Peter's, he increased its membership from 137 to 263. He organized and established St. Martin's parish, St. Michael and All Angels' mission for blacks, St. Mark's mission at Mecklenburg, and St. Paul's mission at Monroe. He sponsored the building of St. Peter's and the Good Samaritan hospitals, and assisted the Reverend E. A. Osborne in establishing the Thompson Orphanage. An important accomplishment of his ministry in Charlotte was an improved relation between the Episcopal church and the other local denominations.

In addition to his parochial and missionary work, Cheshire took an active part in the affairs of the diocese. He was chairman of the Committee on Canons for several years and, while holding this position, compiled an important revision of the diocesan canons. He also served as a clerical deputy in the general conventions of 1886, 1889, and 1892. From 1885 to 1893 he was a member of the board of trustees of the University of the South.

Upon the request of Bishop Theodore Benedict Lyman for assistance in his office, a special convention of the Diocese of North Carolina met in Raleigh on 27 June 1893 for the purpose of electing an assistant bishop. Among the seven priests nominated, the Reverend Francis J. Murdock, rector of St. Luke's Church, Salisbury, and Cheshire were the leading candidates. After thirty-nine ballots, Cheshire was elected assistant bishop of the Diocese of North Carolina. His consecration took place on 15 Oct. 1893 in Calvary Church, Tarboro. Just two months later he became diocesan upon the death of Bishop Lyman. Cheshire was the first native clergyman of the state to be elected to the episcopate of North Carolina.

One of the first acts of his episcopate was the initiation of a vigorous missionary program in the mountain counties of the state. He soon realized that the work required more time than he could devote to it, and at the general convention of 1895 he proposed the creation of a missionary district composed of the western counties in his diocese. The proposal was adopted and the district was placed under his charge until a missionary bishop was elected. Three years later the Reverend Junius Moore Horner became missionary bishop of the Jurisdiction of Asheville.

At the annual convention of 1897, Cheshire proposed that St. Mary's School in Raleigh should be taken over as a diocesan institution. This school had been established in 1842 by Dr. Aldert Smedes, an Episcopal clergyman; it functioned as a private school under his direction and later under that of his son, the Reverend Bennet Smedes. When Smedes decided to discontinue operating the school, Cheshire saw the opportunity of making it an important educational institution for the diocese. His plan was adopted by the diocesan convention, and he raised the funds for the purchase of the property and for an endowment. Shortly afterward, Cheshire was able to make St. Mary's School an institution of all the dioceses of North Carolina and South Carolina, an acquisition he considered one of the most important accomplishments of his episcopate.

In his relations with his black clergy and laity, Cheshire was remarkably successful. When the separation of the races within the church was proposed, he was opposed to the move, but when he became convinced that the change was strongly desired by black churchmen, he supported the movement in the general convention. In 1918 the diocesan convention elected the Reverend Henry B. Delany suffragan bishop in charge of work among blacks. Delany had been archdeacon of the Convocation for Colored Work in the diocese for the past ten years.

Throughout his life, Cheshire had an abiding interest in history, particularly that of his church and state. In 1884 he was elected historiographer of the Diocese of North Carolina, an office he held until he became bishop. One of his earliest publications was a monograph, The First Settlers of North Carolina Not Religious Refugees, in which he maintained that the early settlers came not seeking religious freedom but for economic reasons. In 1892 he edited a volume of historical papers entitled Sketches of Church History in North Carolina, three of which were written by himself. The papers had been prepared for the one-hundredth anniversary of the first attempt to organize the Episcopal church in North Carolina following the Revolution. Cheshire's most ambitious and significant historical work was The Church in the Confederate States, published in 1912. In this volume he described the organization of the Episcopal church in the Confederate States, its work among the soldiers, its attitude toward blacks, its publications, and finally the reunion of the church in 1865. Among other historical productions were Milnor Jones, Deacon and Missionary (1920); his reminiscences of North Carolina personalities and incidents, published in 1930 under the title Nonnulla ; and several parish histories. Cheshire's work as a historian was recognized when in 1930 he was elected president of the State Literary and Historical Association. Other honors included the D.D. degree from The University of North Carolina (1890), the University of the South (1894), and his alma mater, Trinity College (1916). 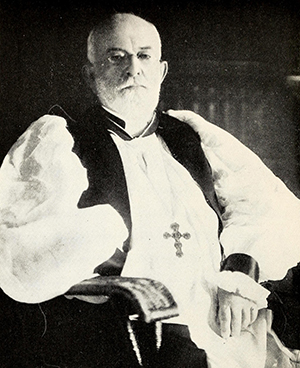 Cheshire attended every meeting of the general convention of the church while he was bishop. He also attended the Lambeth Conferences of 1897, 1908, and 1920.

In 1922, after twenty-nine years in the episcopate, Cheshire gave his consent to the election of a bishop coadjutor to assist in the ever-growing work in his diocese. The Reverend Edwin Anderson Penick, then rector of St. Peter's Church, Charlotte, was elected to that office and consecrated on 15 Oct. 1922. From that time on, Cheshire gradually turned over the work of the diocese to his coadjutor.

In addition to his accomplishments as a clergyman, prelate, and scholar, Cheshire attained considerable skill and reputation as a sportsman. Fishing and hunting were the sports he enjoyed most. He once remarked that he had been fond of fishing from his boyhood but that his liking for it increased with age. His prowess as a hunter of wild turkeys was legendary in his diocese. He also had an enviable reputation as a raconteur of rare charm, and many of his stories were derived from his fishing and hunting experiences.

Cheshire was sometimes found unintentionally blunt and even brusque in his manner, as a result of his forthright and completely honest disposition. Bishop Penick described his counsel as "penetrating and true and bracing like fresh air in a stuffy room." In churchmanship, Cheshire was not a ritualist, but throughout his episcopate he emphasized the catholic character of the church and insisted upon a strict adherence to the rubrics of the Book of Common Prayer and the canons of the church.

Joseph Blount Cheshire, Fifty Years of Church Life in North Carolina (1926), and "Some Account of My Life for My Children," Carolina Churchman, January 1934–May 1935.

Journal of the Convention of the Diocese of North Carolina, 1878–1933.

"Right Rev. Joseph Blount Cheshire, Jr. , D.D., Bishop of North Carolina." Photograph. A memorial volume of the Guilford Battle Ground Company. Organized May 6, 1887, at Greensboro, N.C. It contains a brief history of the battle of Guilford Court House, an account of the organization and progress of the Guildford Battle Ground Company, biographical sketches, and a full account of the Holt monument and its dedication, July the 4th, 1893. Greensboro, N.C., Reece & Elam, printers. 1893. 78. https://archive.org/stream/memorialvolumeof00guil#page/n127/mode/2up