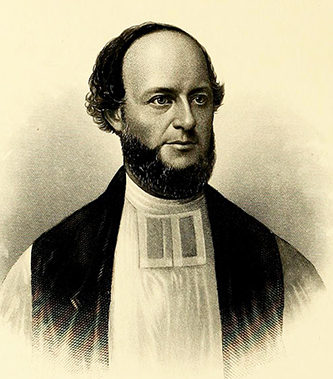 Aldert Smedes, Episcopal clergyman, was the founder and for thirty-five years rector of St. Mary's School (now St. Mary's College), Raleigh. The eldest of twelve children, he was born in New York City, the son of Abraham Kiersted, who was from an old Knickerbocker family, and Elizabeth Sebor Isaacs Smedes, who was of English ancestry. A brother, William Crosby Smedes, attorney and railroad president, was a member of Mississippi's Secession Convention. Another brother, the Reverend John Esten Cooke Smedes, D.D., was president (1872–84) of St. Augustine Normal School and Collegiate Institute (now St. Augustine's College), Raleigh.

Aldert Smedes entered Columbia College at age thirteen but moved with his family to Lexington, Ky., and completed his degree at Transylvania University. He also read law and was admitted to the Kentucky bar. In 1832 he was graduated from the General Theological Seminary and ordained deacon; he was ordained priest in 1834. He served Christ Church in New York City (1832–36) as assistant to Dr. Thomas Lyell.

From 1836 to 1839 Smedes served as rector of St. George's Church in Schenectady, N.Y. Despite the fact that a chronic throat ailment necessitated his spending about a year of this time resting and traveling in Europe and the Holy Land, Smedes's pastorate resulted in an enlarged membership and a building program. Reluctantly, in the spring of 1839 he resigned and returned to New York City, where he and his widowed mother ran a private school for girls. 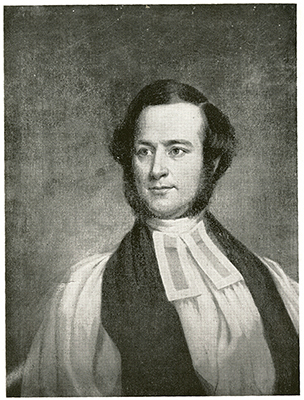 On 12 May 1842 Smedes opened St. Mary's School in Raleigh. This school for girls was a private venture under the patronage of the Right Reverend Levi Silliman Ives, D.D., bishop of North Carolina, who had asked Duncan Cameron to buy the campus of the defunct diocesan school for boys, the Episcopal School of North Carolina, and to lease the property to Smedes. These private arrangements continued through two generations of both families, but Episcopalians regarded St. Mary's as their diocesan school almost from its founding. The school became the embodiment of Aldert Smedes's conviction that society could be transformed through the influence of educated Christian women, and he gathered a competent and exceptionally dedicated faculty. Some 1,900 young women were educated under Smedes's rectorship. Although the school did not then grant diplomas, it followed a rigorous curriculum that produced many teachers. In addition, St. Mary's became the cultural center of antebellum Raleigh. Smedes opened Trinity, a classical school for boys, near Raleigh in 1847, but it existed for only about five years. The University of North Carolina recognized his contribution by awarding Smedes a doctor of divinity degree in 1854.

Although Smedes was not an ardent secessionist, he cast his lot with the South and his school did not close during the Civil War. It served as a refuge for many, including Mrs. Jefferson Davis and her children in the summer of 1862. Classes met as usual during the last weeks of April 1865, when Federal troops were encamped in the St. Mary's Grove. An astute businessman, Smedes weathered Reconstruction. He provided many scholarships from personal funds accumulated from investments in the North before the war, so that more southern young women could be educated during those depressed years.

An active churchman, Smedes served his diocese as a member of the standing committee for many years. He was a trustee of the General Theological Seminary, the University of the South, and St. Augustine's. The Right Reverend Thomas Atkinson, D.D., bishop of North Carolina, said of Smedes that he "accomplished more for the advancement of his diocese and for the promotion of the best interests of society in its limits than any man who ever lived in it." Despite declining health, Smedes continued his arduous duties at St. Mary's until his death there. He was buried in Oakwood Cemetery, Raleigh.

Portraits of Aldert and Sarah Smedes are in the possession of Mrs. Hargrove Bellamy, Wilmington, N.C.; copies are owned by St. Mary's College.

"The duties of a young woman." Antebellum North Carolina. LearnNC.org. http://www.learnnc.org/lp/editions/nchist-antebellum/4483 (accessed May 24, 2013).

Berger, Kristen Tyler. The Belles of St. Mary's: A New Kind of Education for Southern Women In the 1850s
Bachelor of Arts in History Thesis. University of North Carolina at Asheville. 20 November 2007. http://toto.lib.unca.edu/sr_papers/history_sr/srhistory_2007/berger_kristen_tyler.pdf (accessed May 24, 2013).