Herbert Evans Peele, newspaper editor and publisher and radio executive, was born in rural Halifax County at Crowell's Crossroads, the son of the Reverend Robert Evans and Adelaide Whitehouse Peele. His early education was sporadic and varied in public schools in North Carolina and South Carolina where his father served as a Baptist pastor. He was graduated from high school at Mullins, S.C. in 1900. At age eighteen he entered Wake Forest College, Wake Forest. Stringent financial limitations required that he "go to school a while, work a while." Following his first year of college, he taught for five years in South Carolina. In the fall of 1906 he returned to Wake Forest and completed his academic work, graduating (1908) with a bachelor of arts degree magna cum laude.

Two careers appealed to Peele: teaching and journalism. He held his first newspaper job as a printer's devil on the Timmonsville (S.C.) Enterprise (1904). There he really got "printer's ink on his hands," and the lure of the newspaper won over teaching. He may have worked on other newspapers at odd times and in between sessions at college, but his first full-time newspaper connection was a summer job with a paper in Lumberton in 1905.

Peele taught in Florence, S.C., for two years (1908–10), then spent one year (1910–11) in Andrews, N.C., as superintendent of schools. In 1911 he negotiated the lease and ultimate purchase of a weekly newspaper in Elizabeth City, The Tar Heel. Thus began a location and an occupation that continued for the rest of his life—forty-one years. 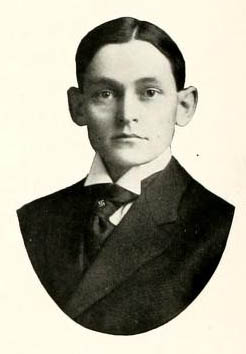 It would be interesting to know why Peele changed the name of the paper in 1912 from The Tar Heel to The Advance. It is possible that the campus newspaper at The University of North Carolina made prior claim to the name, but more likely he wanted a new name to make it more his paper. The Advance operated as a local weekly, until about 1918, when it became The Daily Advance and was published each weekday afternoon. Under that name it became an effervescent and indomitable influence in northeastern North Carolina. Peele's province was not limited to Elizabeth City and Pasquotank County, for a hundred miles around, throughout the coastal region and west of it, he claimed an undying concern and exerted a continuing influence for progress.

In 1949 Peele sold the paper and thereafter devoted his full attention to an adjunct journalist project, radio station WGAI, which he had purchased several years earlier. He believed that the media, too, should inform as well as entertain its listeners.

On both the paper and the radio, Herbert Peele practiced a type of journalism that was informal, intimate, and scrupulously accurate and kind. His standards for himself and his staff were high and exacting. For both media he did a very personal column headed "Peelings"—with a heavy sprinkling of the first-person pronoun, unabashed references to "Miss Kate," his wife, and their joint interests, and his friends in Elizabeth City and around three states.

His editorials were widely read and as widely quoted by other editors, who recognized him as a deliberate but calm crusader for many causes that meant progress for his section of the state. Peele pleaded for good roads. He wanted adequate air service in the new age. He believed growth could come only with good schools. He found much along the coast, especially on the Outer Banks of North Carolina, that deserved preservation. He was interested in its history from the "Lost Colony" to the Wright brothers' memorial. Peele served for a number of years as a trustee of Wake Forest College, his alma mater, and was always cordially interested in its alumni association.

It was to all of these concerns that he dedicated his subtle, studied capacity for communication. It was his commitment to enhance the Albemarle region that earned him the affectionate title, "Mr. Albemarle." The Albemarle of 1911 was an isolated, inaccessible area as far as North Carolina was concerned. A journey from Elizabeth City to Raleigh was best done by going first to Norfolk, Va. Herbert Peele turned the whole picture around. Long bridges across wide rivers and sounds connected good highways west. Airports provided quick travel. The Albemarle became an accessible, integral part of the state, and he lived to see his handiwork. As virtually a one-man chamber of commerce and a masterful publicist, he drew attention to the region. State and local governments and private investment contributed to the changes.

Peele remained a soft-spoken, mild-mannered man, known to thousands whether they had ever seen him or met him. They knew his ideals and objectives; they knew he was promoting their causes, and they loved him for it. His church was Blackwell Memorial Baptist, which he found many ways to serve; Peele gave his presence and his means to its program. The Rotary Club of Elizabeth City knew him as one who truly put "Service Above Self." A charter member, he held many offices, including president, and often attended district conferences and intercity meetings.

In the North Carolina Press Association, he was a familiar figure, twice its vice-president (1929–30, 1941–42), once its president (1946–47). His fellow editors admired him and the principles of good journalism he exemplified. In 1933 Governor J. C. B. Ehringhaus appointed him secretary-treasurer of the North Carolina Railroad, and he served in that post through 1937.

Up and down the streets of Elizabeth City Peele was known, hailed, and respected. On his death an editorial in the Asheville Citizen commented, "It is not too much to add that there was scarcely any newspaper executive in North Carolina who enjoyed to quite the same degree the confidence of other Tar Heel publishers." His staff gave him an intense loyalty, and he inspired in them a high level of journalism.

Peele married, in June 1913, Kate Ford of Mullins, S.C., in a ceremony performed at Meredith College, Raleigh, where she was an art teacher. They had two sons: John (d. 1946) and Thomas. Miss Kate was almost as well known as her husband; every day she worked by his side. It was "their" newspaper, "their" radio station. They complemented each other in extraordinary fashion. She was walking to work with him that early morning in December when he died suddenly at age seventy. Funeral services were held at Christ Church (Episcopal), whose rector assisted Peele's own Baptist pastor in the service. Burial followed in the Hollywood Cemetery, Elizabeth City. Several years after his death, his widow edited and published Mr. Albemarle: Some Quotations from Herbert Peele's Editorials and Peelings (1955).