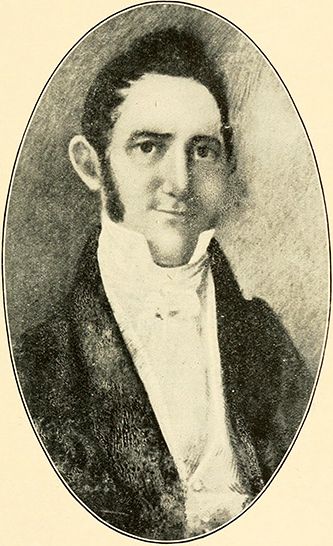 Thomas Gilchrist Polk, political figure and general of militia, was born in Mecklenburg County, the eldest child of Colonel William and Griselda Gilchrist Polk. Among his prominent relatives were his brother, Dr. William Julius Polk, his half brothers Lieutenant General Leonidas Polk and Colonel Rufus K. Polk, and a second cousin, President James K. Polk. In 1805 he entered The University of North Carolina, where he was a member of the Dialectic Society and was graduated in 1809. Afterwards he studied law and in 1816 was granted a master of arts degree. Though trained for and admitted to the bar, he was quite wealthy and never practiced.

During the legislative sessions of 1823, 1824, and 1825 Polk represented Mecklenburg County in the House of Commons. About 1826 he moved to Salisbury and there married Mary Eloise Trotter; they became the parents of Mary Adelaide (Mrs. George Davis), Jane (Mrs. A. Buchelle), William, Richard, Emily C., and Thomas G. In Salisbury, Polk represented Rowan County in the House of Commons in the sessions of 1829, 1830, 1831, and 1832, during which he earned a reputation as an effective public speaker. He was one of three candidates for governor in 1832, but since none of the three received a majority of the vote, the legislature elected David L. Swain. Polk reentered public life as the state senator from Rowan County for the terms 1835 and 1836. 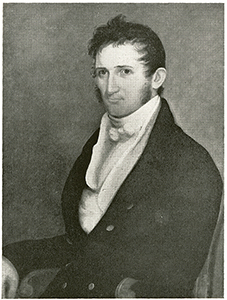 In Salisbury Polk also became president of the Rowan Auxiliary of the American Colonization Society and captain of the Salisbury Light Infantry. Later he was elected major general of the Fourth Division of the North Carolina militia over Brigadier General John N. Phifer of Cabarrus County. Polk advocated internal improvements and in a long address in Salisbury in November 1833 deplored the massive immigration from the state due to the lack of good roads and urged a state program of internal improvements.

He also was a member of the board of trustees of The University of North Carolina during the period 1831–39. His retirement from that board followed his move to La Grange, Tenn., in 1838, where he remained only a short while before settling in Holly Springs, Miss. The 1840 census there indicates that he owned eighty slaves. Thereafter he declined an opportunity to become a candidate for governor of Mississippi.

During the War with Mexico he was recommended for appointment as a brigadier general and consented to serve, but his cousin, President James K. Polk, declined to permit the appointment because of their family relationship. The last known official record of him occurs in the 1860 census, when he was a resident of the city of Holly Springs, Miss., and identified as a farmer owning extensive real estate and personal property.